Holden Racing Team star Garth Tander sits at the pointy end of the Championship after two V8 Supercars events and would love nothing more than to replicate his 2007 success at Barbagallo Raceway this weekend.

Tander earned pole position and three race wins in front of a home crowd that year, on his way to the Championship crown - which he won over Jamie Whincup by just two points.

For the West Australian - the only local in the field - that dominant weekend is one of his career highlights, an achievement he puts up there with his three Bathurst 1000 wins.

"That trophy sits right next to my Bathurst trophy, that's how important that weekend was," he said heading into the UBET Perth SuperSprint, which kicks off tomorrow. 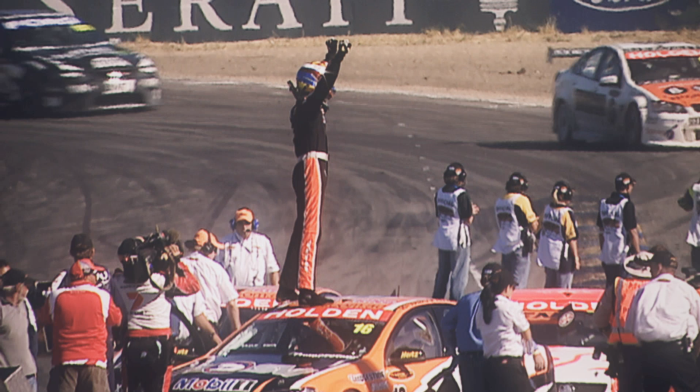 It's been a strong start for Tander in 2015, who finished on the podium at the Clipsal 500 and has declared he would be pushing for his second Championship victory this season.

"We're sitting inside the top five of the Championship and having another strong weekend here in Perth will, one, help the championship, but two, for me personally having success here is really key," he said.

"The car's been good - everything's a bit different now to what it was back in 2007 [including] different race formats - but we've bee amongst it all year and certainly haven't had a win yet so to do that at home would be great."

Tander's qualifying performance in Tasmania gave him an advantage over his teammate James Courtney when the team locked in strategies, and the #2 driver knows a good qualifying effort will go a long way at Barbagallo, particularly in the two 60km runs. Holden is looking for 300 pole positions this weekend, having achieved 297 to date in the sport.

"Qualifying here in Perth is critical - especially on Saturday, being such short races - so if we can qualify well that'd be great. If we can qualify on pole position and deliver 300 poles for Holden that'd be fantastic."

Tander's last pole position was at Sydney Olympic Park in 2012. His last race victory was in Townsville last year.

Both HRT cars will run the ANZAC Day tribute livery this weekend, carrying over from Tasmania.

Tickets are still available for the UBET Perth SuperSprint, kicking off tomorrow at Barbagallo Raceway. Click here for more information.