Garth Tander has set an impressive co-driver benchmark at the Vodafone Gold Coast 600, putting his Red Bull Holden more than three tenths clear of the field in Practice 2.

James Moffat looked set to finish the session atop the leaderboard until Tander reclaimed top spot, which he had held for much of the half-hour.

Shell V-Power’s Alex Premat and Tony D’Alberto were third and fourth, the latter having also held first for some time.

“We did a long run to do a race simulation for tomorrow,” Premat said.

“It’s nice to be back on this track. It’s very specific and I just love going through the kerbs and [close to the] walls.

“Just the feel, making sure you’re at the limit of the track, I just love it.”

Jack Perkins was fifth, with Jonathon Webb a surprise sixth for his Tekno Autosports squad.

At one stage the top four were split by 0.0045s as the co-drivers made the most of their only dedicated track time before Saturday’s 300km race.

Michael Caruso slid back to seventh by the end, ahead of Craig Lowndes, Dean Fiore and Will Brown.

Walsh ran deep at Turn 12 and then attempted to get out of the way of a fast-approaching Warren Luff at the following corner, only to be tagged into a spin, finding the fence.

Significant front-end damage was sustained, putting the car out of the session.

“I ran wide the corner before,” explained Walsh.

“I saw Luffy coming up to the back of me and thought I’d get out of the road.

“I think he’s just misjudged it and tagged the back of me coming out of the corner and it’s sent me into the wall.

“It’s a shame because you don’t get much running here.” 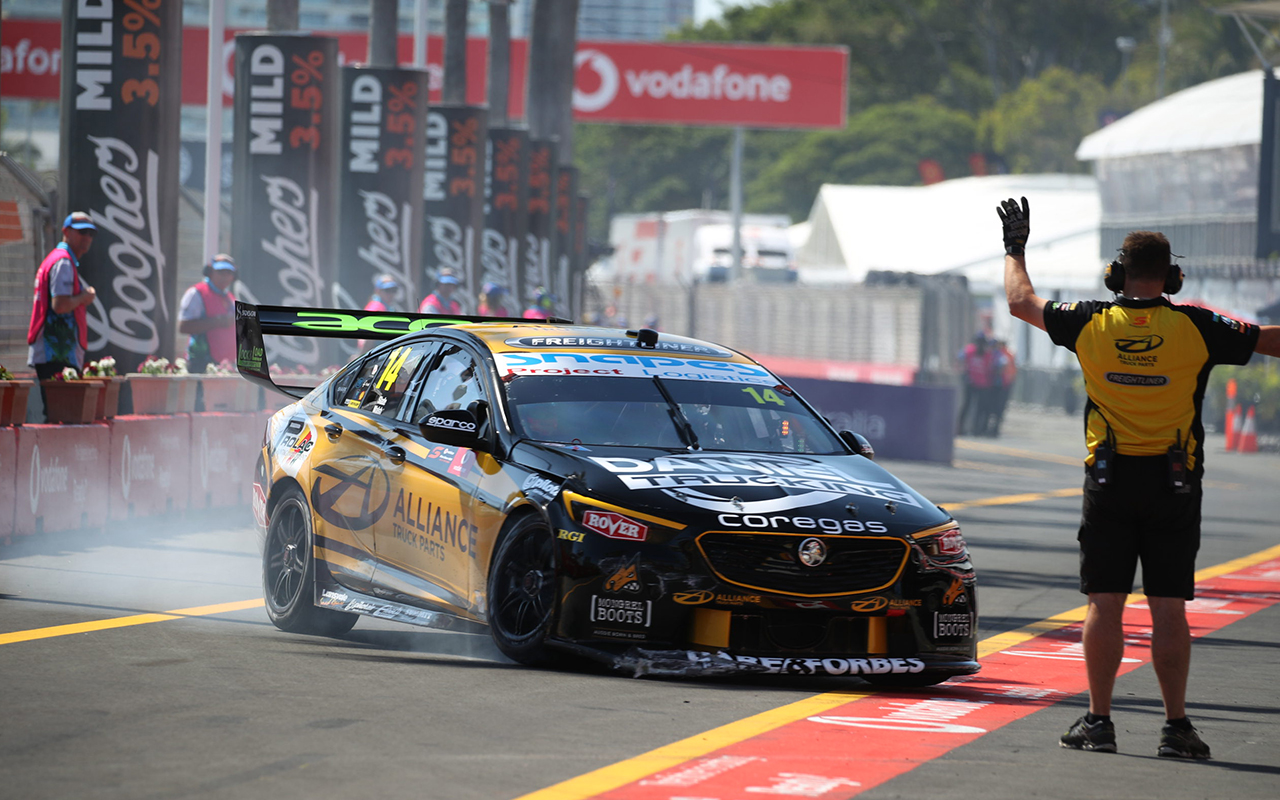 It follows Walsh not turning a single race lap at Bathurst after lead driver Tim Slade crashed out soon after the start.

The third and final practice session will take place at 4:45pm today.