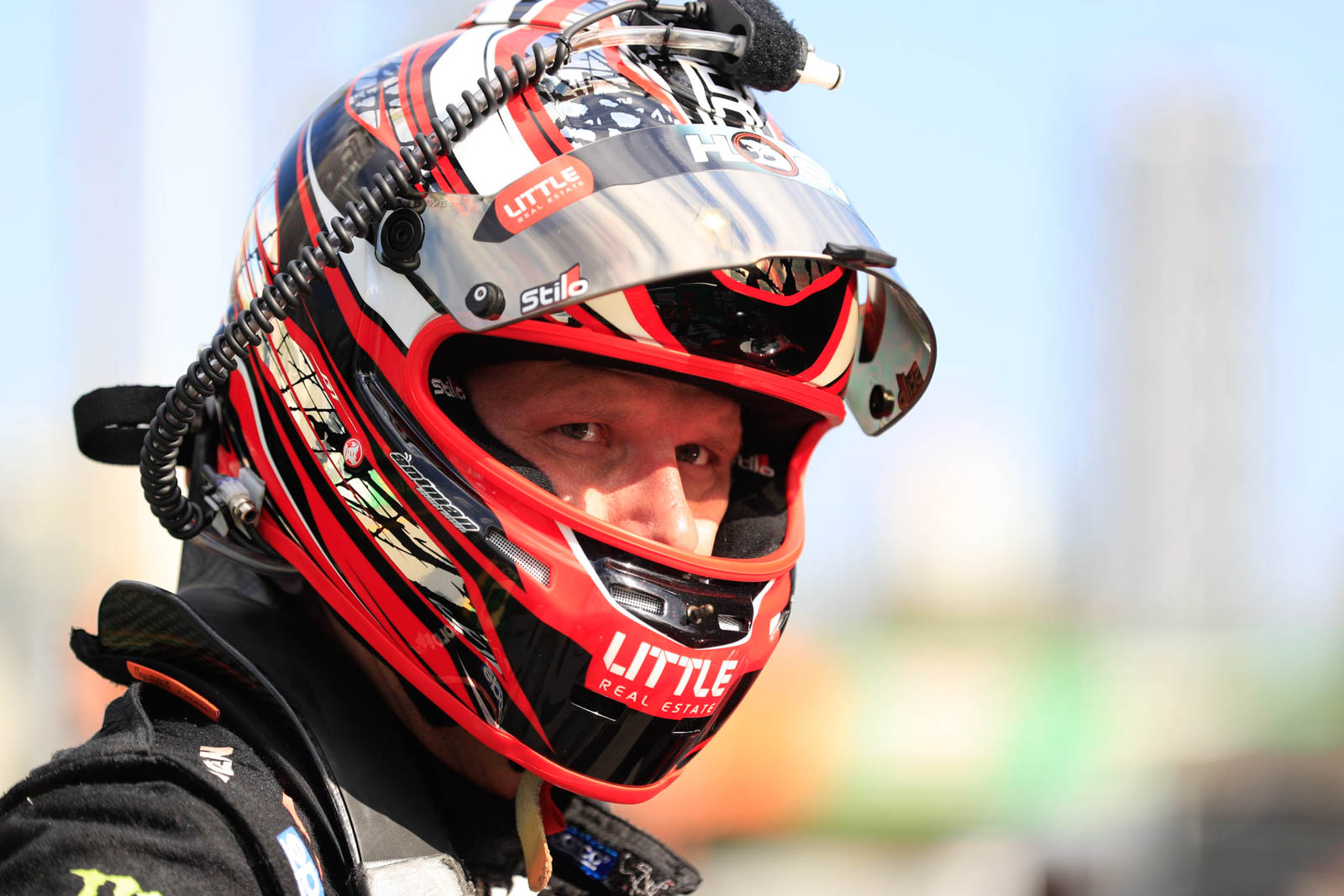 Garth Tander is giving little away about his future plans as heads to the 2016 Supercars finale in Sydney.

The veteran Supercars racer lines up for his final race with Holden Racing Team at this weekend’s Coates Hire Sydney 500 after nine years with the squad.

It was announced right after Tander’s Sandown win that he would be replaced by Scott Pye next year as the team ceases to run as the factory Holden outfit.

Plenty of questions have been asked about Tander’s future – a move to Garry Rogers Motorsport has been rumoured, or a co-drive at Triple Eight, the team that becomes the official Holden team – though the latter would mean stepping back from a full-time drive.

“With a bit of luck we won’t need a big send off,” he told supercars.com coming into the 2016 finale.

“We’re just working away in the background – if there’s something to announce hopefully we’ll be able to announce that in the right time. But at this stage, the way I see things, I don’t think there’ll be any announcements before Homebush – it might not even be before Christmas.

“So in reality, it’s just, go to the track this weekend, do the best job we can, try and do a professional job, finish the year off as best we can and see what the future holds.”

Tander brushed off the significance of his last race with the team, saying the team’s final race at HRT was more significant.

“I think in reality it’s fine,” he said.

“HRT will continue in some way shape or form and name in the future, but it won’t be what HRT was.

Many of the seats for 2017 have been locked down with just GRM and Lucas Dumbrell Motorsport to announce their full line-ups for next year. The future of Super Black Racing is still uncertain, with Jason Bright expected to shift his REC (Racing Entitlement Contract) to Prodrive and race on next year. Brad Jones is yet to announce which REC will underpin his third entry.

For Tander it’s not unusual to see so much reshuffling – though the last time he was up for renewal was 2014, and it was complete by May.

The 2007 champion believes points leader Shane van Gisbergen will take home this year’s title, with the final showdown set this weekend in Sydney between the quick Kiwi and his teammate, six-time champ Jamie Whincup.

“I think in reality Shane’s probably got more than enough of a buffer to get the job done, as long as nothing strange and out of his control happens,” Tander said.

“He’s probably the form guy going in in any regard because if you look at Homebush the last couple of years, he’s probably been the fastest guy there.

“I think in reality if I was in his shoes I’d be still sleeping pretty comfortably given his prior form at the circuit and the points lead that he has. So as long as he stays out of anything that’s out of his control, I don’t think it’d be too much of a drama.”

The Tander family has had reason to celebrate this week with Garth's wife Leanne becoming the first ever female Australian Formula Ford Champion on Sunday.