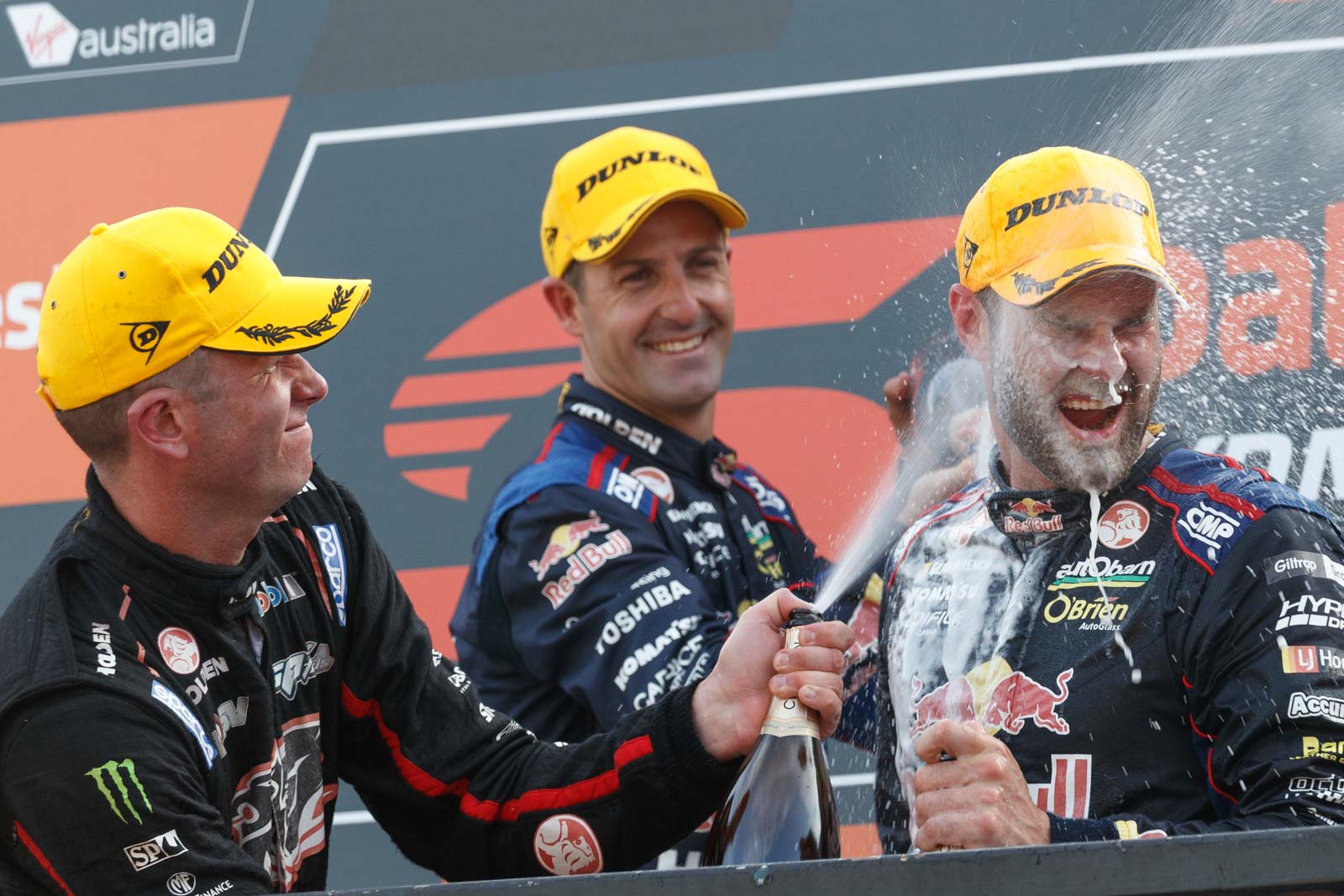 The Kiwi racer debuted the year Tander won his championship, 2007, and has grown into an extraordinary driver who has dominated this year’s Virgin Australia Supercars Championship.

Tander praised van Gisbergen’s maturity and talent after finishing second in today’s race behind Jamie Whincup – the man who finished second to Tander all those years ago at the Phillip Island finale.

“Having seen Shane’s development from his first time in the series to where he is now – seeing him mature and settle down has been really impressive to watch,” Tander said.

“I’ve been a teammate of his a couple of times in the GT series last year and couldn’t match him in the same car, he was seriously fast, so thoroughly deserved.”

After the collision with Mark Winterbottom in the opening laps, van Gisbergen rejoined 22nd. Pace, strategy and a well-timed safety car had him back in the mix and with 18 laps to go he picked off competitors one by one and wouldn’t back down for third when James Courtney made it difficult.

“The drive he put in today after what happened in the early laps, to come back and come back on the podium the way he did is probably a sweeter way to win the championship. Sitting down, have a beer tonight and think about it,” Tander said.

The 39-year old faces his last event with the Walkinshaw Racing team, which is running its final race as the official Holden Racing Team this weekend before the sponsorship shifts to the Red Bull outfit for 2017.

He struck victory for the first time since 2013 at Sandown with Warren Luff but was dismissed from the team in the days following as it reinvents itself for next year.

Tander is yet to announce his plans for 2017 though he was hopeful when speaking to supercars.com earlier this week.

“It doesn’t mean anything else. We said coming into this weekend it was more about trying to celebrate what HRT has been for the last 26 years and how that’s going to change after this weekend, so we’ll see if we can get ourselves on the podium – that’d be a nice place to celebrate. One down and one to go; we’ll try and do a good job tomorrow.

“But I wouldn’t have thought I had to do too much advertising, one result is not going to get me a job or not.”