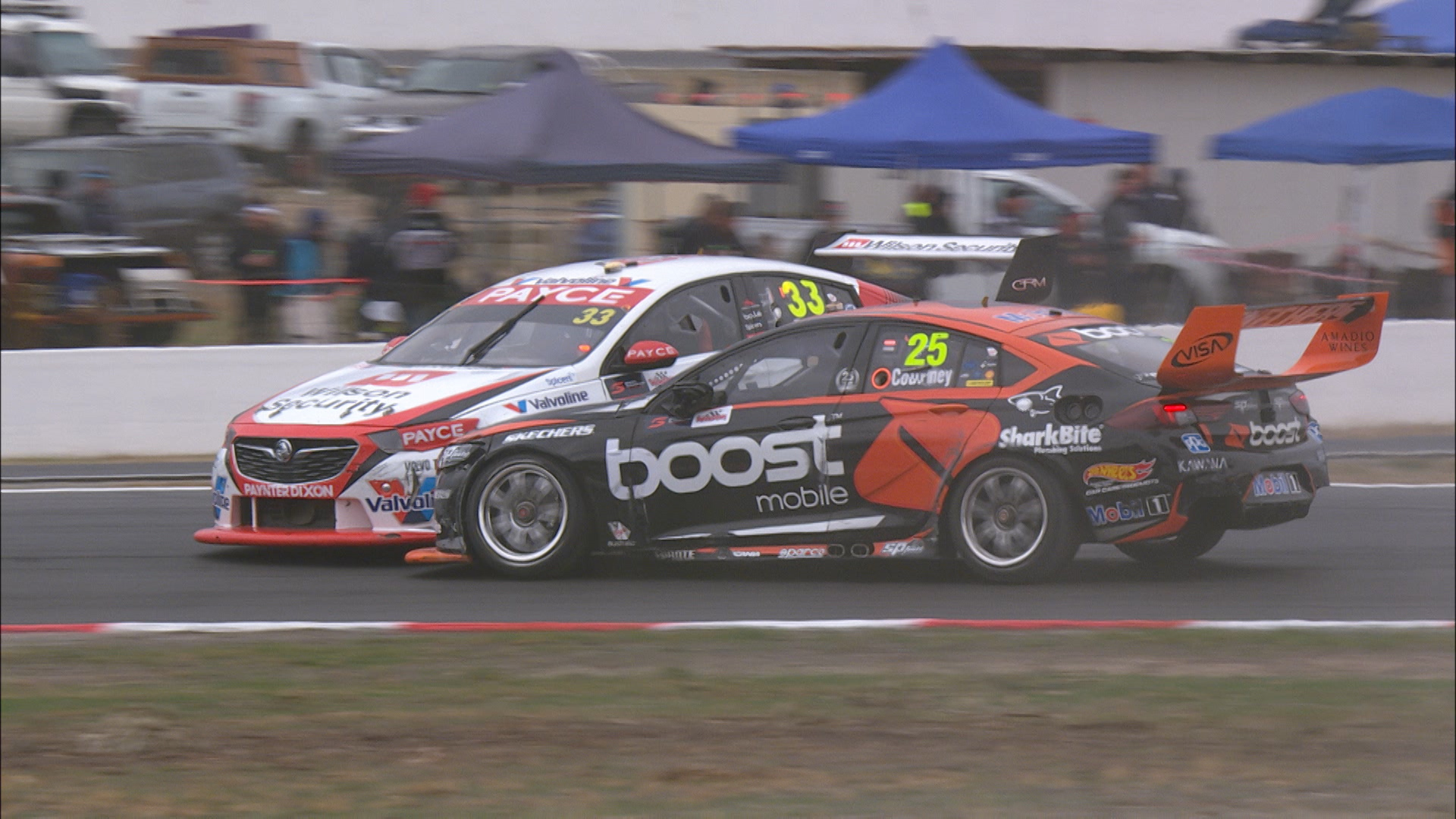 Garth Tander and James Courtney had a “colourful” confrontation in the paddock after the former team-mates tangled in the second leg of the Winton SuperSprint.

Tander spun at Turn 8 on lap 49 of 67 after contact from Courtney while the pair battled for 14th.

Courtney, who had a torrid race, went on to take the flag 14th before a 15-second time penalty – handed out in-race – dropped him to 19th.

Tander rejoined and took the flag 22nd, before seeking out the Mobil 1 Boost Mobile Racing driver to voice his displeasure.

“He was a little bit upset after it,” said Courtney, whose six-year stint as team-mates with Tander at the Holden Racing Team included a clash at Winton in 2015.

“He came and had a few colourful words to me, but once he calms down he’ll have a look at the replay and understand.

“There were a few colourful things, he brought up our old accident here like he likes to do, but emotions were high, we’re all pressing on and it’s going to happen.”

Courtney protested his innocence over his role in the collision, which came after the 2010 champ had survived early-race contact with rookies Anton De Pasquale and Jack Le Brocq.

“I got a bit of [tyre] build up, you get build up on the soft tyres and I pushed wide at 7 and he was on the inside and on the exit just squeezed me into the dirt,” recounted Courtney.

“I was on the dirt going around into 8 and obviously when you have two wheels on the dirt it doesn’t turn too well, so I understeered and touched him.

“He started to spin, I tried straightening him up to help him out, but he kept his foot in it and spun himself around. It’s disappointing, we’re all pushing on and working hard.”

Tander said Courtney refusing to take the blame was typical.

“I think it set the all-time record for how quickly they handed out a 15-second penalty, so he might be in the minority there,” the Wilson Security GRM driver said.

“That’s usually like James, he never does anything wrong.

“He was making a lot of mistakes and he made a mistake and I got round the outside of him and then he nailed me, so that was it, round we went.

“I’m used to it, he’s done it plenty of times, but anyway, move onto Darwin.”