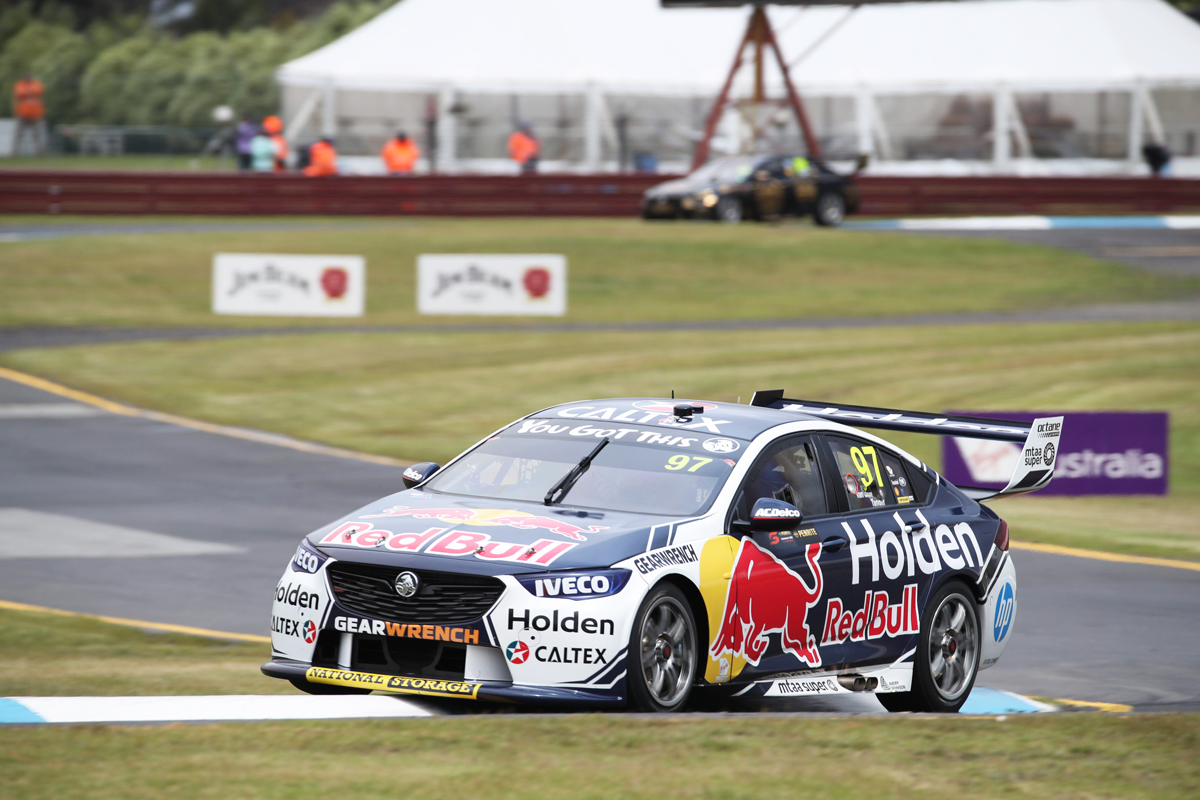 Garth Tander has topped opening practice at the Penrite Oil Sandown 500 as co-drivers gathered crucial track time ahead of the weekend.

Light rain fell during the morning, but not enough to prevent the field from putting down some quick times, with Tander's 1:08.0361s less than 0.2s from the practice lap record.

The timesheets for the co-drivers only session ultimately read Tander from Bryce Fullwood by five hundredths, followed by Dale Wood, Warren Luff and Jack Perkins.

Feeling out a variety of track changes was a big focus for drivers during the session, with some resurfacing work and new run-off at Turn 6 the biggest talking points.

"All your reference points are different," said Tander of Turn 6, which now features an extensive tarmac run-off.

"You can go heaps deeper there now because you know that it's not grass on the exit, so if you make a mistake and understeer wide, you know you got tarmac there to catch you.

"I don't know if that's a good thing or a bad thing, certainly a good thing if you're a car owner, it saves you a lot of money, but as a driver you want that commitment, that type of corner you really want commitment.

Luke Youlden was the first driver to find trouble, spinning at Turn 4 on his opening outlap.

Craig Lowndes and Ash Walsh later had spins there, the latter finding the tyre barriers.

Richards had some hairy moments, including a close call with Alex Premat at the end of the back straight, while Dean Canto was issued a mechanical black flag for a loose driver’s side door on his #21 Team CoolDrive Holden.

Premat, who ended the session 11th in McLaughlin's new Mustang, said Turn 6 is even faster now due to a better surface.

"All the things that's happened on the right [with the run-off], what they changed, you don't notice much," he said.

"You can see that there's more security because you can go wider on the off-track, which is like tarmac, which is better than the grass.

"That turn is going to be even faster than last year, especially because the fresh surface is very flat, so the car doesn't bottom here as it did in previous years."

Practice 2 will be held from 12:45pm before a second co-driver only session for the day at 3:20pm.

The unique Sandown format features a co-driver qualifying race on Saturday, with 50 championship points awarded to the winner.