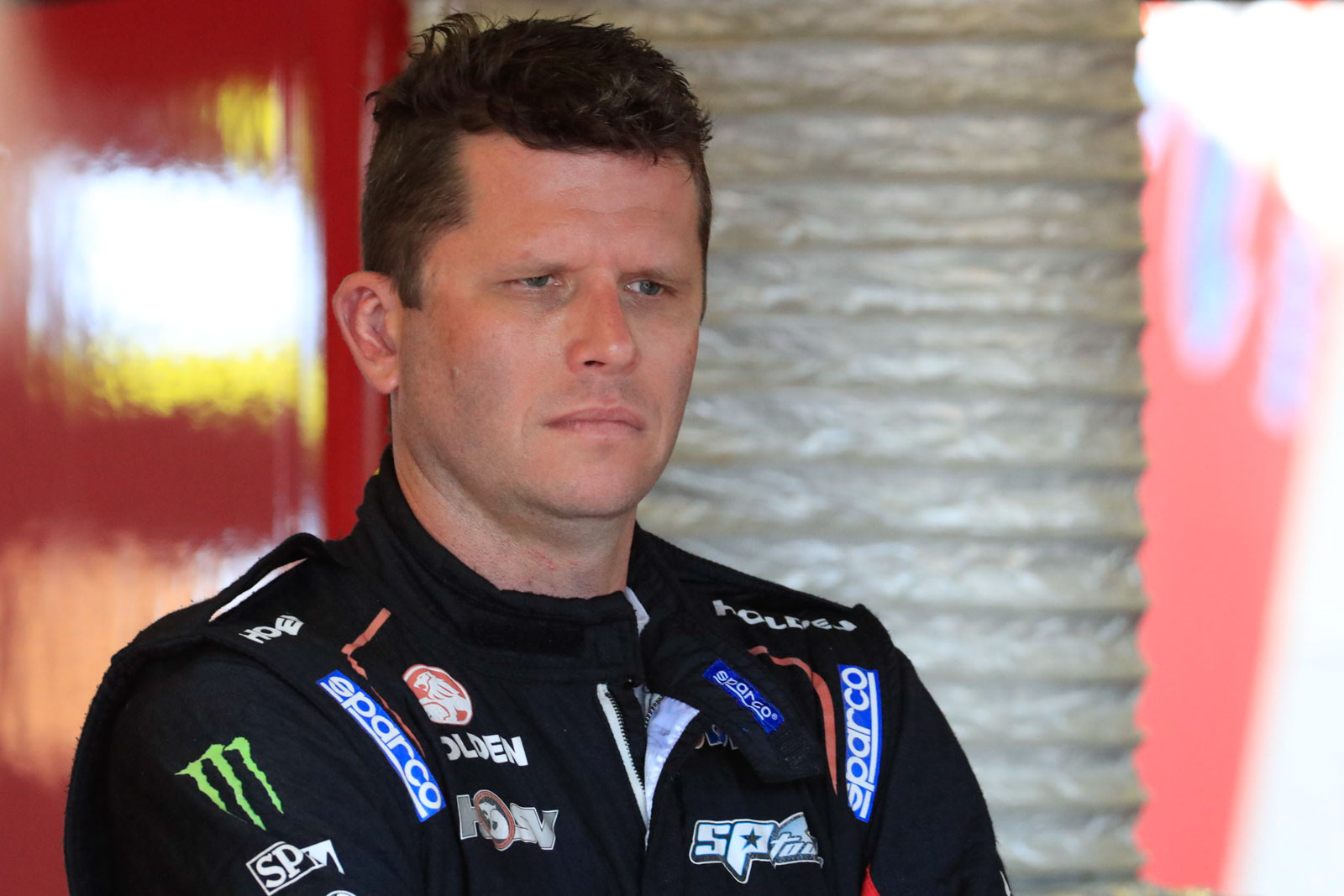 Veteran Garth Tander has signalled strongly that he will race on full-time in the Virgin Australia Supercars Championship in 2017.

And he insists the package he is putting together will deliver him race wins and a shot at the championship.

The 2007 champion and three-time Bathurst 1000 winner ended his 12-year factory Holden relationship with his first pole position since 2012 and two fighting second places at the Coates Hire Sydney 500 over the weekend.

“I expect that if we can put the deal together that I am working on it will put me in a very strong car and we will be winning races and have another crack at the championship,” Tander said Sunday evening.

Asked if that meant he still didn’t have a deal stitched together for a full-time drive in 2017, Tander replied:

“At this stage yes, but I go to sleep pretty comfortably tonight.”

Speculation in pitlane has linked Tander to a number of 2017 options. The most popular is a return to Garry Rogers Motorsport, for whom he raced for six years from 1998.

GRM enters mediation with Volvo December 13 over the continued use of the S60 Supercar in 2017 and it is expected clarification of who will partner James Moffat at the Dandenong squad won’t be clear until after that date.

But Tander has also been linked with the creation of his own entry and a Triple Eight Pirtek Enduro Cup drive combined with local and international GT campaigns.

Tander has certainly reinforced his belief that he is far from a spent force in the championship, finishing the season with a rush to be placed ninth on the points stable, two positions ahead of James Courtney, who has been retained by Walkinshaw Racing for its privateer VASC attack from 2017 onwards.

The HRT deal transfers to Red Bull Racing, which becomes the sole Holden factory team from 2017.

Tander will be replaced at Walkinshaw Racing by Scott Pye, who heads south from DJR Team Penske, his place at the US-owned team taken by Scott McLaughlin, who vacates the seat at GRM Tander is expected to fill.

Since HRT built Tander a new chassis for the Red Rooster Sydney Motorsport Park SuperSprint in August, he has managed five top 10 qualifications and nine top 10 finishes from 12 starts.

Before that he’d had four top 10 starts and seven top 10 finishes from 17 races.

The highlights of his late-season rush have been the win with Warren Luff in the Wilson Security Sandown 500 – it was only four days later he was informed his services were no longer required by the Walkinshaw organisation – and his Sydney Olympic Park efforts.

However, he was also in contention for the Supercheap Auto Bathurst 1000 win until the controversial clash with Red Bull’s Jamie Whincup that took him and Scott McLaughlin out of the race.

The importance of Tander’s chassis swap in his form improvement has been debated within HRT, with team boss Adrian Burgess downplaying its significance. But Tander made it clear yesterday he doesn’t agree with that view.

“My car has been better from Eastern Creek onwards,” he said.

“I think the last couple of events have been pretty strong; Bathurst was looking good, Sandown was fantastic and this weekend has been a good one, so it’s been a nice way to finish off this chapter in my career.

“Getting pole and second today was as good as I could have expected.

“It was a nice way to put a full stop on the HRT period of my life and HRT as we know is changing and moving on so it’s going to be a little different next year.”

Tander’s pole yesterday was his first since the introduction of the NewGen Supercar and the 39-year old took it as further validation of his continued competitiveness.

“Certainly the last three or four events they are very good for me personally and that proves to me I am capable of continuing to do the job.

“Certainly getting pole here today is going to help me sleep a little bit when I am thinking about qualifying for next year.

“I am not too concerned, we always have a bit of belief, but it’s nice to have the results to prove it. It’s only one pole but I will take it.”

Tander’s sterling late season run ensured HRT finished the season second in the teams’ championship, beating back a strong challenge from GRM. The result means Walkinshaw Racing is entitled to take the fifth and sixth garages closest to pitlane exit in 2017, with champions Red Bull racing closest to the exit and affiliates TeamVortex and Tekno Autosports alongside in the next two pit bays.