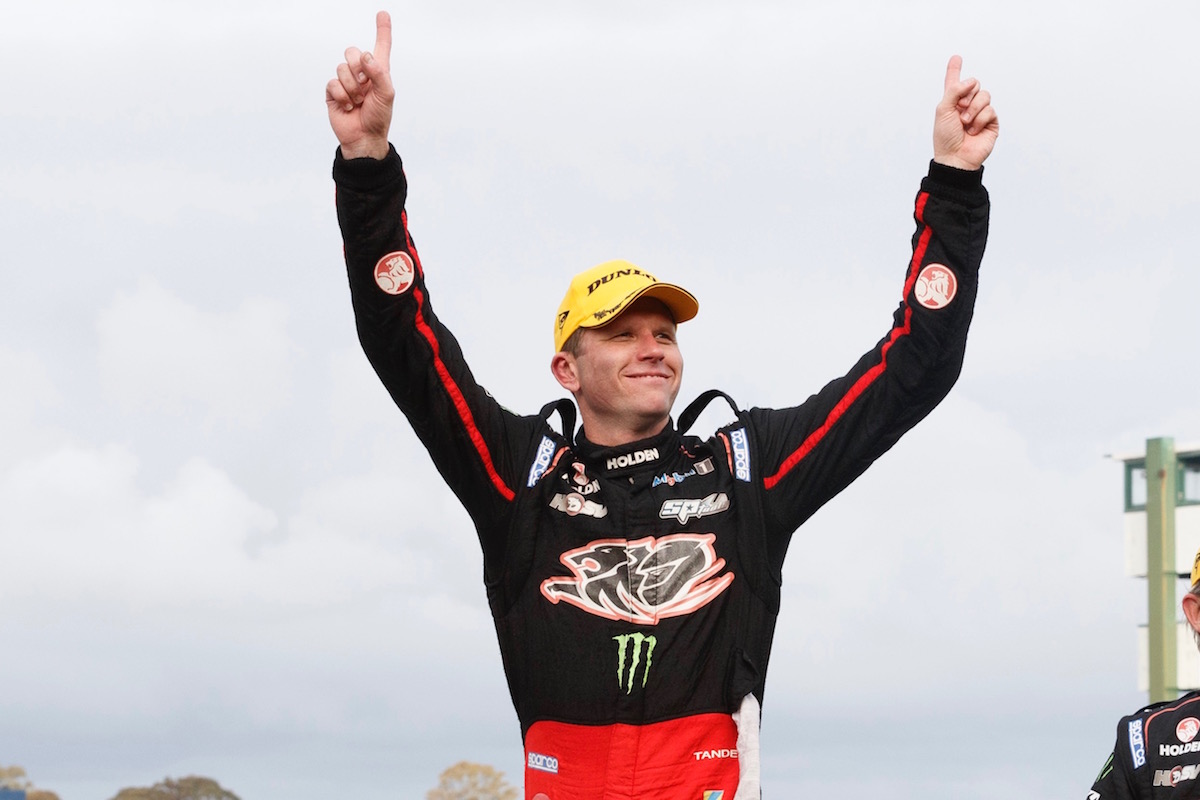 Garth Tander will start his 250th Virgin Australia Supercars Championship round at this weekend’s Castrol Gold Coast 600 in Queensland and, in the process, write himself into the championship’s history books.

While the Western Australian native isn’t the first driver to reach 250 round starts (Russell Ingall and Craig Lowndes both achieved it in recent times), he will, however, become the first to start 250 rounds exclusively in Holden products.

The 2007 Supercars Champion made his debut at Phillip Island in 1998 aboard a Garry Rogers Motorsport-run Commodore and has remained loyal to the ‘red cars’ ever since through spells with GRM, the HSV Dealer Team and Holden Racing Team.

It’s a career that sees Tander sit fourth on the all-time race winners list in championship history behind only Lowndes, Jamie Whincup and Mark Skaife.

Fifty of Tander’s 54 championship race wins have come during his time with the HSV Dealer Team and Holden Racing Team.

“I didn’t know the milestone was coming to be honest,” says Tander.

“We reach these milestones much more quickly now. We do a lot more rounds per year now than they did in the '70s, 80s and even the early 90s. These milestones are more likely to be reached more often in the current generation.

While Tander has been identified completely with Holden throughout his Supercars racing career, the three-time Bathurst victor says it’s not been a specifically planned outcome.

“Every start being with Holden hasn’t been by design, but that’s the way it has fallen,” says Tander.

“Over that journey I’ve created a very strong relationship with a lot of people at Holden. That’s been enjoyable. With racing for three different teams and really just two organisations (GRM and Walkinshaws) it shows I’m a pretty loyal guy. It’s nice to be rewarded in that regard.”

Back when Tander started in 1998 the Supercars pit lane was full of team owners that also raced their cars. He says the winding down of owner/drivers is the biggest change he’s seen in the last 18 years.

“The level of professionalism and just how competitive it all is, that’s also the main difference from when I started to where we are now,” he reflects.

“Back in 1998 you had Dick (Johnson), Larry (Perkins), (Tony) Longhurst, (Glenn) Seton too, all owner/drivers in that period. You went from there to a lot of privateer teams and cars that were running in the main game, making for a very wide and varied grid. 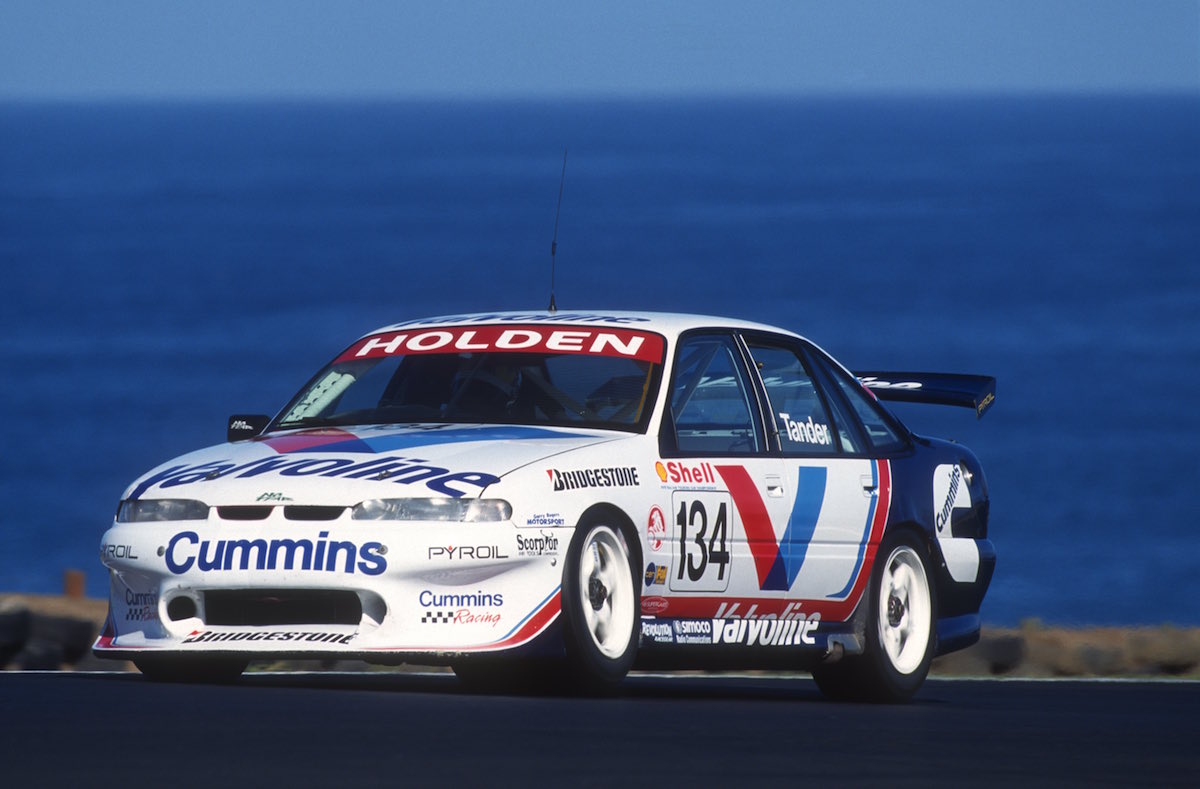 Tander spent seven seasons with Garry Rogers Motorsport between 1998 and 2004; victory at Bathurst in 2000 and finishing runner-up in that year’s championship his major achievements during his 85 rounds with the Valvoline-backed squad.

Then followed three seasons and 38 rounds with the HSV Dealer Team between 2005 and 2007, culminating in claiming his first championship crown before a full-time switch across to the Holden Racing Team from 2008 onwards. 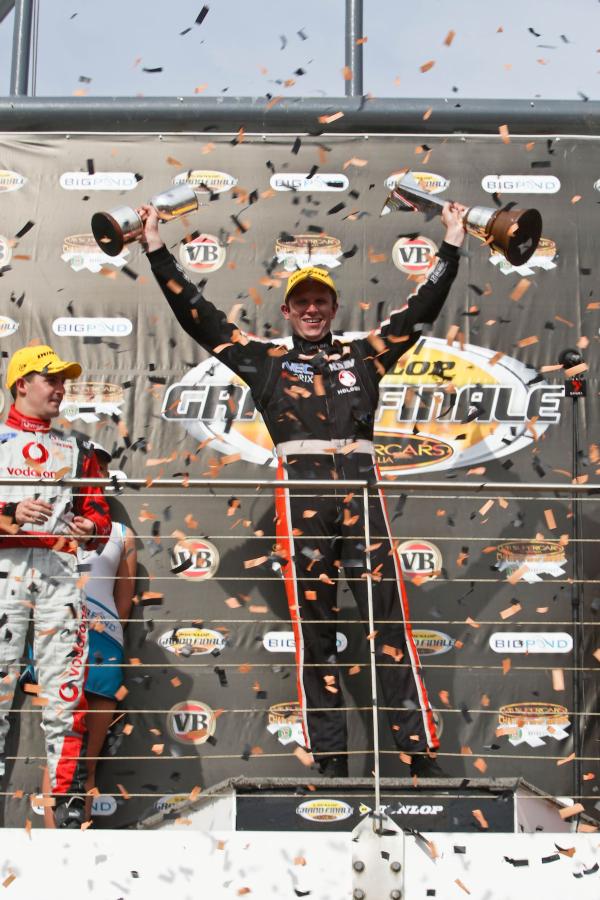 Tander actually made his debut with HRT in the 2006 endurance races as part of the now infamous swap of drivers between the Walkinshaw-supplied HRT and HSVDT squads.

This weekend’s Gold Coast round will be his 127th round in the colours of the factory team.

It’s well publicised he will leave the squad at the end of this season and be replaced by Scott Pye in the re-branded Walkinshaw Racing operation, though no confirmation of Tander’s 2017 driving plans have yet been forthcoming.

But he’s very clear on what sort of memento he would like to remember his 250th round by from this weekend’s Castrol Gold Coast 600.

“Just a couple of surfboards will be fine by me …”

The winner of this year’s Wilson Security Sandown 500, he has seven race wins on the Gold Coast; the most recent coming alongside Cameron McConville in 2010 – the first year of the ‘600 endurance format at the event.