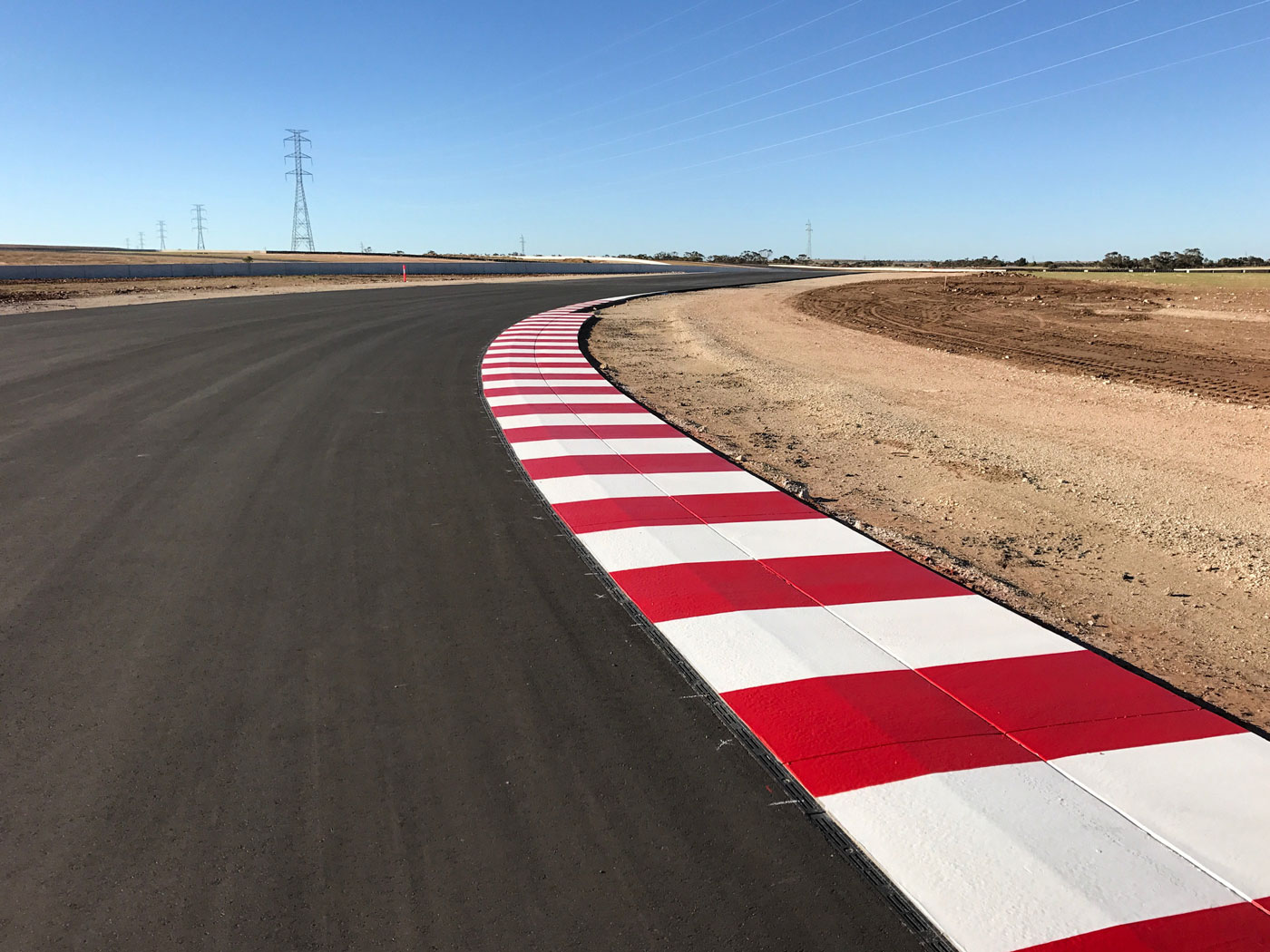 The Bend Motorsport Park’s track surface is set to be completed by Christmas as the countdown continues to the venue’s maiden Supercars event.

A project of South Australia’s Peregrine Corporation, the Bend Motorsport Park will be the country’s first new permanent race track in almost 20 years.

Located 100km south-east of Adelaide, the circuit is set to host a number of race meetings next season, highlighted by The Bend SuperSprint on August 24-26.

Construction of the $110 million facility started just over 12 months ago and, according to Motorsport Operations Manager Paul Trengove, the race surface is only days away from completion.

Several track layouts have been built into the venue, with Supercars to race on a 4.9km version of the full 7.7km configuration. 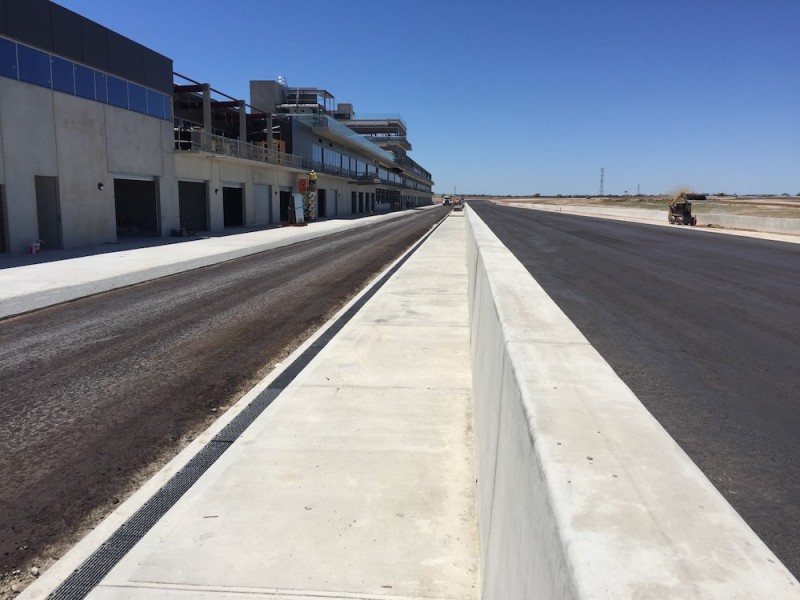 The pit straight is taking shape

“We’ve got 90 percent of the entire 7.7km circuit bitumised, the only section that’s left is part of the main straight, which currently has the preparation layer,” Trengove told Supercars.com.

“The main straight is the last stage after finishing the pitlane area concreting and the pit wall.

“Now that those works have been completed, we have about one more week of bitumen work to go and then we’ve got a full race track.

“As far as barriers, we’ve got 95 percent installed. The kerbs are being painted and line marking will start early next year.

“The pit building structure is up and now it’s a matter of the internal installations, gyprock, painting, as well as cables and data points going in.

“We should have the pit building complete by late March and the hotel - which sits with the building - will open in April in time for the Shannons Nationals.”

The curing process for the new surface means cars are unlikely to run in anger until March.

A cycling event, however, will be held in mid-January, providing a relatively low-key operational test run for the venue and its staff. 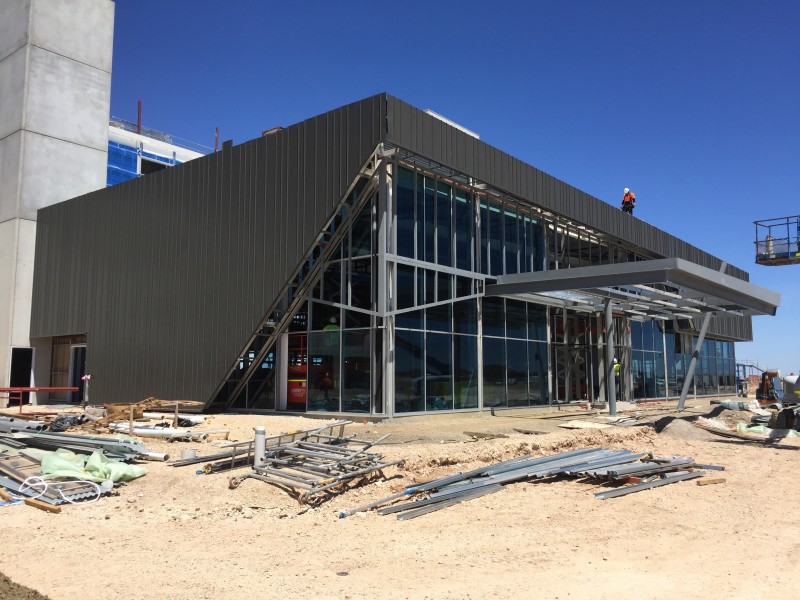 “It’s been a bit of a push to get ready for the cycling event, but it’s an opportunity to have a bit of a shakedown operationally,” he said.

“They’ll be using our race control and timing facilities.”

The Shannons Nationals will be the circuit’s first national event on April 13-15, followed the weekend after by a joint round of the FIM Asia Road Racing Championship and Australian Superbike Championship for motorcycles.

The entire ‘Stage 1’ of the Bend project, which includes a drifting circuit, international go-kart track, a rally track and driving training area, is expected to be completed by mid-2018.

A full quarter mile dragstrip will then be added as part of ‘Stage 2’, which is not expected to start construction until later in 2018.

Trengove says the construction has run close to schedule, despite the challenge of dealing with the area’s limestone base.

"We did have a lot of rain through the winter period, more than Adelaide usually gets, which cost a week or two, but it’s more been the challenge of getting through the rock,” he said.

“The whole site is on limestone which in the future will be great because it’s such a stable surface, but cutting through it has caused challenges to get to where we’re at."

15/12/2017
Stay In The Know
Sign up to the Virgin Australia Supercars Championship Newsletter
This website uses cookies to improve your user experience. By continuing, you will be providing your consent to our use of cookies.Ok