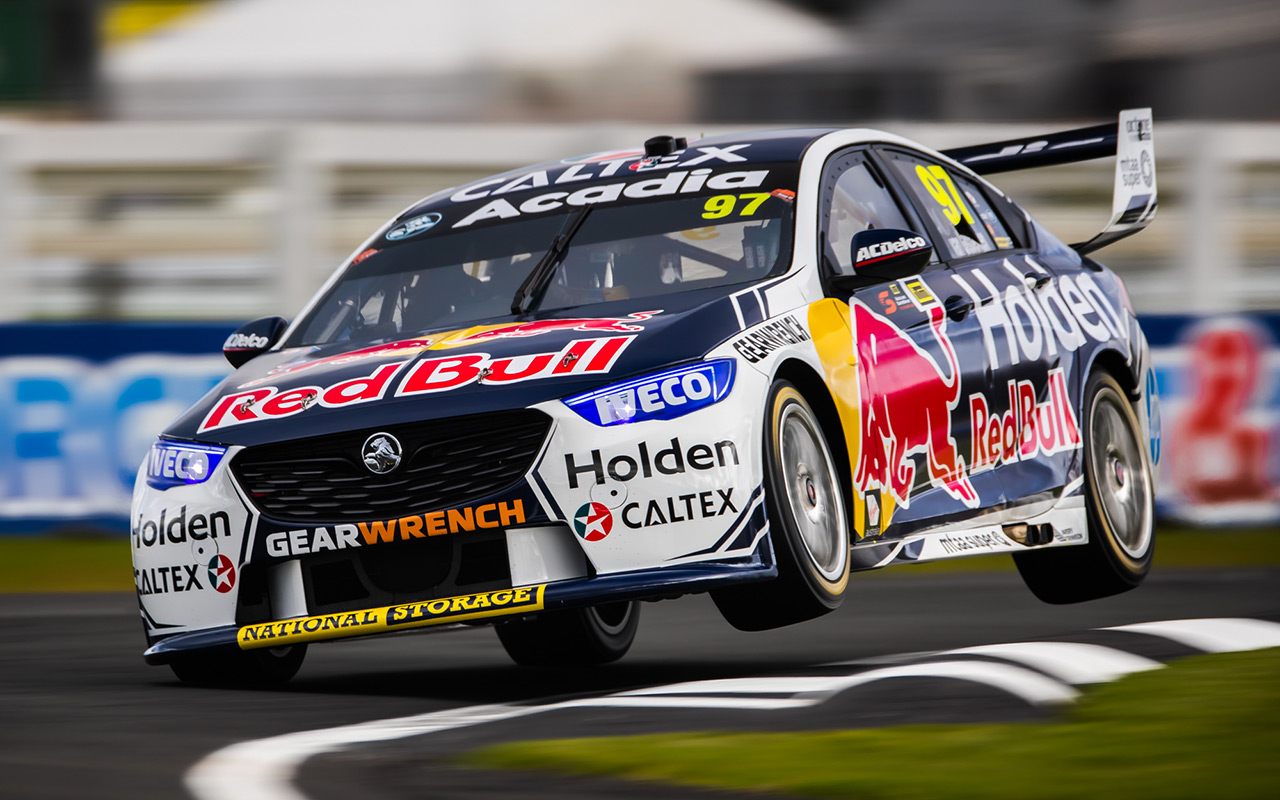 The last-minute nature of the aerodynamic upgrades for the Holden teams at Pukekohe created a nervous wait at the baggage carousel for homologation team Triple Eight.

Approved by Supercars following analysis of the previous event at The Bend, the parts were made too late to be delivered to teams before the cars were dispatched to Auckland last weekend.

Instead, Triple Eight brought every set of upgrades into New Zealand via checked baggage, before they were fitted by the respective teams at the circuit on Thursday.

The upgrades consisted of an undertray extension, a Gurney flap across the bottom of the rear wing endplates and the deletion of the brake light shroud at the top of the tailgate.

Speaking after the opening day of practice, Triple Eight manager Mark Dutton said it was a relief to simply have all the parts on track.

“There’s rules for flyaway events, you’re not allowed to take car components in checked luggage typically, unless you get allowance,” explained Dutton.

“We cleared it with the category to have allowance, basically there was two cardboard boxes with ‘fragile’ taped onto it.

“I was holding my breath until they came out the other end, because that was all of the parts in existence.

“If they had have been lost in transit that would have been pretty stressful, but they weren’t.

“[Thursday] they were distributed to all the teams and we were all putting them on at the same time.”

The upgrade package was the result of work by both Supercars’ technical team and Triple Eight as part of ongoing efforts to achieve parity between the cars in the championship. 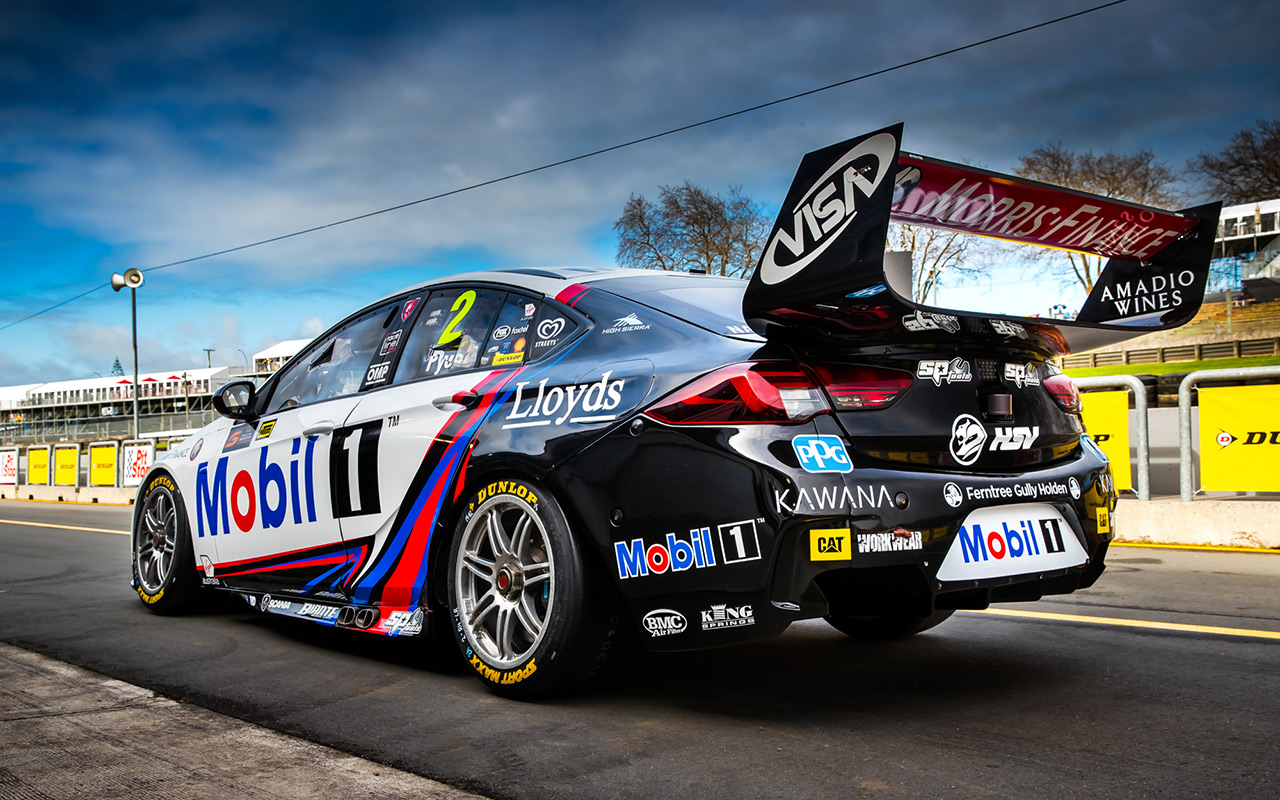 Dutton said the tweaks were not intended to shift the car’s front-to-rear aero balance.

“All the changes [this weekend] were to increase downforce, all three. Just to get it closer to the opposition,” he said.

Van Gisbergen was cagey about the impact of the changes, declaring “we’re too slow down the straight” when asked if there’s been an overall improvement.

Next-best Holden runner, Penrite Racing’s David Reynolds in fourth, is in no doubt there’s been a gain.

“I went fastest through the last corner in my first lap than I did in qualifying last year,” he said. “Obviously big improvements have been made.” 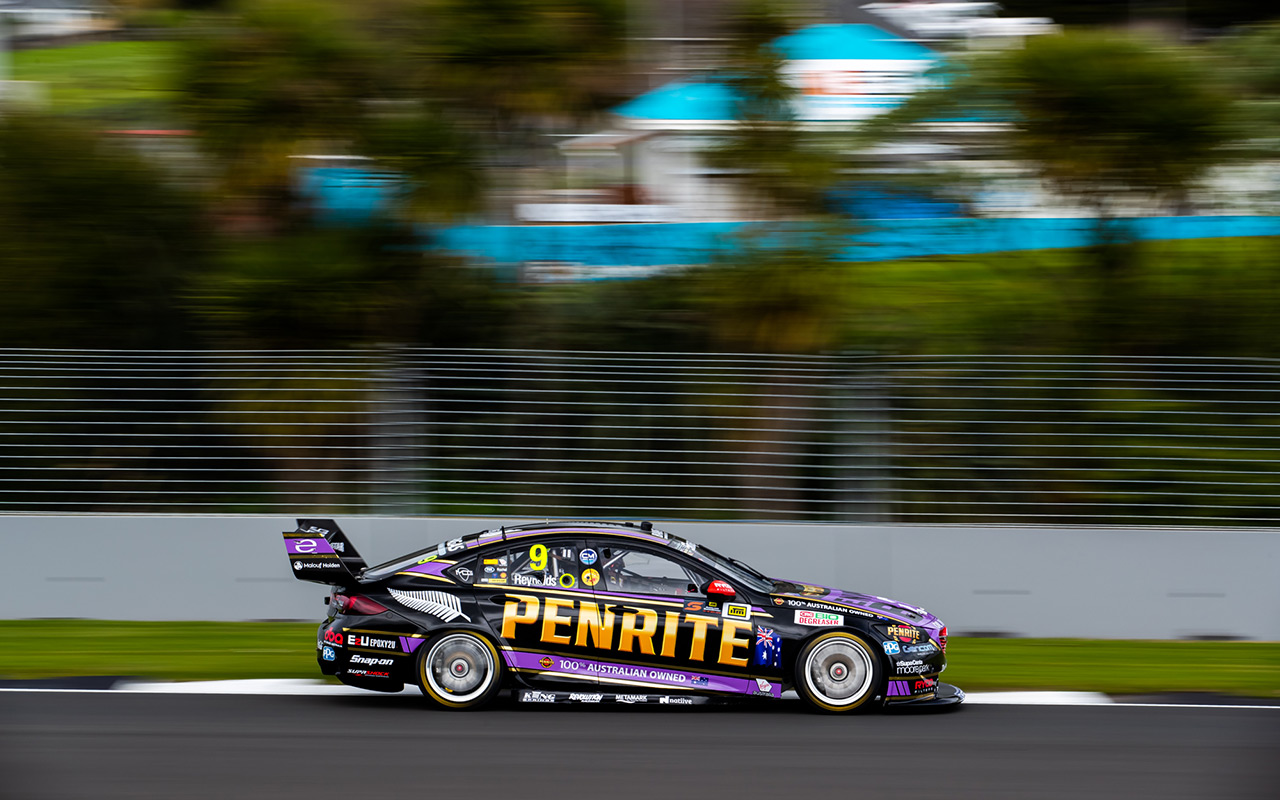 Dutton described the two practice sessions as encouraging, but stressed there’s still more to learn about the package.

“You still see the Mustangs are strong, they’ve been strong all year,” he said.

“But for sure the timesheets look good, and the initial feedback seems positive, although we still have work to do to get a balance.

“[Today we noticed] the rear had better stability, but we’re still battling with high-speed understeer.

“You don’t want to just wipe off downforce to get a balance, you want to have a high downforce balance mode, that’s what we need to achieve.”

As for whether the pursuit of downforce has added any drag to the Commodore, as van Gisbergen had hinted, Dutton said: “No comments on that really.

“Not that we’re trying to avoid the question, moreso we don’t have a feel for that yet.

“That’s the sort of stuff you really do need to do back-to-back to see, at a test day, times like that.

“This weekend, you’re just trying to go for a balance and extract the most out of the car for a lap time.”