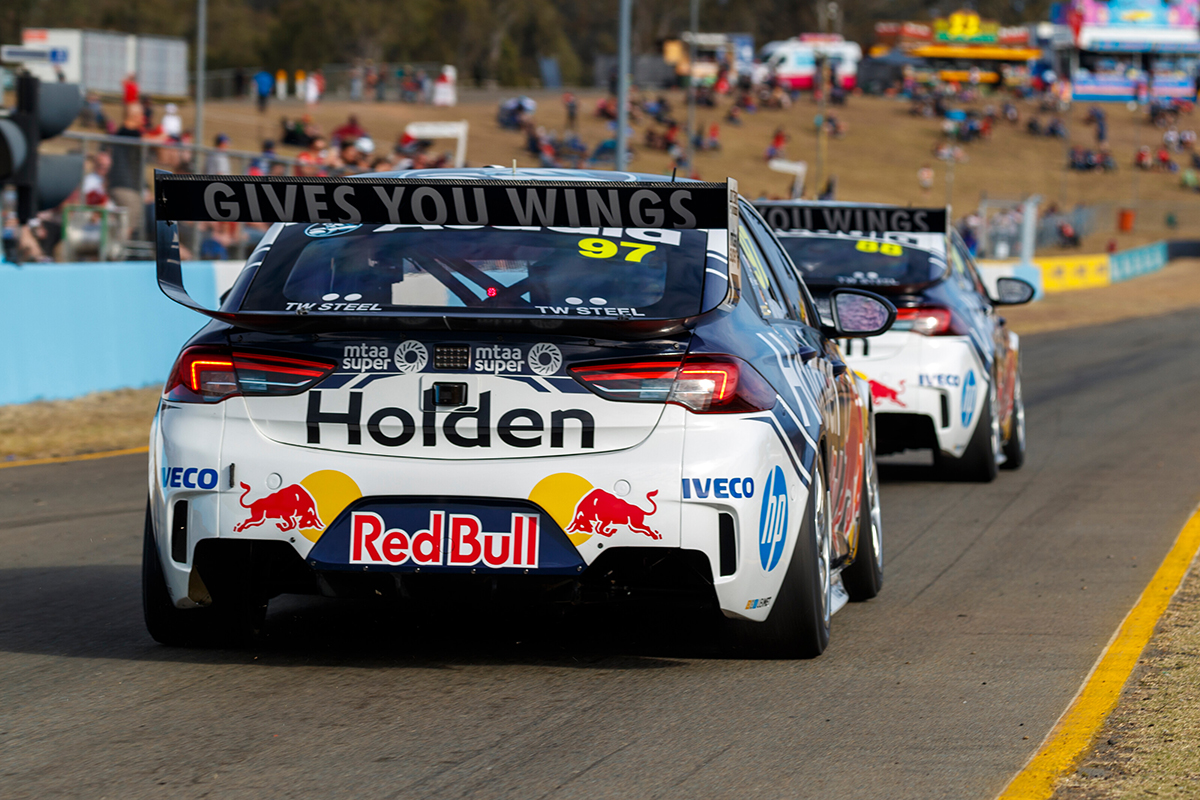 Scott McLaughlin wasn’t the only one to cop big sanctions on Sunday, with the Red Bull Holden Racing Team and Tickford Racing losing money and teams’ points.

Red Bull HRT and both of Tickford’s teams – the four-car squad split into two in the pitlane – were fined $10,000 and docked 50 teams’ points.

They had been found guilty of incorrectly positioning their fuel towers, breaching the instructions provided in the event’s briefing.

Teams generally mark out their fuel tower positions at the front of their garage during set-up on Thursday, and then wheel them into position for the races.

“Usually from race to race [the required position] are the same as previous years, so we come with last year’s notes.

“We set up [on Thursday] before the team managers’ briefing and then double-check it, and we didn’t double-check.”

While disappointed not to be notified of the breach before the race, Dutton accepted personal responsibility for the mistake.

“We were wrong, 100 percent,” he said. “It was just complete brain-fade from myself to not check it. That’s a monumental stuff-up on my behalf.”