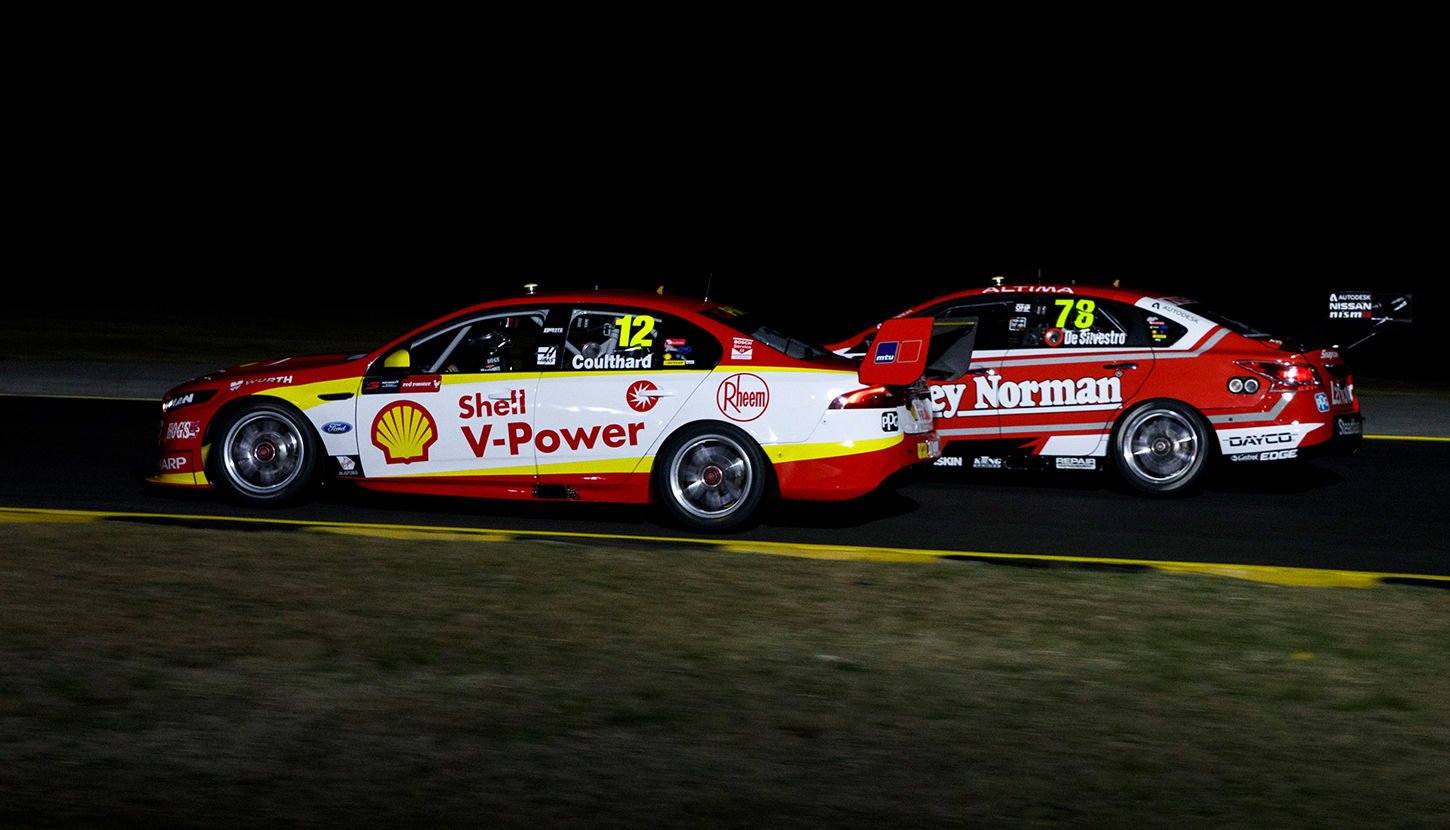 Supercars will race on Sydney Motorsport Park’s short circuit for the first time in 22 years when the new SuperNight format debuts in August.

The category has opted to use the 2.8km Druitt Circuit for the Red Rooster Sydney SuperNight meeting on August 3-4.

Although regularly used for team ride days, the last Supercars race on the layout took place in 1996, which was also the last time the championship raced there under lights.

A firm decision to use the short circuit wasn’t, however, taken until after a second test of the temporary lighting required earlier this year.

SMP’s Druitt circuit deviates from the regular layout at Turn 4, with a short link road rejoining at what is usually Turn 8.

The link road was redone as part of circuit upgrades in 2012, with the previous double chicane replaced by a single left-right complex that features heavy camber and a blind crest.

Lap times on the short circuit are predicted to be little over a minute, cutting almost a third from that achieved on the full, 3.8km layout.

“The original concept for this event was to have something that was short, sharp and dynamic, and this circuit certainly fits with that,” he told Supercars.com.

“It’s quite good that short circuit, with the corners that are there, so I think from a racing perspective it will be very good.

“From a logistics perspective, we know we can light the short circuit effectively, and it would take a lot more lights to achieve that on the longer version.

“Running a 300km race on the short circuit should bring plenty of action, as well as the strategy and drama in the pits, with three compulsory pitstops.”

VIDEO: A lap of the SMP Druitt Circuit with Shane van Gisbergen

Supercars undertook a third lighting test at the venue on Tuesday evening, to double-check the requirements for drivers and television, which was the focus of the running undertaken in February.

In addition to the lights, a number of other minor additions will be made to the circuit in time for the event, to make the most of the night format.

“The circuit is pretty excited about what can be done, in terms of painting the track boundaries with something reflective,” said Stuart.

“They will do that, and we’ll do something with the brake markers to ensure they are visible, but don’t flare under lights.

“There’ll be a few things like that which will look cool, as well as what you’d expect with a night race, glowing brake discs and the like.

“It should be a really good spectacle.”