Erebus Motorsport is shaking down its new Holden Commodore at Sydney Motorsport Park today, debuting the first car it has built since its switch from Mercedes-Benz.

Driver David Reynolds will complete 60km at the track one day ahead of the all-in test after the team completed the car’s build in the early hours of this morning.

Erebus had initially planned to hit the track late last week before the tight timeline of the build resulted in a change of plans.

The chassis was put together offsite by fabrication partner Jimmy’s Fab Shop before being delivered to Erebus’ own headquarters earlier this month.

“We only got the car two Mondays ago as a bare chassis,” Ryan told Superars.com.

“We would have been too stretched to have it done (for a shakedown) by last Thursday so we actually finished it off this morning. It was on the truck at 1:15 this morning.

“There’s been a lot of hours over the last two weeks. Some guys racked up over 100 hours last week trying to get it done.
“There was one all-nighter for four of the guys to get the car ready for the unveil last Thursday.

“Then they had to pull it apart, taking the bodywork off, to finish some of the things.

“We haven’t done it half-hearted at all, so it’s a really nice car.” 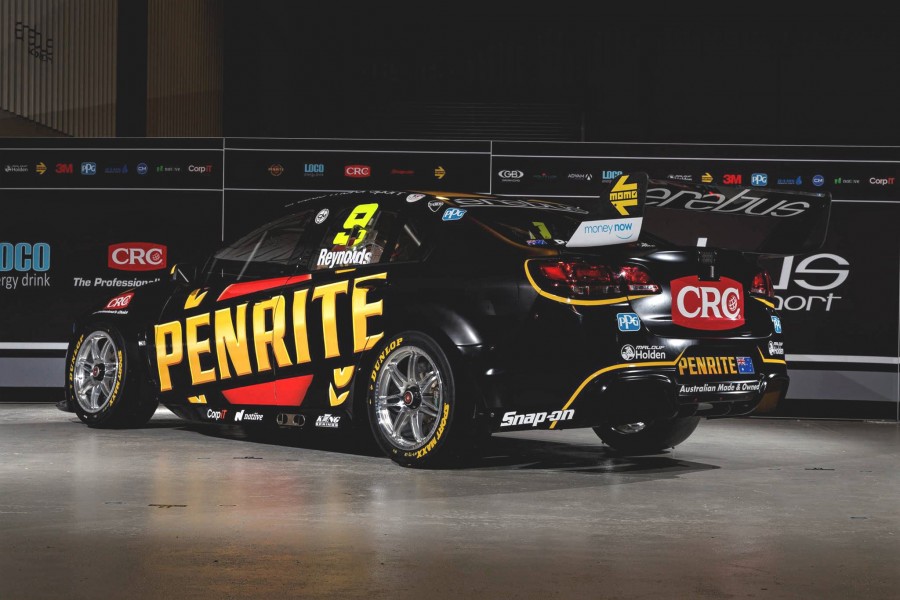 Erebus assembled, dismantled and reassembled the new car from launch to shakedown

The car build marks a significant milestone for the squad after Reynolds utilised a car purchased from Walkinshaw Racing throughout last season.

It is the first new car for the team since the squad shifted from the Gold Coast to Melbourne and began campaigning Holdens in 2016.

“We tidied up a few things we didn’t like about the car we had,” Ryan continued.

“We’ve made it a little neater and tidier and it’s come up a lot lighter than the other car.

“It’s the first time it’s our car and we’ve done what we want it to do.”

Dale Wood will drive Reynolds’ car from 2016, with the team yet to determine the timeframe for its next car build.

“We’ll see how this one performs. There’s no reason it should be much different to the old one,” Ryan concluded.

“We’ve got to see how the timeline of the season goes because we’ve got a few breaks.

“It’s a big build up and it’s not like we’ve got a big budget or big amount of staff.

“If we do what we’ve done in the middle of the season it’s going to be hard.

“There’s a break after Darwin, before Townsville so maybe we can push on there to get one done.”

Erebus will be joined by the entire field at Sydney Motorsport Park tomorrow for a pre-season test of Dunlop’s new construction tyres.