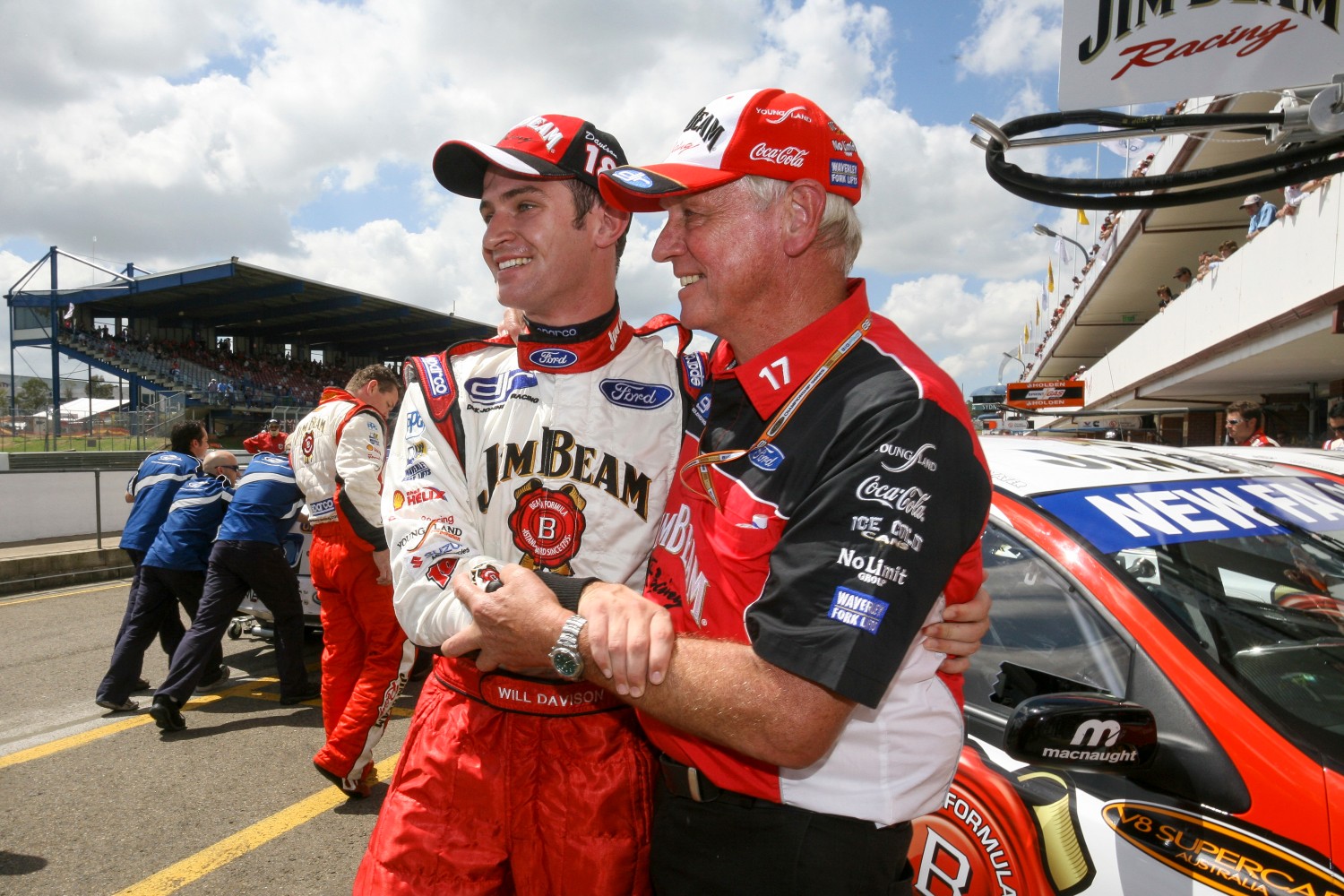 Will Davison hasn't, with the Dick Johnson Racing recruit's first Supercars victory coming during his first stint with the team.

Davison's turbulent 2020 ended with the news he had signed a deal to return to DJR, joining Anton De Pasquale in an all-new driver line-up.

The move marks a full circle return for Davison, who drove for the iconic Ford team between 2006 and 2008.

Davison’s third year with DJR saw him produce his best results yet ahead of a high-profile move to the Holden Racing Team, with his victory dream realised in Sydney. 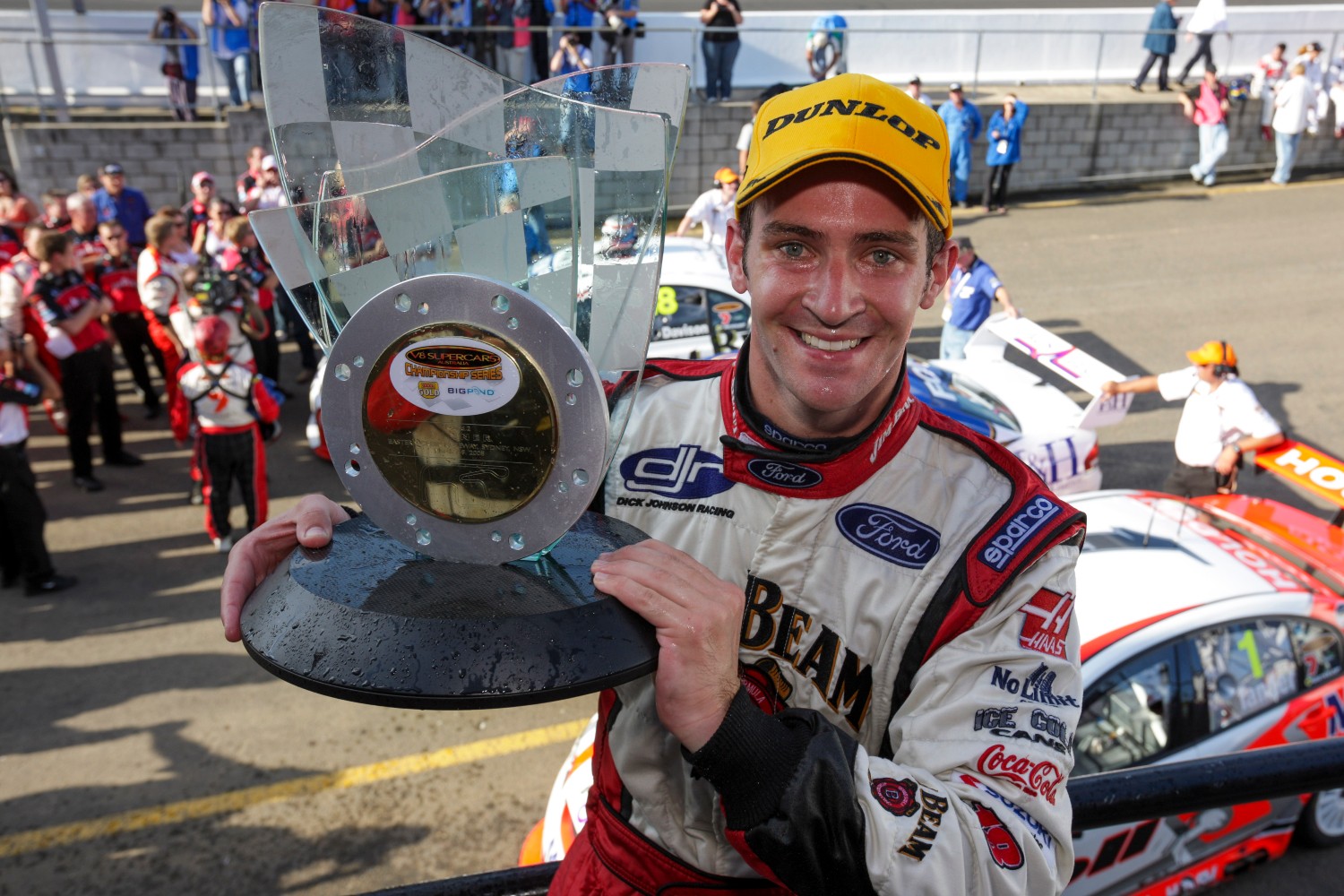 Reigning series champion Tander was imperious from pole, cruising to victory by over six seconds.

Behind him was Davison, who recorded his best finish for DJR since his Bathurst podium five months earlier.

Thinking back to the Sydney weekend, Davison knew a victory was right around the corner, with the seeds sown following an improved 2007, which featured a Bathurst podium. 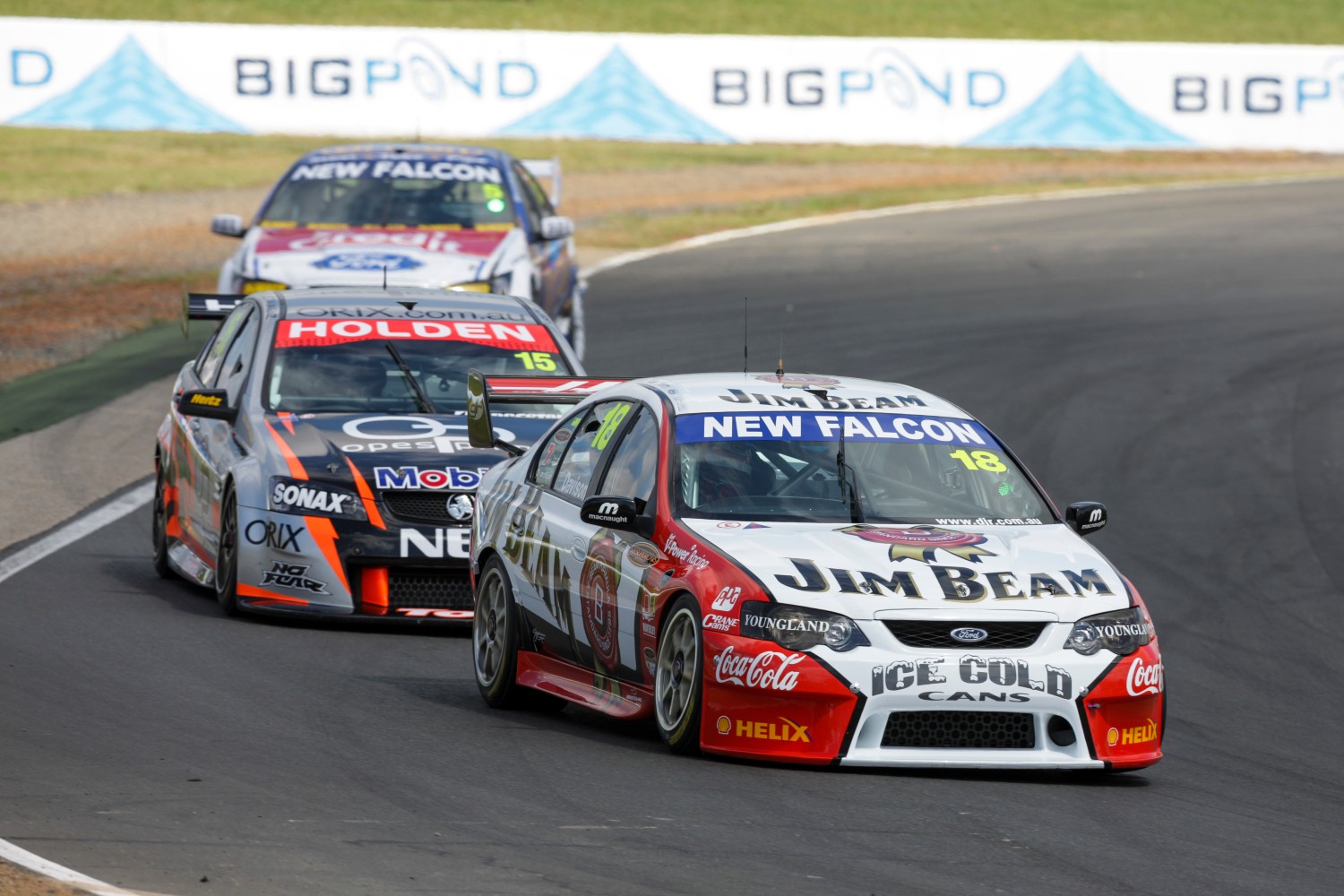 "It was a pretty solid season, we started the year really well," he told Supercars.com.

"We had three second places at Albert Park a week after Sydney, so we were obviously gaining momentum.

"We'd had a reasonable 2007 and had a great off-season, and learned a lot about the car.

"My car was still quite an old chassis, it was about four years old. We'd spent money upgrading components and we had good sponsorship onboard.

"The team had turned a bit of a corner in terms of its structure, its future was secure. Things felt like they were heading in the right direction."

Starting second on Sunday for Race 2, Davison had it all to do with Tander appearing impervious to any challenge.

However, Race 2 saw Davison launch into an early lead after the #1 HRT Commodore had a horrible jump and dropped four places.

While Tander couldn't recover, eventually finishing ninth, the #18 Jim Beam Falcon was on a tear.

"It was an important race win for the team at that moment, there had been a lot of stress for Dick and the team," Davison explained.

"That win was huge for me, but it didn't come out of nowhere. We’d been knocking on the door for so long.

"It was an important moment for all of us, because the team was on a cool trajectory at that stage. It was really nice to be part of that." 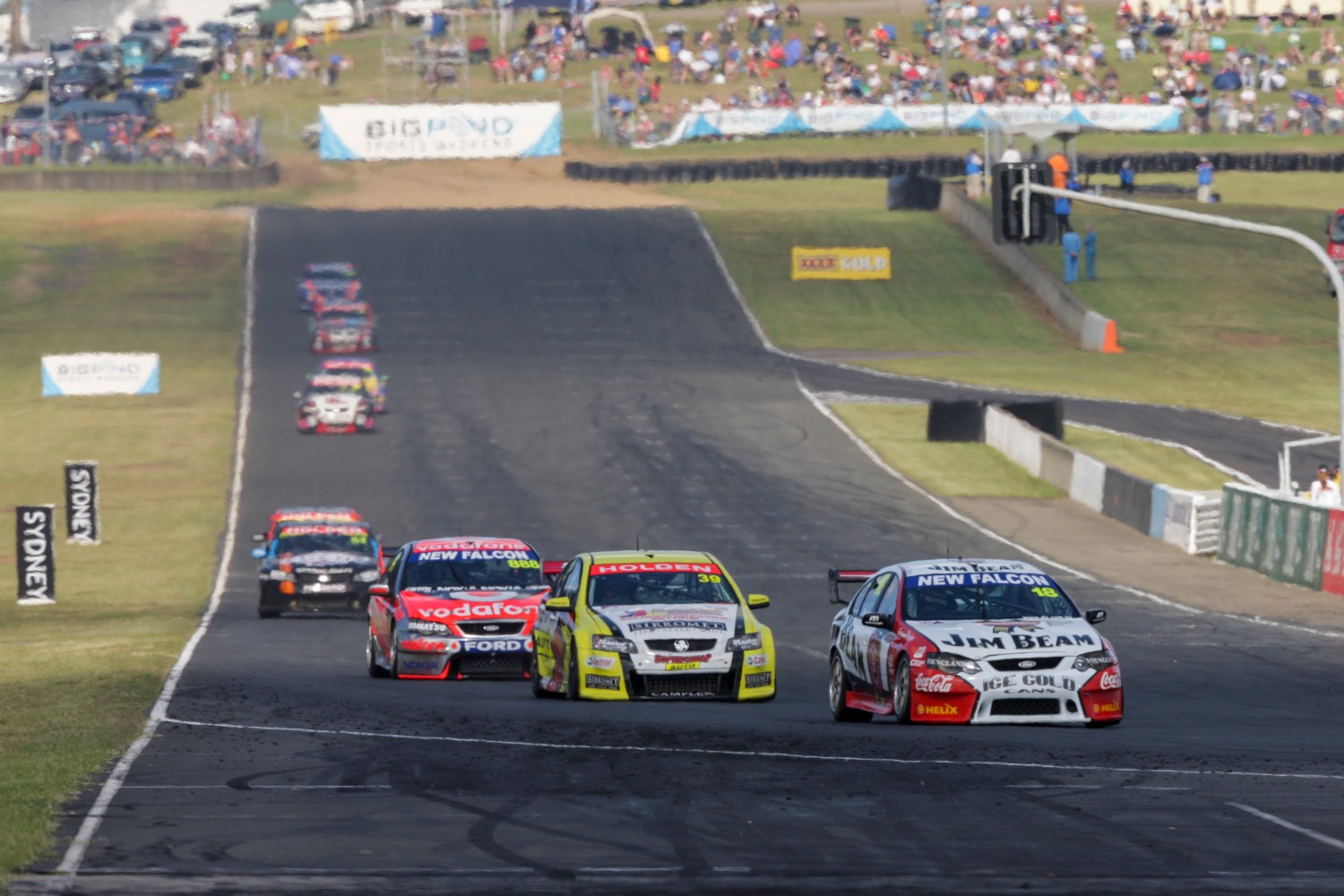 Sixth in the weekend finale, which was punctuated by a 150km/h crash for Steven Richards, was enough for Davison to clinch DJR’s first round victory since the 2001 Queensland 500.

After two years of mixed fortunes as a full-time DJR driver, Davison had finally broken through.

Winning a race was one thing, but being the top performer across the weekend helped Davison prove his worth among a highly competitive grid, a feat he nearly repeated at Winton later in the season.

HRT would gain a rising star for 2009, but the DJR family hadn't lost a friend.

"We ended up winning another race at Winton. I should have won that round too," Davison said.

"It was quite a famous round where Garth, Jamie and myself all ended up on the same points for the weekend. We had some great results that year and ended up fifth in the series.

"It was a tough decision to leave the team after '08, because I knew they were on a great trajectory.

"But I left on great terms and had great relationships there. I’ve carried them with me my whole career, I’ve been really fond of my time with the team, obviously getting my break in the series. 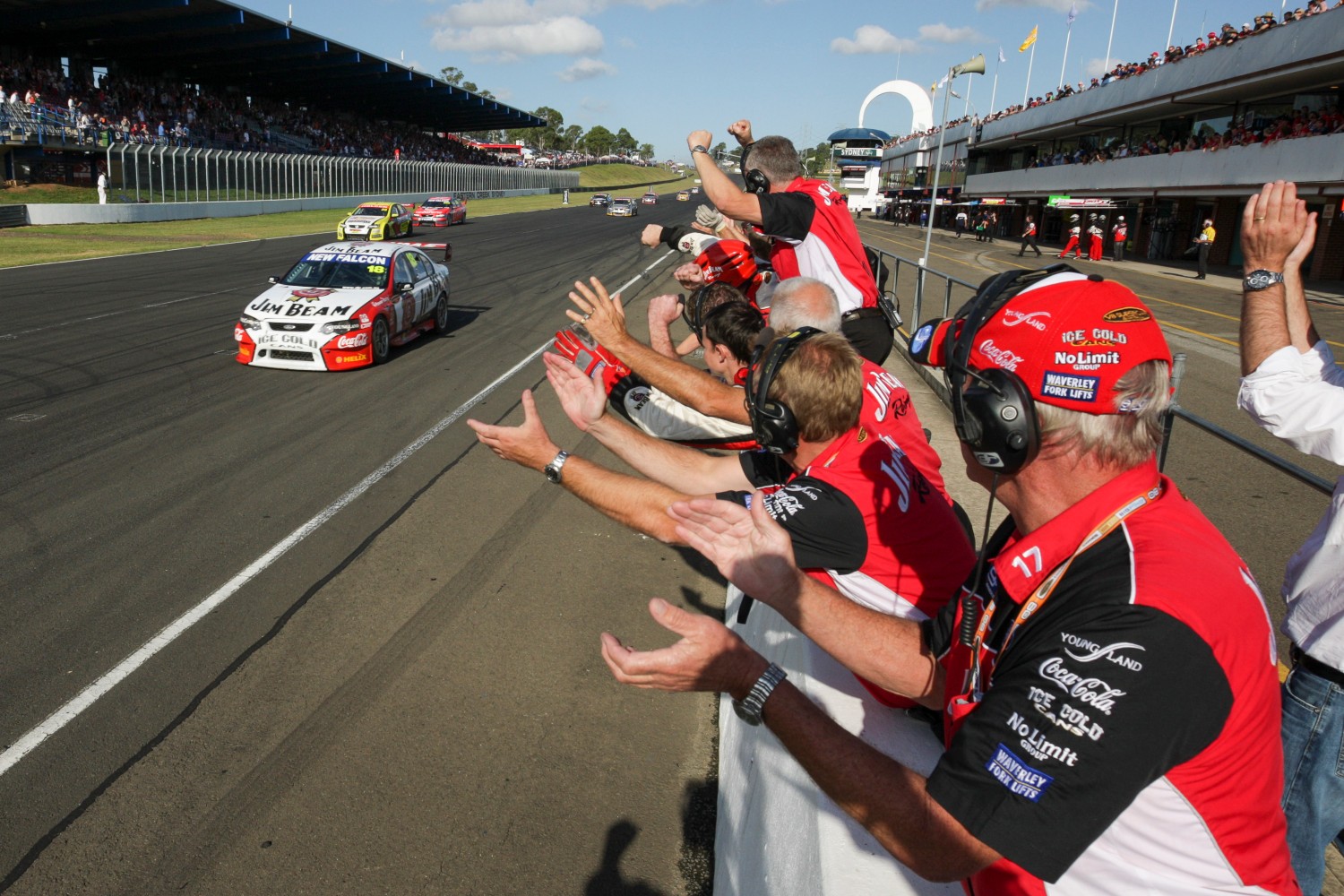 "We had some really good people at the team. It was led well with good sponsorship.

"Having gone through a really difficult year or so, but to collectively get out of it, having taken steps in ’07 and ’08, you form relationships in situations like that that would be pretty hard to come by otherwise."

Winning for Johnson, though, was an added element, with the decorated driver/team owner returning to the top following years of financial stress and winless seasons.

With DJR now a powerhouse heading towards the 2021 season, Davison is intent on repaying the faith once again, nearly 13 years after he first made it count.

"I always look back at my time with the team, I really felt at home there," he said.

"I don’t believe in fairytales, and unfortunately in this sport there's no such thing. But I thought, 'Geez, it’d be nice to end up back where it all started', never thinking it’d be possible.

"It's very nice it’s all come together in that way.

"But now we have to make sure we get some great results to go with this new chapter."