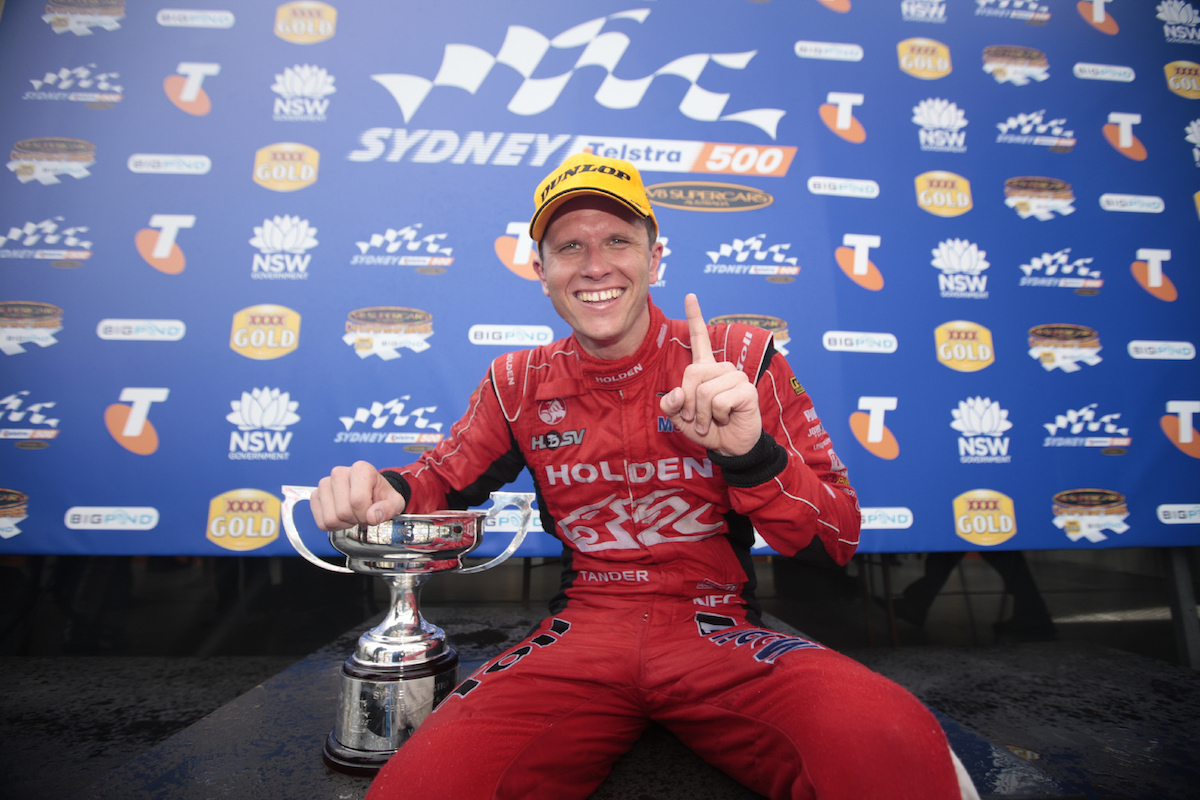 Holden Racing Team ace Garth Tander was the first to strike success at Sydney Olympic Park, winning the inaugural race back in 2009.

The result is Tander’s sole win at the street circuit, though he did claim his last Supercars pole position there in 2012 and started that first race in ’09 from P1 after the ARMOR ALL Top 10 Shootout.

The first race at the concrete lined track was full of near misses, with leaders locking up and off the track as the 250km sprint played out.

Lee Holdsworth slipped on fluid, straight into the wall from the lead, with Jamie Whincup so close to going with him.

Eventual Sunday winner James Courtney struggled after his driver side door began opening. He tried to close it while keeping his Supercar off the walls but could not solve the problem and was forced to pit from second position. Dick Johnson Racing taped the door but it didn’t hold, forcing Courtney back into the pits again.

It was war until the last lap with Whincup all over Jason Bright for third, but the veteran held the position, making the first ever Sydney Olympic Park podium Tander, Mark Winterbottom and Jason Bright.

Tander was 2.83sec ahead of the Ford crossing the line to take a meaningful first win at the circuit, after getting the best of team strategy and car setup. 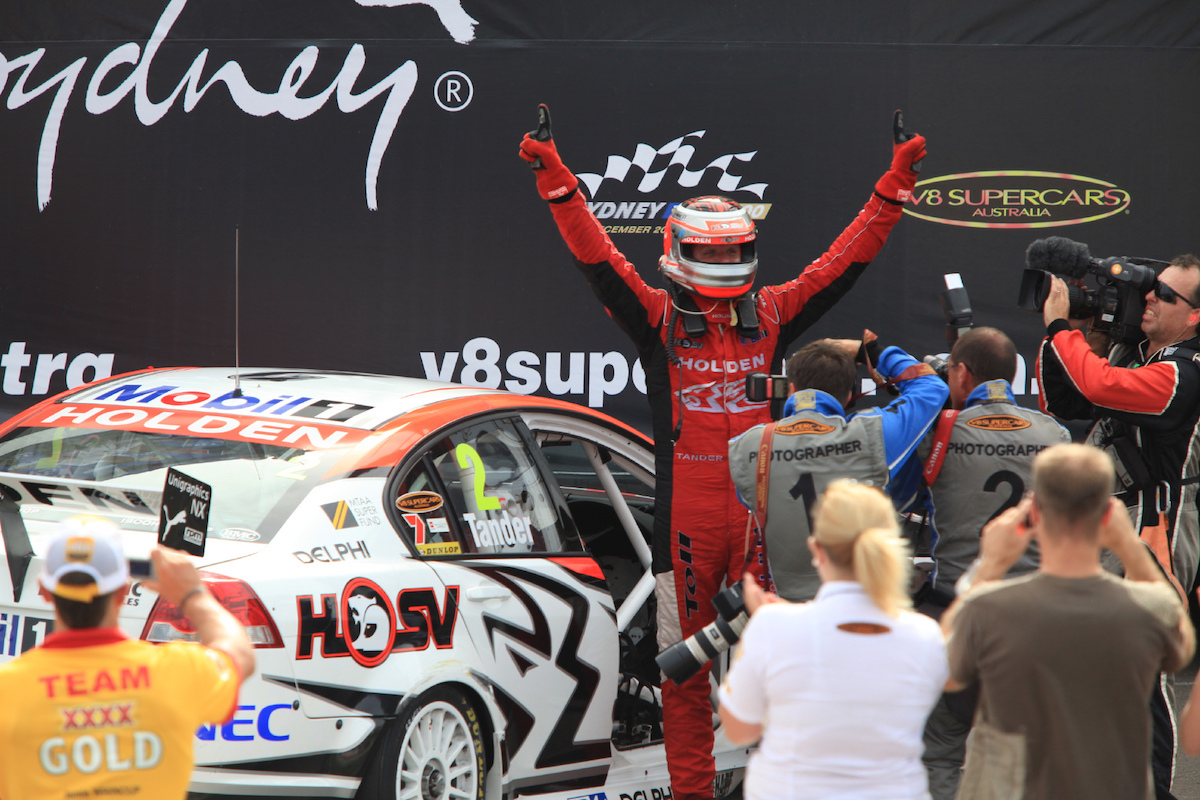 “I’m absolutely ecstatic with today’s result, it was very special to win in Sydney first up – I did it in Hamilton last year and to do it again today and also get pole was very satisfying,” Tander said post-race.

“For us our priority is to lock the Team’s Championship away. It’s massive for everyone on the team – the guys that prep the car, do all the work back in the workshop, work all the late nights, do all the pit stops – it’s their Championship and they’re the ones that deserve the title so we’re very keen to win it.

“If we do that we’ve won the Team’s Championship, finished second and third in the Driver’s Championship, and won Phillip Island and Bathurst – and that’s not a bad year to have.”

HRT did lock away the teams’ championship – much to Roland Dane’s displeasure – on Sunday. 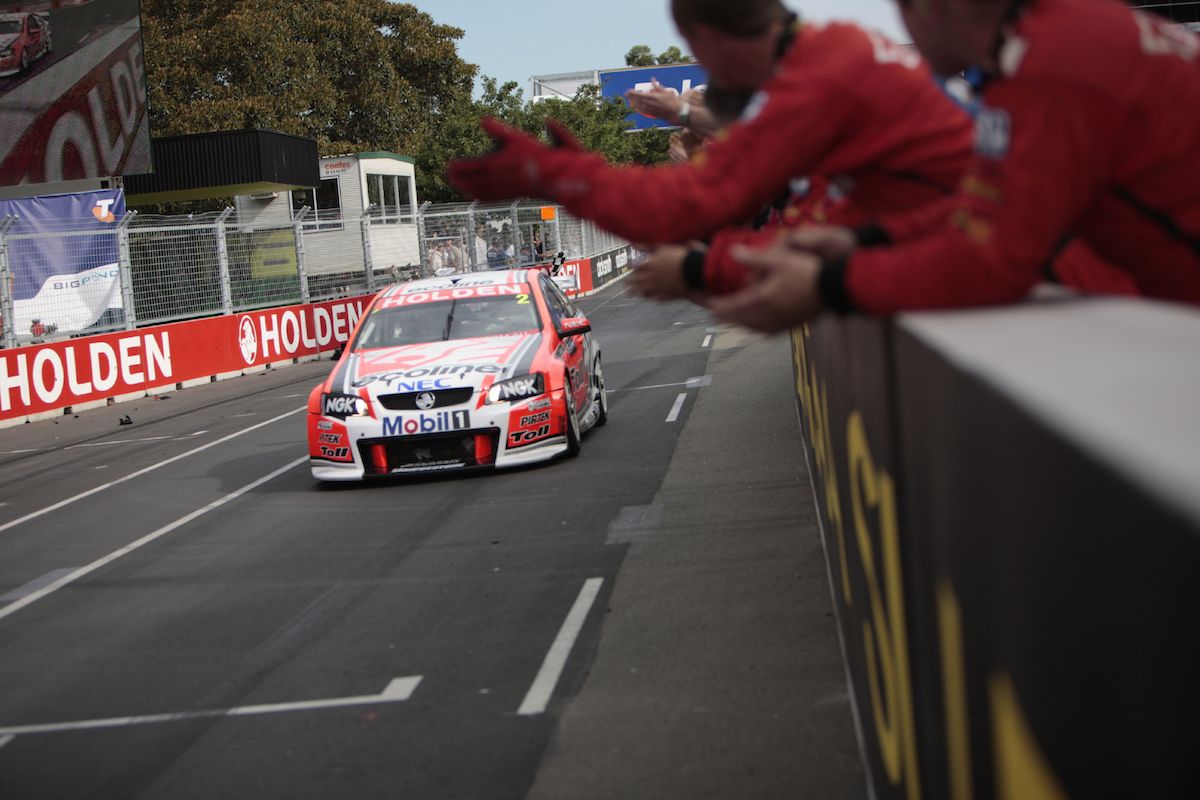