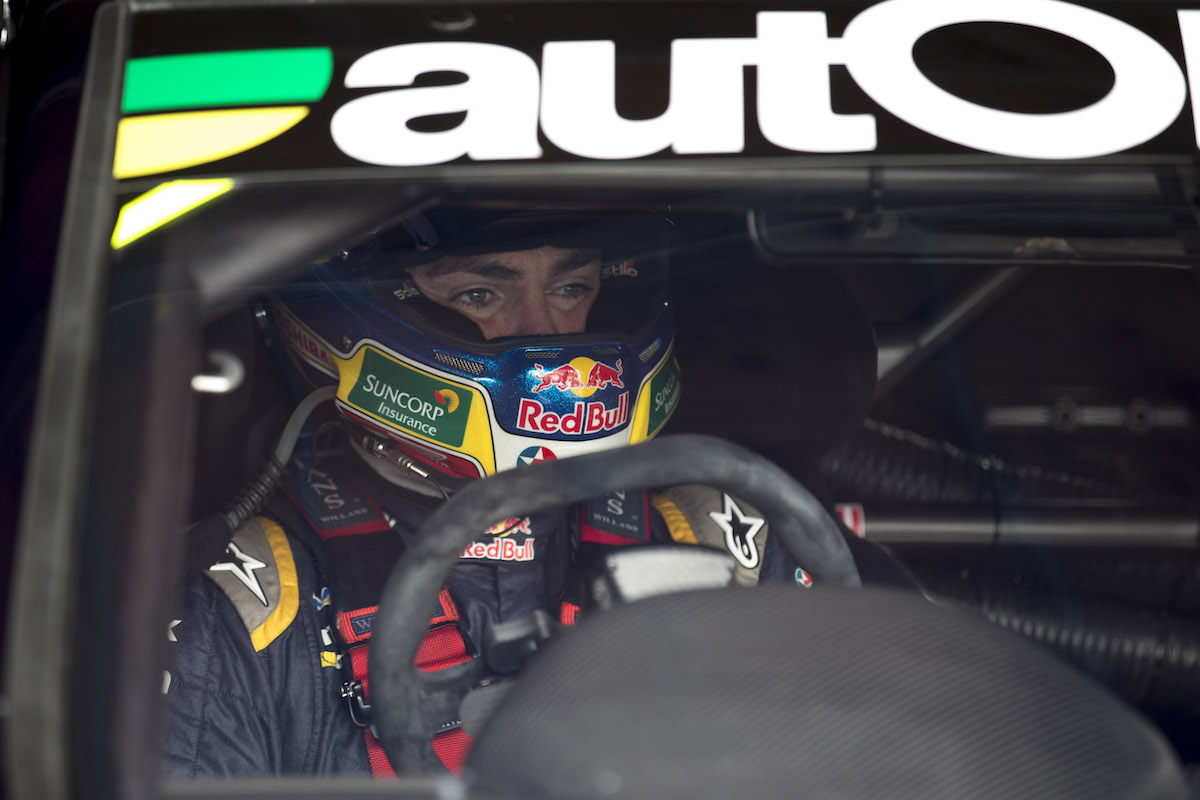 Craig Lowndes was unable to take second in the Championship, but really showed what he was made of after a major accident on Saturday in 2014 left him with rib injuries.

The Supercars veteran was pushing hard in qualifying before smacking the wall in the first 10-minute run, triggering the red flag after hitting at turn six. It was later revealed to have been a 6.8g impact. 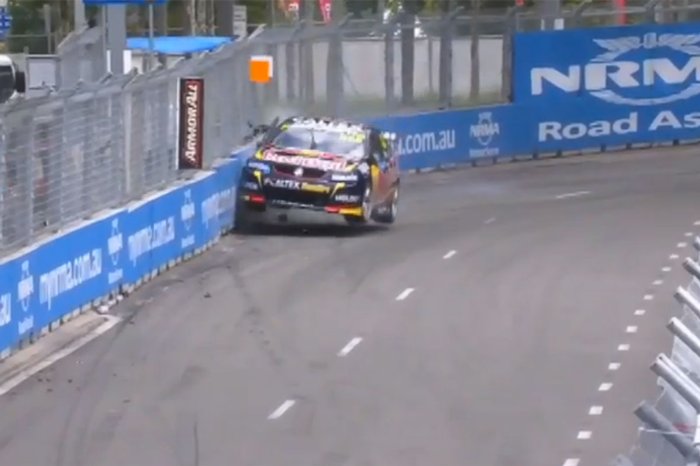 Lowndes was treated between sessions as the Red Bull team performed a miracle to have the Commodore ready to roll out in Saturday’s first race.

He pushed on gallantly to race but struggled to make an impact across the meeting, finishing 13th, 20th and 17th in the three races.

Meanwhile Winterbottom also had a shocker – neither made second in the points, with Shane van Gisbergen taking the honours for Tekno and earning his career best championship finish. That could be bettered next month as he heads in with a 191-point lead over Jamie Whincup.

In one way it was fortunate Lowndes’s injury came at the season finale, giving him the off-season to get back in shape and reset to zero for 2015 – that year he did finish second in the championship.

“I think the car was good enough, there’s no doubt about that – I think my body was just not right for it,” Lowndes reflected on 2014 shortly after.

He was proud of his team’s efforts to turn the car around in the race against time. 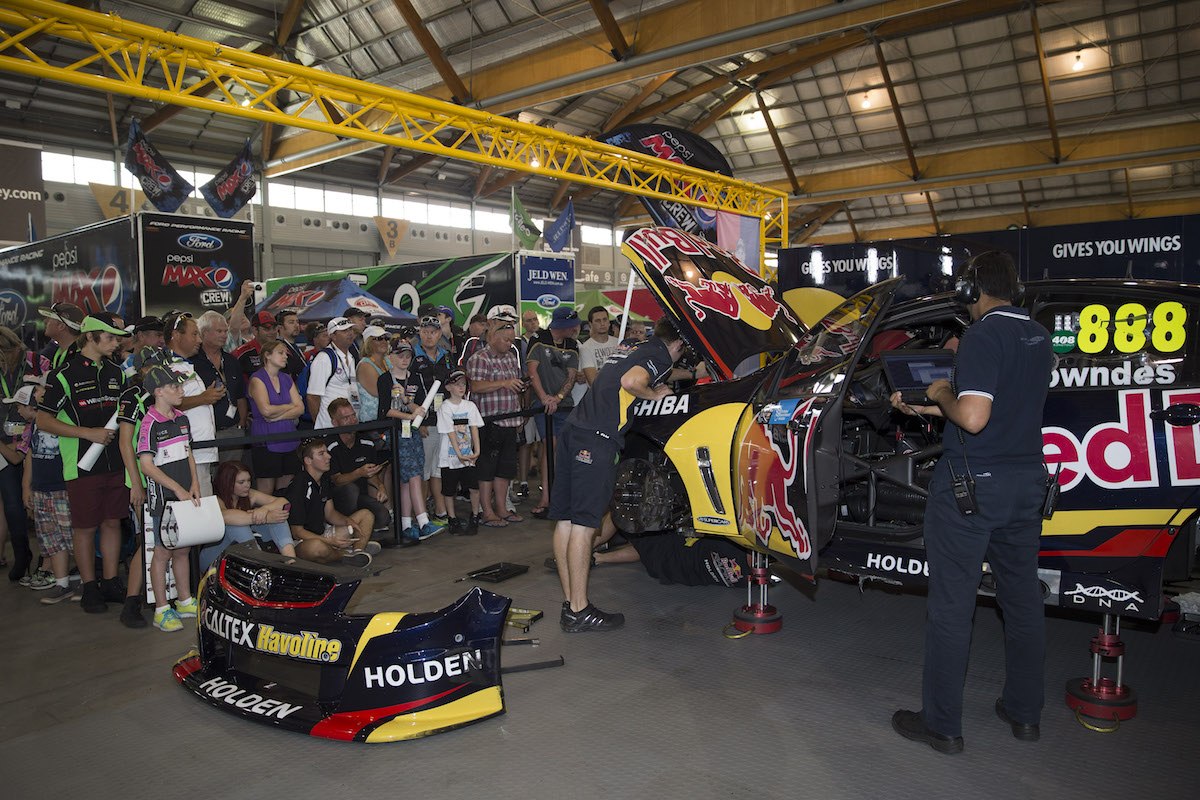 “Jamie was in there doing stuff, so it was all hands on deck,” Lowndes told supercars.com.

“When you have an impact like that you don’t expect too much with the car being repaired but they did a fantastic job – one thing that’s a credit to them is they got absolutely everyone on deck and it was incredible.”

He put on his signature smile that weekend and signed autographs for fans despite his injury, as his team was ushering him away to rest.

“You’ve still got to come out, put on a brave face,” Lowndes said. 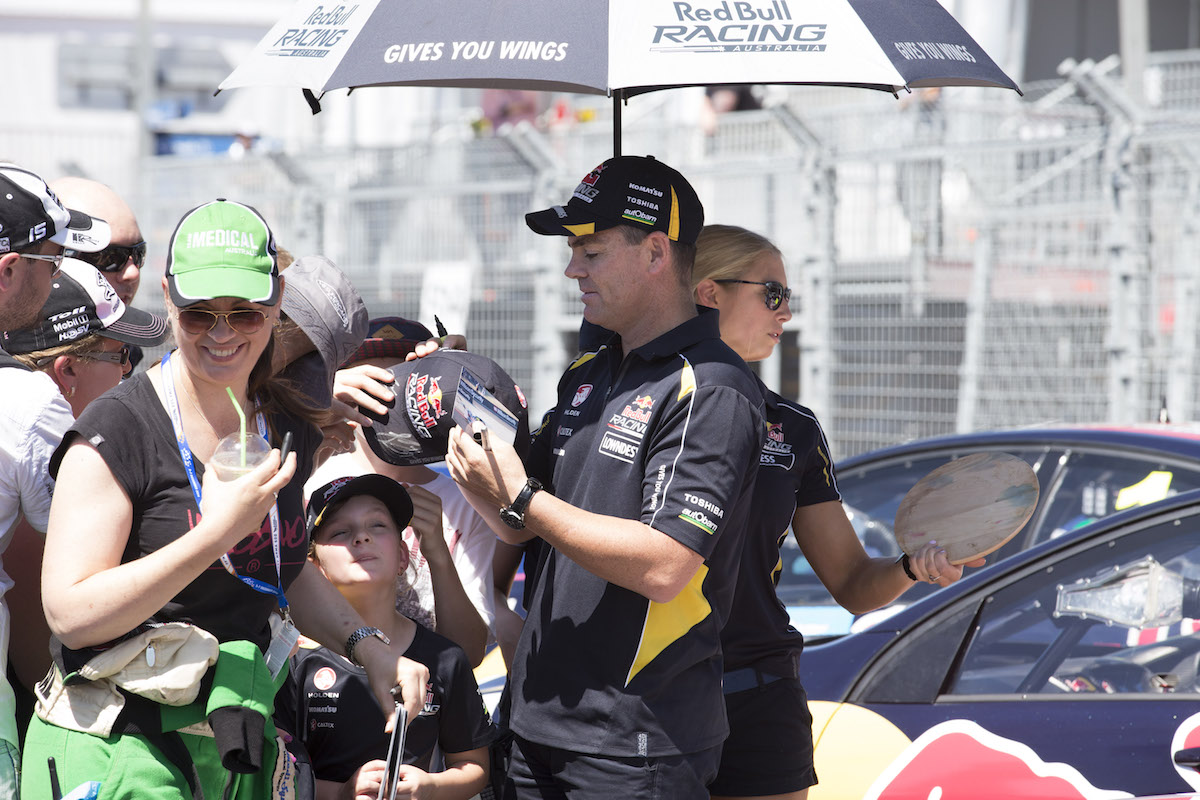 “The fans are here to have fun and experience what it is. Some days it’s good, some days it’s bad, but most of the time it’s a great business to be involved in.”

2015 Coates Hire Sydney 500  ›
Stay In The Know
Sign up to the Virgin Australia Supercars Championship Newsletter
This website uses cookies to improve your user experience. By continuing, you will be providing your consent to our use of cookies.Ok