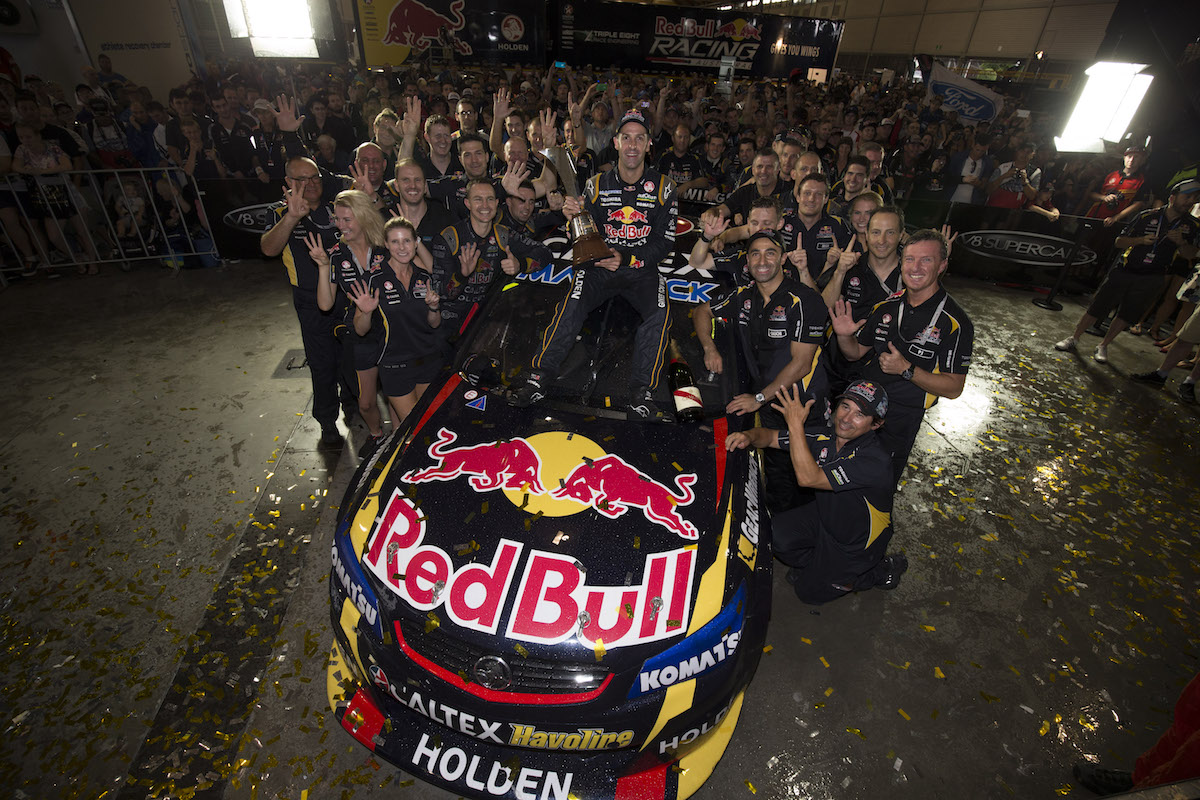 Storms abruptly ended the racing on both days in 2014 but even wet weather couldn’t dampen Jamie Whincup’s spirits as he smashed existing records and became the first to win a sixth Virgin Australia Supercars Championship title.

At 31 years of age, he surpassed the ‘five’ mark of legends Mark Skaife, Dick Johnson and Ian ‘Pete’ Geoghegan with the biggest margin of any of his titles.

While Whincup earned enough points to secure the Championship at the previous round at Phillip Island, Whincup was officially awarded the trophy on Sunday in Sydney, after running barefoot through the pit lane puddles to the podium.

“I know this moment won’t last forever, I’m in a very critical and amazing part of my life – it could be the best part of my life, I’m not sure,” Whincup said at the time.

“But I’ll try come out again next year and try and do what I’ve done in the last three years, keep backing up, trying to improve and riding this massive roller coaster for as long as I can.”

Whincup reiterated that the celebrations had been on hold until that night, despite heading into the finale with more points than he needed. 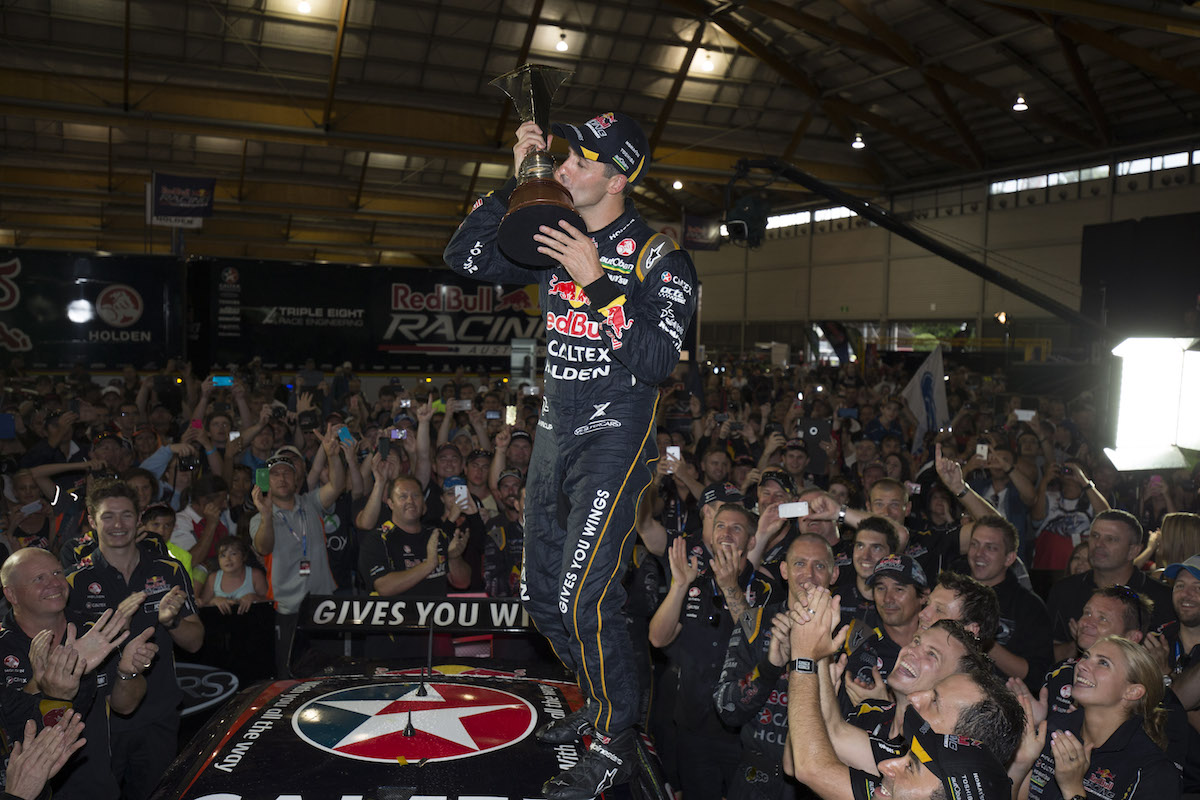 “We’re very good at bottling our emotions,” he said.

“We’ve had so many good things happen this year, we’ve had some big wins at places like Townsville and a huge win on the Gold Coast.

“You probably wonder what we do on a Sunday night. We just go home and go to bed, have a couple of bottles of water, go do a recovery swim in the morning and off you go again.

“You bottle all of that emotion until moments like these where you reflect on what the year has been and all the good things that have happened.”

Shane van Gisbergen exploited a slide on what ultimately became the very last lap by Garth Tander to win that Sunday race and incredibly leapfrogged Mark Winterbottom to finish second behind Whincup in the 2014 Championship. James Courtney also ended the race on the podium.

The previous day had also ended prematurely with the summer rain hitting hard, Whincup taking the honours from van Gisbergen and Scott McLaughlin.