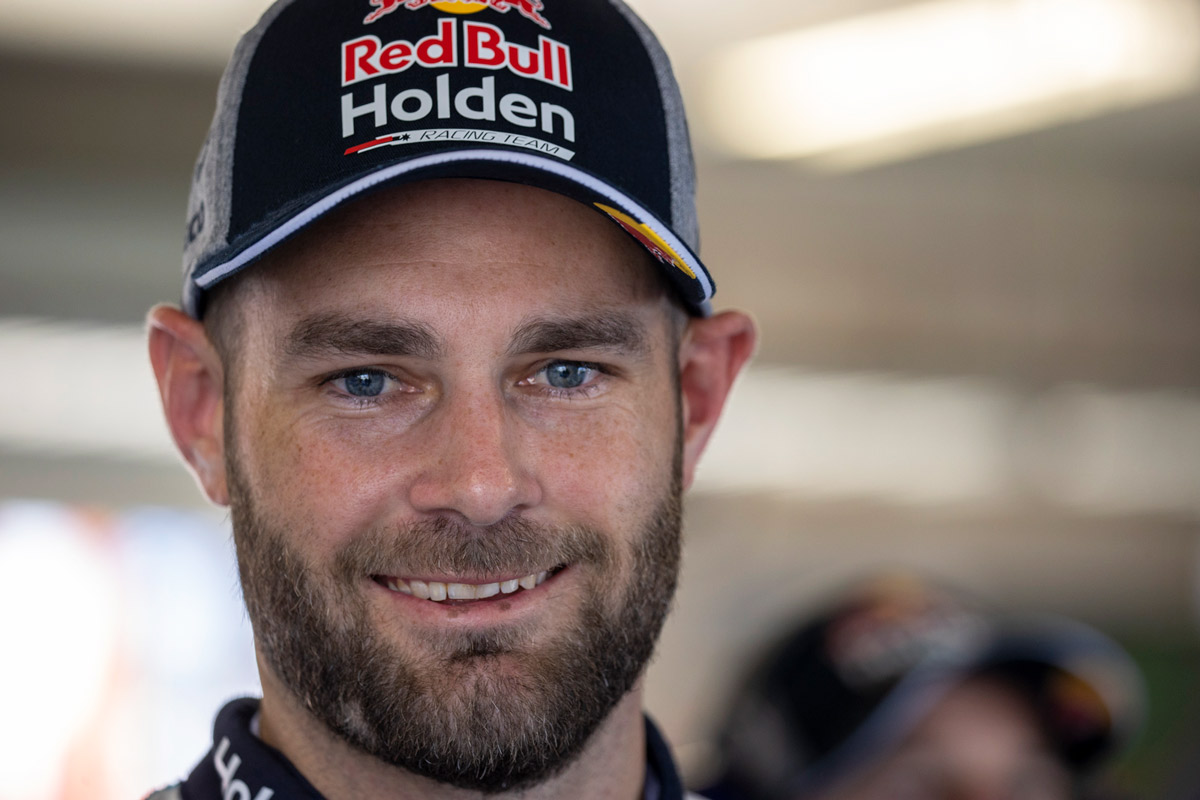 Shane van Gisbergen offered a brief but pointed response to Scott McLaughlin’s accusation that he played ‘silly games’ in the Townsville finale.

McLaughlin took umbrage to van Gisbergen’s late-race pass for the lead of the 39-lap race, where the Holden driver ran the Ford wide, allowing teammate Jamie Whincup to follow him through.

As a result, Whincup trimmed McLaughlin’s championship lead to 143 points with three events remaining in the 2020 title race.

McLaughlin labelled the move as “pretty average”, adding that “it’s a bit early for those silly games”.

Asked about that comment in the post-race press conference involving all three drivers, van Gisbergen said: “I don’t know about this stuff.

“We don’t need to bring up ‘debriss’ and stuff like that. I thought it was a fair pass on my part.”

Van Gisbergen’s “debriss” reference was a cheeky reminder of the 2019 Supercheap Auto Bathurst 1000, where McLaughlin and co-driver Alex Premat won in controversial circumstances.

McLaughlin’s teammate Fabian Coulthard had held up the field under Safety Car during the race, for which the team was later fined and docked points, deemed to have broken the FIA’s Obligation of Fairness rules.

In their findings, stewards declared the mispronunciation of the word “debris” in radio messages to Coulthard was evidence its engineer was “speaking to a script”.

Bathurst will this year play host to the championship decider for the first time in two decades, with its recently confirmed October 18 date bringing the season to a close.

Asked in the press conference if the rivalry between the teams is simmering as Bathurst approaches, McLaughlin said: “It’s always simmering, it’s obviously still in their minds.

“We got the win [at Bathurst last year] and we’re really proud of that achievement and the championship last year and how we got it.

“But at the end of the day we work hard as a team to take the fight to one of the best teams in pitlane.

“You like to have a battle all the way to the end. Obviously we’re going to bang doors and disagree from time to time, that’s motorsport and that’s how we get on.

“If I say something I’m going to be hated and if I don’t say something people are going to say I’m soft, so it’s one of those deals where I’ve just got to cop it.”

Whincup meanwhile welcomed the day’s controversy, adding of the late-race pass: “I was just doing my thing. It’s racing, it’s a team sport and we race hard.

“It’s been going on for years and will hopefully continue for many years to come. It’s what it’s all about.

“The day no one’s talking about [the sport’s rivalries] is the day we’ve got to be worried.”