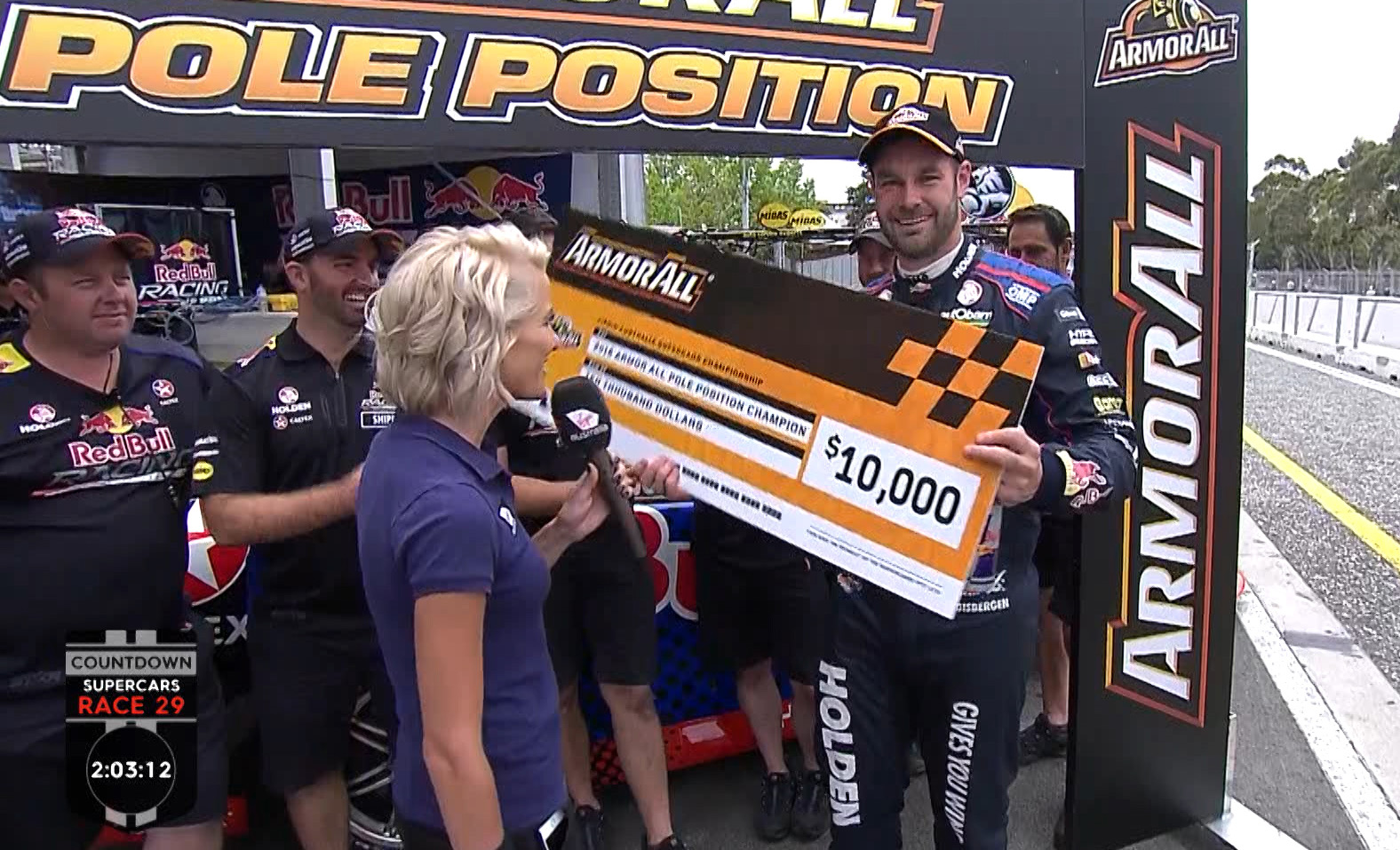 Shane van Gisbergen has taken out the ARMOR ALL Pole Award today after locking in the 2016 Championship yesterday in Sydney.

The quick Kiwi only managed second to Garth Tander in the final Top 10 Shootout of the season, but it was enough to take the $10,000 cheque with teammate Jamie Whincup making an error at turn one and ruining his lap.

Both came out of the lane ready to fire in the Top 10 Shootout and van Gisbergen revealed both made mistakes.

“That was going to be a showdown, I knew Jamie would be on it. He made a mistake and so did I on my lap. I was on a good one and mucked up the chicane, I  came out in third gear instead of second.”

With Tander in P1 and James Courtney in third, the Holden Racing Team look like strong challengers today in the last race they will run as the factory backed team.

Van Gisbergen will be hoping to go out with a win today before his victory burnout and holding up the Championship trophy.

“Looking forward to the race, the HRT guys will be pushing hard,” the Red Bull racer said.

“It’ll be good to race against Garth, it’s always fun. Hopefully I’ll get a good start, I’m pretty average at them, so hope to get a good one today.”

Click here for the ARMOR ALL Top 10 Shootout results.