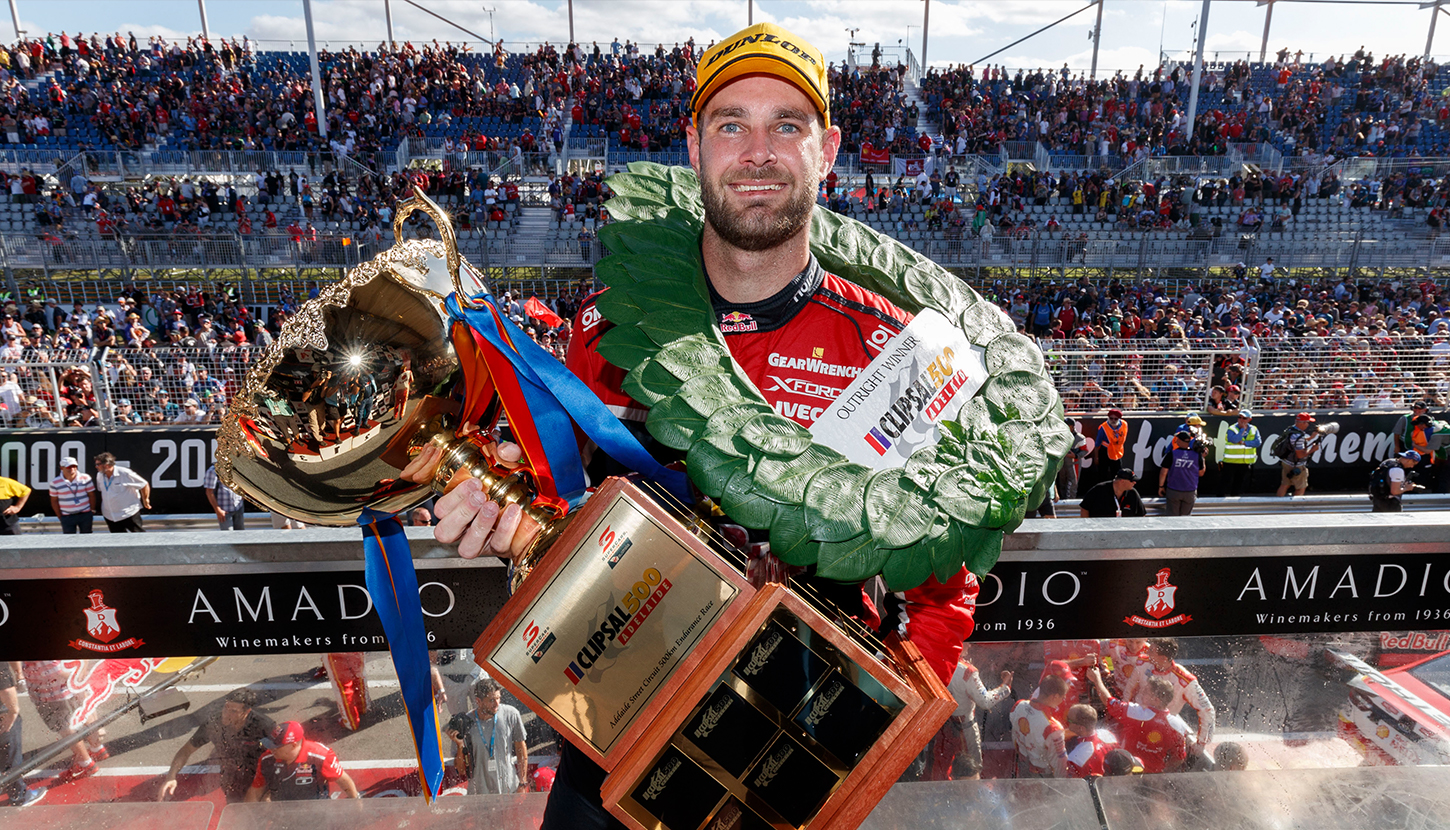 Shane van Gisbergen has revealed that his dominant display at the Clipsal 500 came despite feeling ‘very uncomfortable’ with an ongoing vibration in his new Red Bull Holden.

The Kiwi made the perfect start to his title defence with two ARMOR ALL Pole Awards and two race victories at the Adelaide street circuit.

It wasn’t all smooth sailing, however, with van Gisbergen saying post-race that he continued to struggle with vibrations that had impacted his pre-season test in Sydney last month.

“It’s not that we weren’t confident, but we had a pretty average test,” van Gisbergen explained.

“We still learned a lot but we had some unknowns with the car and they were still there this weekend.

"We had big vibrations so it was a bit of a struggle.

“The car is still fast, it doesn’t cost us any time, but it’s very uncomfortable knowing there’s something not right with the car.

“There were a few big problems all weekend, we chipped away at them but never fixed them.

"We need to fix that and make it better.”

“It wasn’t a secret that we had some issues with the car (in Sydney),” he told Supercars.com.

“We had some noise in the test day we couldn’t put our finger on and had hoped we’d fixed it coming here this weekend.

“But it developed some other problems like vibrations and that was from rollout on Friday (in Adelaide).

“To put all that aside and to work through, it’s a full credit to Shane, Shippy (McPherson) and all the crew on that car.

“The whole engineering crew are working so well together I can’t compliment them enough.

“We mention it, but I don’t know if people understand how well they’re working together.

“That’s the difference it makes and that’s the reason we’re having success in previous years and moving forward.”

Van Gisbergen’s victory today also came despite being buried in traffic during the middle stint after taking on more fuel than many of his rivals at the first stop.

The 28-year-old pulled a crucial pass on James Courtney before setting off after Scott McLaughlin, who eventually cracked under pressure and conceded the lead with three laps remaining.

Van Gisbergen also said he was saving fuel during the final stint in order to make it to the chequered flag.

Summer slog paying off for Waters