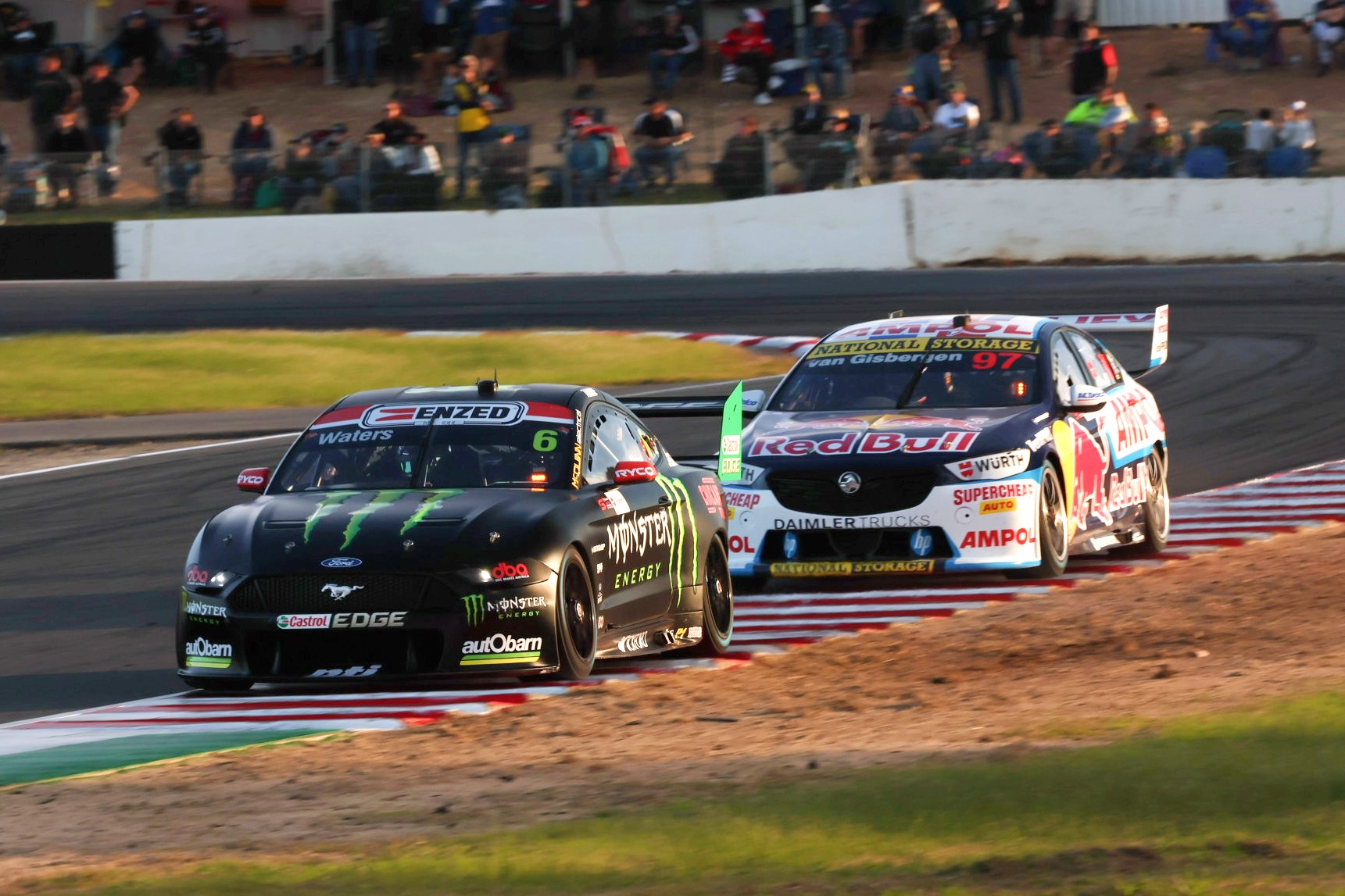 It came after a race-long battle, which reached its climax on the final lap of 36.

Van Gisbergen nerfed the rear of Waters’ car at the penultimate corner, leading to contact at the last corner.

Waters’ car was unsettled; van Gisbergen, who picked up damage, rolled out of it.

It allowed Waters to clinch victory by 0.4s.

Speaking afterwards, van Gisbergen held true to his belief Waters was for the taking.

"Towards the end, I was kind of settled for second, but then Cam gave me an invitation to pass," he said.

"I drove in and had a go, but then he cut across me at the last corner which I would have done as well.

"That damaged our car. Sometimes I need to settle for second, but sometimes I can’t help myself."

Van Gisbergen suffered a broken steering arm in the clash, and was taxied to the podium.

It came after Waters beat van Gisbergen off the line, the latter scoring pole with a record lap.

Van Gisbergen, who extended his series lead, was disappointed not to convert his pole.

"Qualifying was great today, it’s the best qualifying car I’ve ever had at Winton," he said.

"I was super stoked to get pole here because it’s not our best qualifying track normally, so it was a really good result.

"I had another dud start in the race, unfortunately. I tried a different technique which we’ve been planning, but it didn’t quite work out.

"Going backwards in a race is never fun, and the race would have been different if we got a good start."