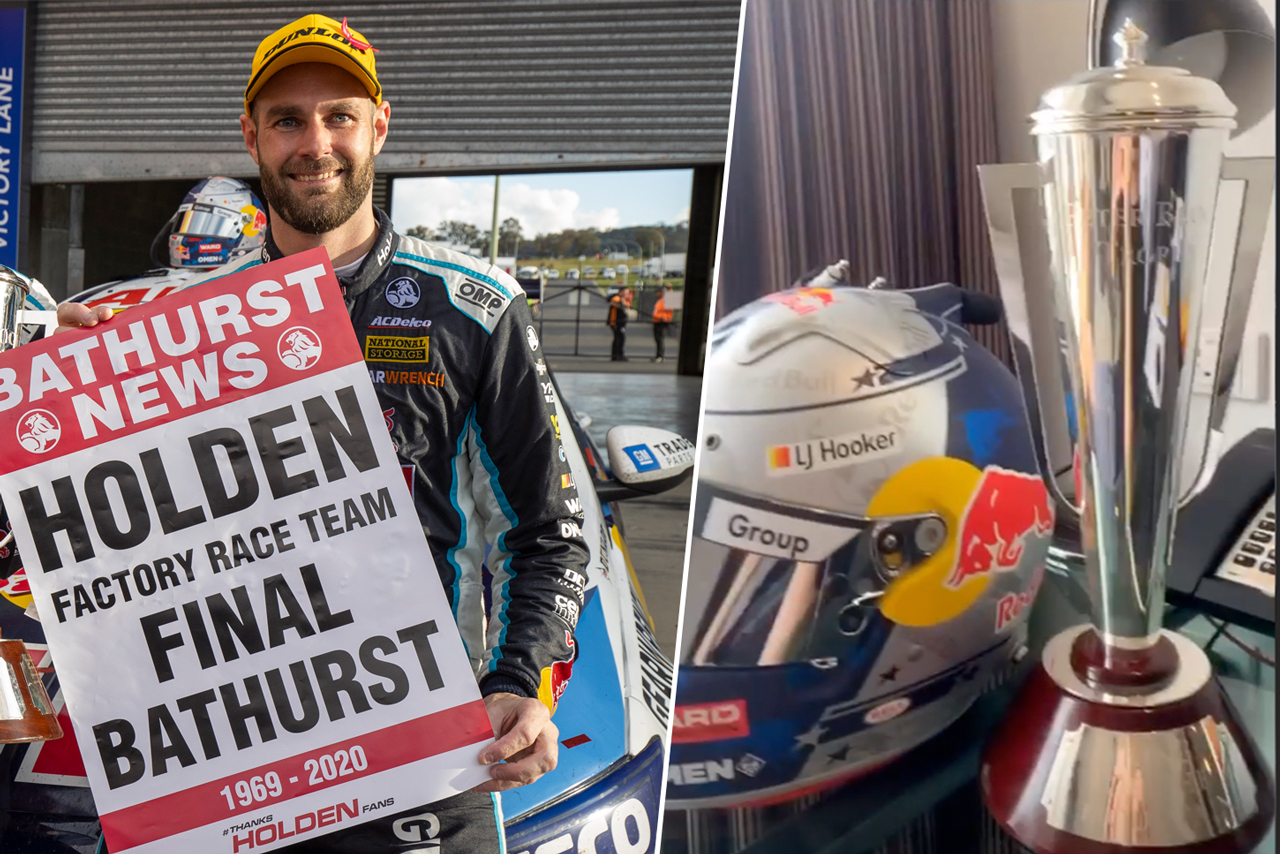 The proud Kiwi showed off his newly won Peter Brock Trophy from his hotel quarantine in Auckland in a post on Instagram today.

He will stay in quarantine for the next 14 days before officially returning home for the summer.

Van Gisbergen’s Peter Brock Trophy is one of three, reduced-size replicas produced for the winners - one each for the two drivers and team.

The perpetual trophy is with the Triple Eight team, which will spend two weeks in the New South Wales/Queensland border bubble before returning to Brisbane.

Asked on Monday about his plans for his time in NZ once out of quarantine, van Gisbergen was straight to the point.

“I’m going to keep racing,” he said. “I’ll do some rallying, speedway, motorbikes… racing everything.”

His plans include a competitive rally outing at the Battle of Jacks Ridge next month, where he’ll take on fellow Kiwi Bathurst winner Greg Murphy.