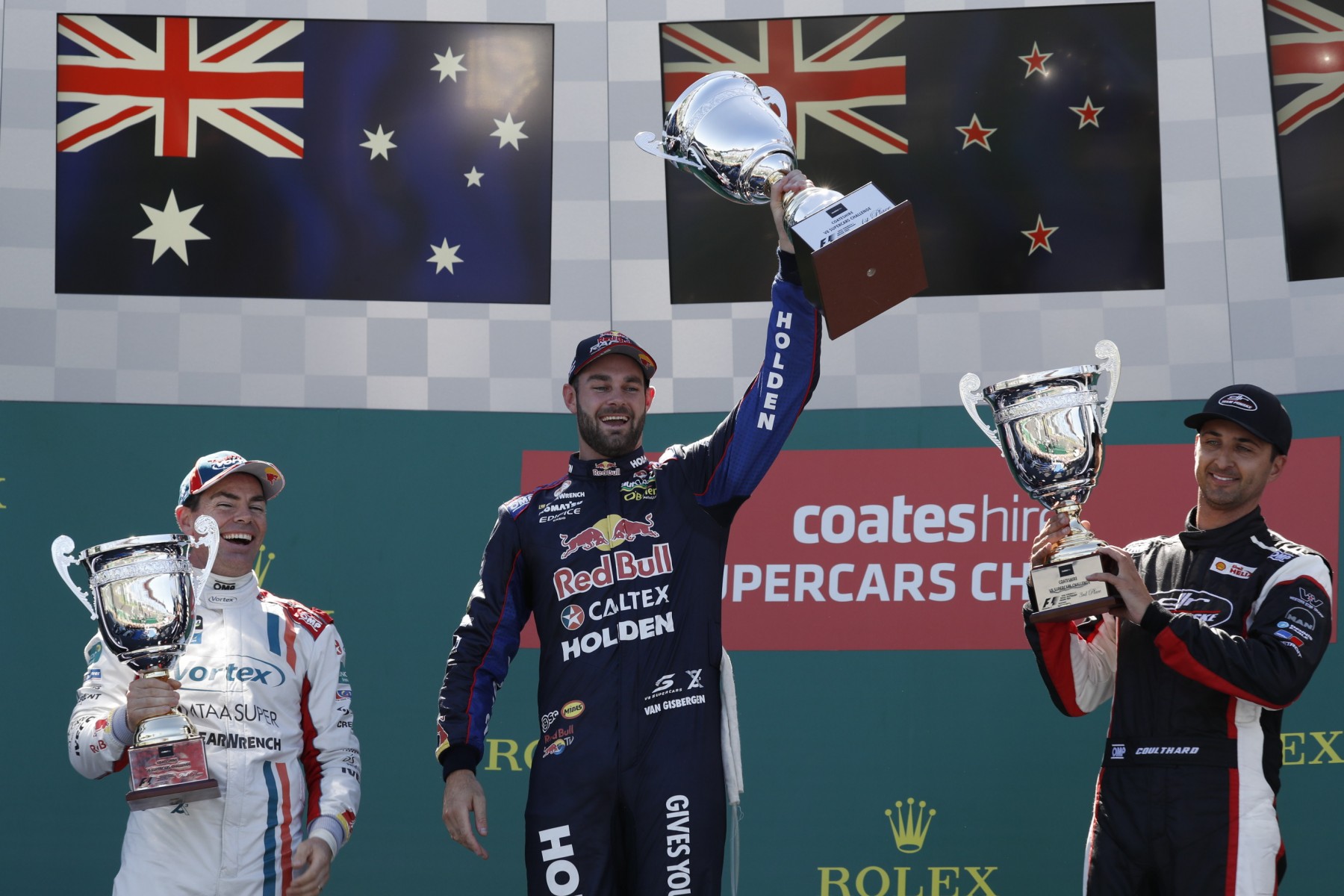 The speedy Kiwi won three of the four runs across the meeting, but ultimately went unchallenged for the event win when teammate Jamie Whincup’s car pulled to a stop on the track just three laps into the final race.

A 1.26 second margin over DJR Team Penske’s Fabian Coulthard locked it away, the New Zealanders leading Craig Lowndes and James Courtney home in the 12-lap dash.

Van Gisbergen took the lead from the rolling start, with Coulthard getting a good jump into second.

Champion Mark Winterbottom couldn’t make it up further than 11th, and while Todd Kelly finished 20th his Nissan made the race distance, with no repeat of the mystery issue suffered this weekend.

The V8 Supercars return to the track for the next Championship round in Tasmania from April 1-3.