Championship leader Shane van Gisbergen has been slapped with a drive through penalty after punting outgoing champion Mark Winterbottom.

With a 191-point lead he only needed to finish in the top five, with Jamie Whincup winning, to secure the title.

But the quick Kiwi was unable to get the jump off the start, dropping back to sixth.

On lap 10 van Gisbergen tried to get past Winterbottom but ran into the The Bottle-O Falcon and spun him at turn nine – the same part of the circuit he controversially made contact with race leader James Courtney last year. 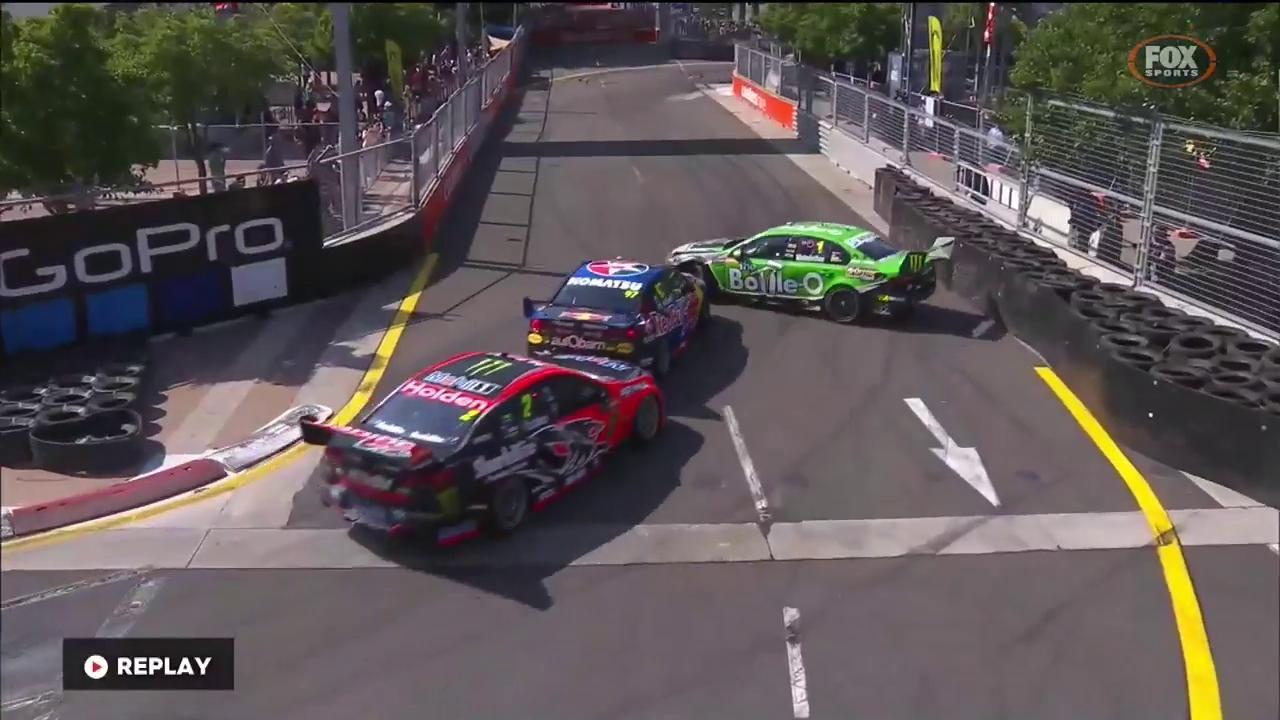 Van Gisbergen tried to redress but the #1 Falcon had dropped too far back in the field.

Winterbottom went straight into the garage while van Gisbergen toured the pit lane. Winterbottom wasn’t all too pleased sitting in the damaged car in the garage.

“Looks like he’s tagged me in the rear and spun me around. I’m in a position I don’t have to defend anything. He got a drive through and paid the penalty – doesn’t help me though,” Winterbottom said.

“In his position he should use his head a little bit."

Red Bull team boss Mark Dutton said it was a fair call for the penalty.

“Car 1 came across but I don’t think Shane was quite up there,” he said.

“It was millimetres in it. It looks like a fair call but it’s tough to know – if he was another 2mm forward he’d be clear but just wasn’t there.”

There was secondary contact but Dutton confirmed the Red Bull Commodore was not damaged.

Whincup leads the race from Garth Tander and Nick Percat on lap 20 of 74 with the first cycle of pit stops playing out.