Shane van Gisbergen is settling into his new team and playing down any rivalry between he and teammate Jamie Whincup.

Whincup is the most successful driver in V8 Supercars with six Championships and four Bathurst wins, while van Gisbergen is one of the most exciting emerging racers with his flair on track and eagerness to drive anything with an engine.

Today’s run at Queensland Raceway is the Kiwi’s first test day with Red Bull Racing Australia, after a brief shakedown of his new car on Monday.

He was pleased with the day’s running and seemed to be fitting in well with the group.

“It has been a pretty good test so far, I’m just learning the car and the team, and it’s getting better and better,” van Gisbergen said.

“It’s pretty hot out here and slippery but I’m getting a feel for it.” 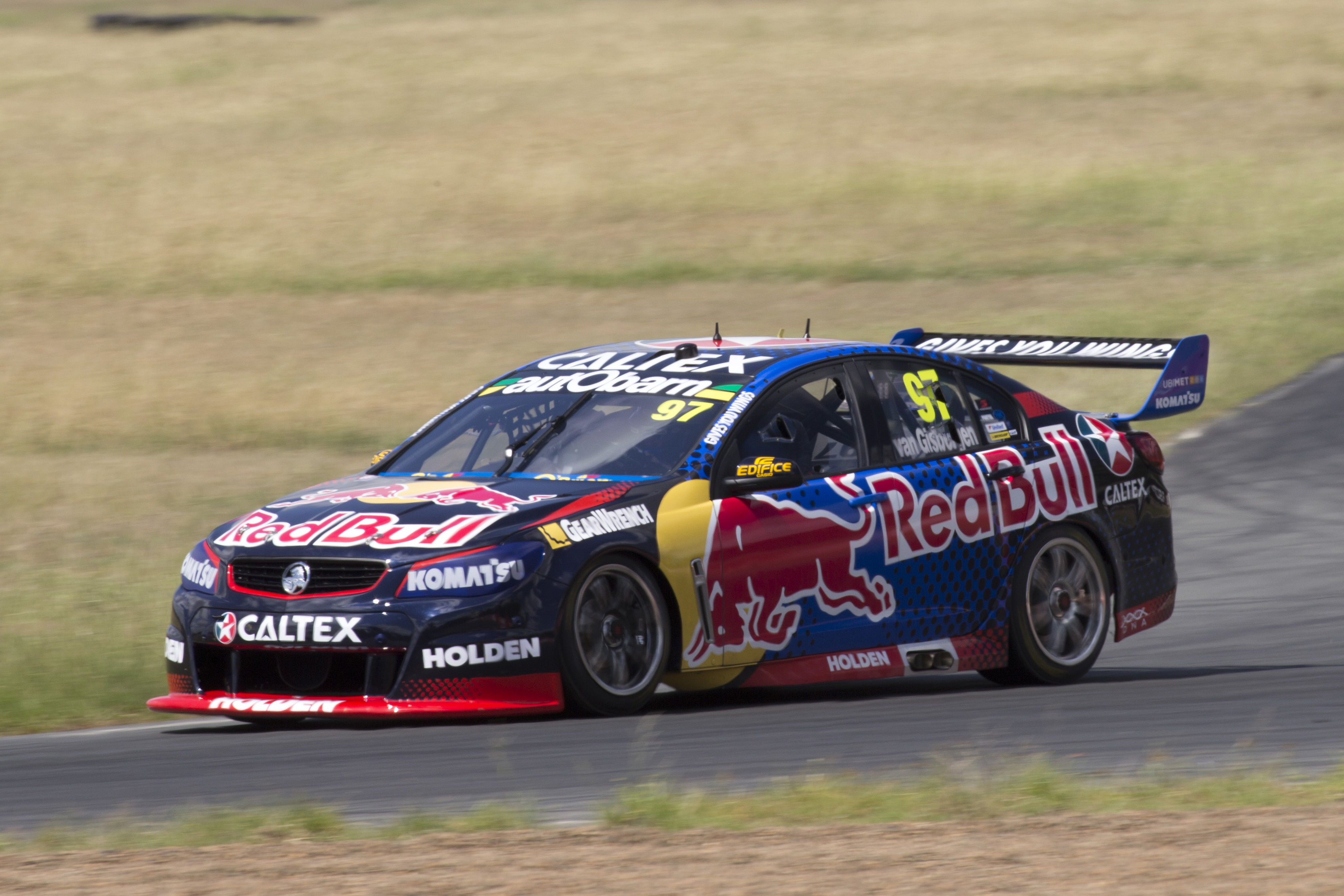 The new challenge van Gisbergen will pose as a teammate to both Whincup and Craig Lowndes will be one of the most exciting stories to watch, but the 26-year old emphasised the drivers will be working with each other to stop other competitors, rather than focus on beating each other on track.

“It’s only a story because you’re making it [one],” he said.

“For me it’s exciting because we’re working together. I’m learning a lot off him [Whincup] and the way they go about it, and Craig as well.

While he steered a Triple Eight built car at customer team TEKNO Autosports last year, there were some differences to get used to with the latest spec Holden Commodore.

“It’s still a Triple Eight car, so I’m getting a feel for it.

“The setup philosophy is a little bit different, so it’s just [about] feeling comfortable. It looks good, it goes fast so all happy.”

Sharing the test track with other Queensland-based teams means TEKNO is also on track with its new driver Will Davison learning about their car.

Shifting from a single-car team to a supergroup in Triple Eight provides a different dynamic for van Gisbergen, who is working with new engineer Grant McPherson today.

“[I’m] learning that relationship – it has been pretty good. It’s quite different to what I’m used to and bouncing ideas off teammates is again a new thing for me.”

Veteran Lowndes, who drives his V8 Supercar for the first time after breaking his collarbone over the summer, believed van Gisbergen would slot in quickly with the team.

“To be honest I’ve left him alone as he has to bond with his guys and Grant McPherson,” Lowndes said.

“I’ve had a look at his lap times and his body language – he looked comfortable, he said the car’s a little bit different to drive to the TEKNO car from last year, but he’ll fit in really well, no doubt he’ll find the speed.”

An additional driver in the squad means more information to work with and Lowndes thinks the collaboration between the three will be a positive thing moving forward.

“This is the first day we’ve had the opportunity the three of us to really work alongside each other and understand each other,” he said.

“Of course it’ll become more apparent when we get back to the workshop after today and we’ll debrief over the three cars, what we did, what we found.

“That will obviously be a lot longer process now having three drivers instead of two, but it’s great for us the knowledge and understanding of the cars.”

Van Gisbergen has recorded the fastest time in the second session of the day at Queensland Raceway, his 1min10.2663 lap 0.4640sec quicker than Whincup.

A handful of Dunlop Series drivers are sharing the circuit with young gun Todd Hazelwood third on the timesheets, followed by Scott Pye, Will Davison, Lowndes and Coulthard rounding out the Championship competitors.