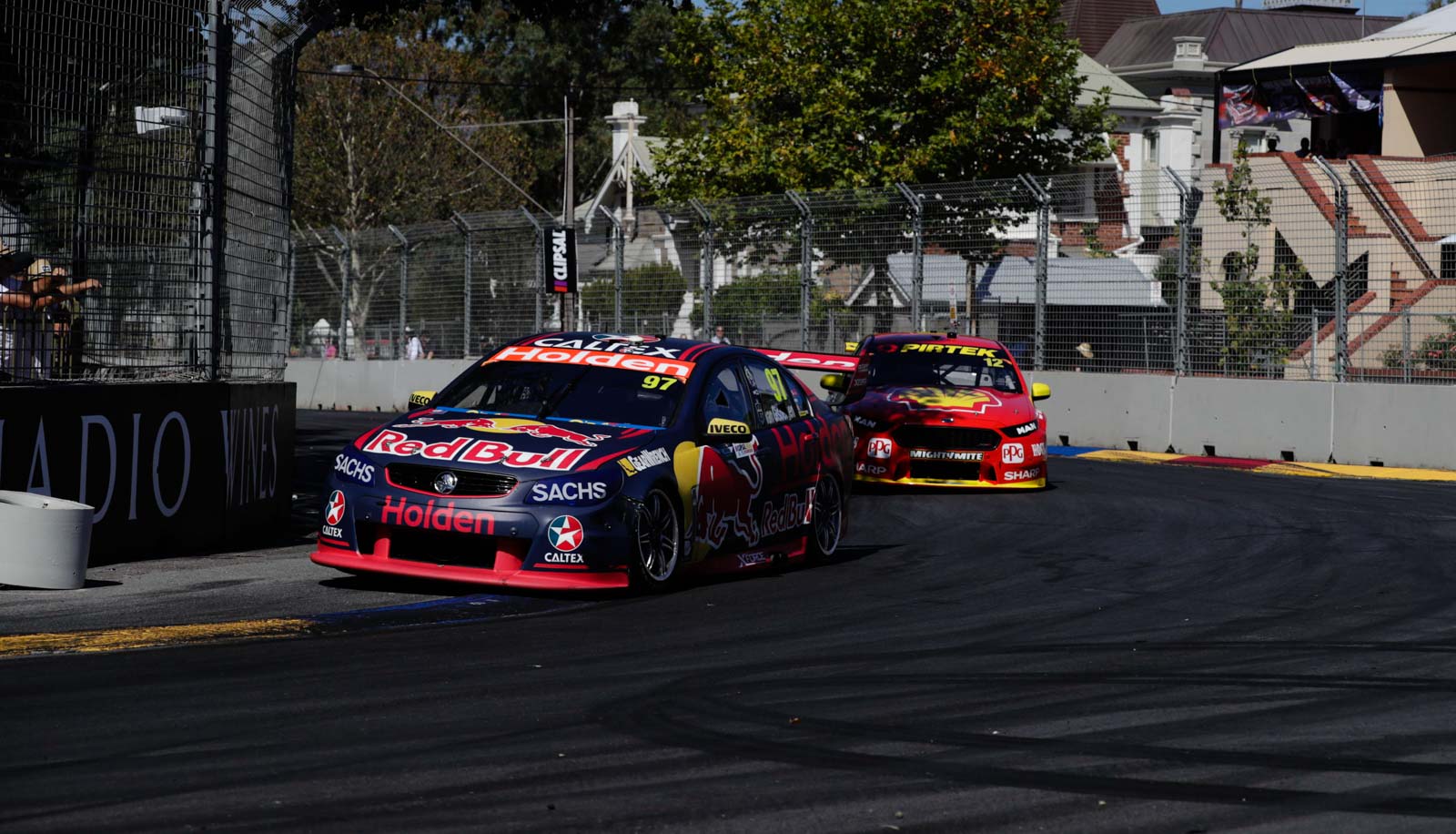 Shane van Gisbergen expects that the Shell V-Power Racing Team will carry on its strong Adelaide form and be a consistent threat this season.

Reigning champion van Gisbergen firmly established himself as the favourite for the 2017 title with a stunning display in Adelaide, winning both races from AMROR ALL Pole Position.

The Shell V-Power Fords were the Kiwi’s biggest challengers, but questions remain over whether the team can carry that speed across enough circuits to fight for the title.

All 26 Supercars will be back on track this weekend at Albert Park, where the Penske Fords were also fast last year before struggling at the next points event at Symmons Plains.

“I think they will be,” van Gisbergen told Supercars.com when asked if Penske will be a consistent force in 2017.

“Watching their car in the races in Adelaide it looked very different to what it did last year.

When pressed, on whether the Shell V-Power Fords ‘look like Triple Eight cars’ following Ludo Lacroix’s move between teams in the off-season, van Gisbergen continued:

“It’s exactly what it looks like, but that’s part of the business.

“People move teams and take their knowledge with them.

“Whether it’ll work on a Falcon at another track with different aero, you never know.

“But their biggest strength is that they’ve got a couple of really good drivers, so I think they’re going to be hard to beat.” 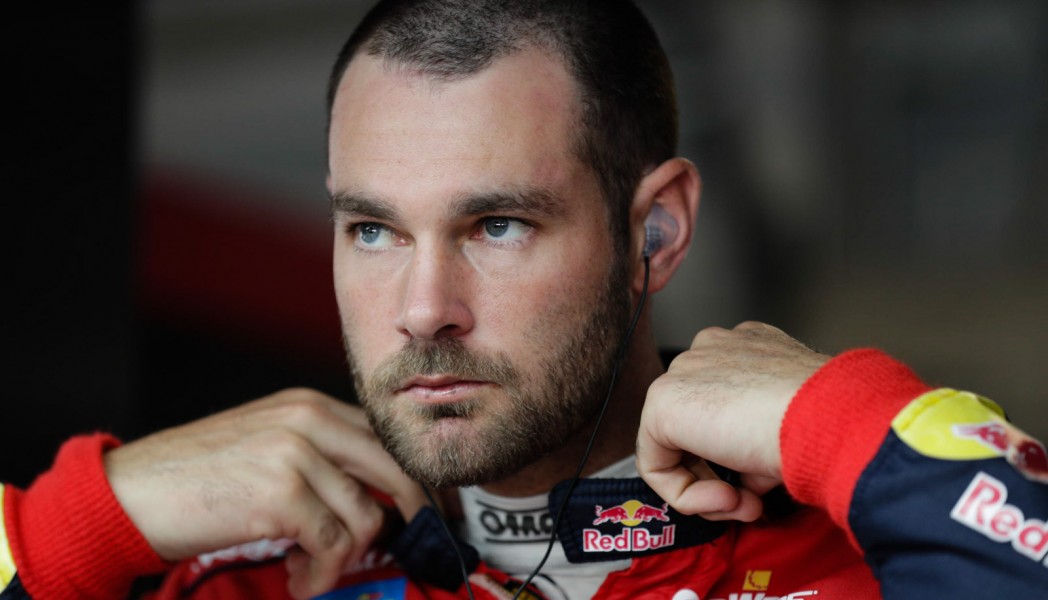 Van Gisbergen however stopped short of singling out the Queensland-based Fords as Triple Eight’s biggest competition.

“I’m not seeing it as just a fight between two teams, I want to beat everyone,” he said.

“The Prodrive cars are very fast and the HSV cars were quick in Adelaide.

“There’ll be a couple of clear contenders after a few rounds.”

Van Gisbergen is meanwhile hopeful that his team has been able to fix issues with his new chassis since Adelaide.

Although dominating the weekend, van Gisbergen reported a vibration in the car that had also been present at the pre-season test in Sydney.

He is keen to focus on continuing to learn Dunlop’s 2017 construction tyre at Albert Park, where the super soft version will debut.

“We’ll be trying to win races and be up front, but we’re still trying to learn the tyre. We still don’t fully understand it,” he said.

“Obviously we are going ok, but it didn’t feel right in some areas (in Adelaide) where we can improve.

“It’ll be interesting to see how much faster the super soft tyre is as well.”

Van Gisbergen will head to Melbourne following a disappointing end to his debut in the Sebring 12 Hour sportscar race last weekend. 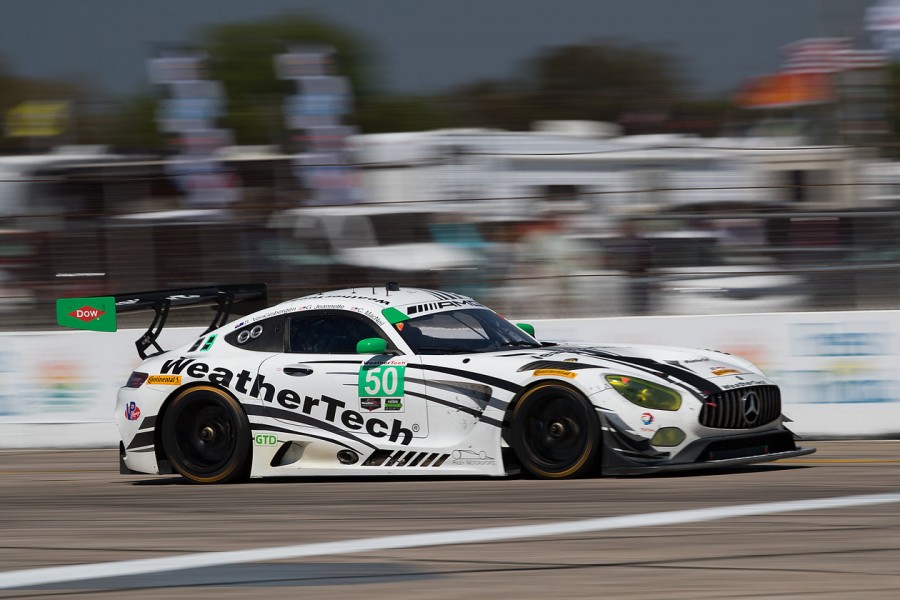 The Mercedes that van Gisbergen was sharing with Americans Gunnar Jeannette and Cooper MacNeil was forced into retirement with steering issues at the halfway mark.

“We thought it might have been tyre pressures, but it turned out it was something more.

“It’s a shame. Two bad races (including Daytona in February), two DNFs. But, we had a strong car and three strong drivers.

“From my end, the car was decent. I was able to push the whole way and we got up to second (in class).

"But, what a shame. What could have been?”