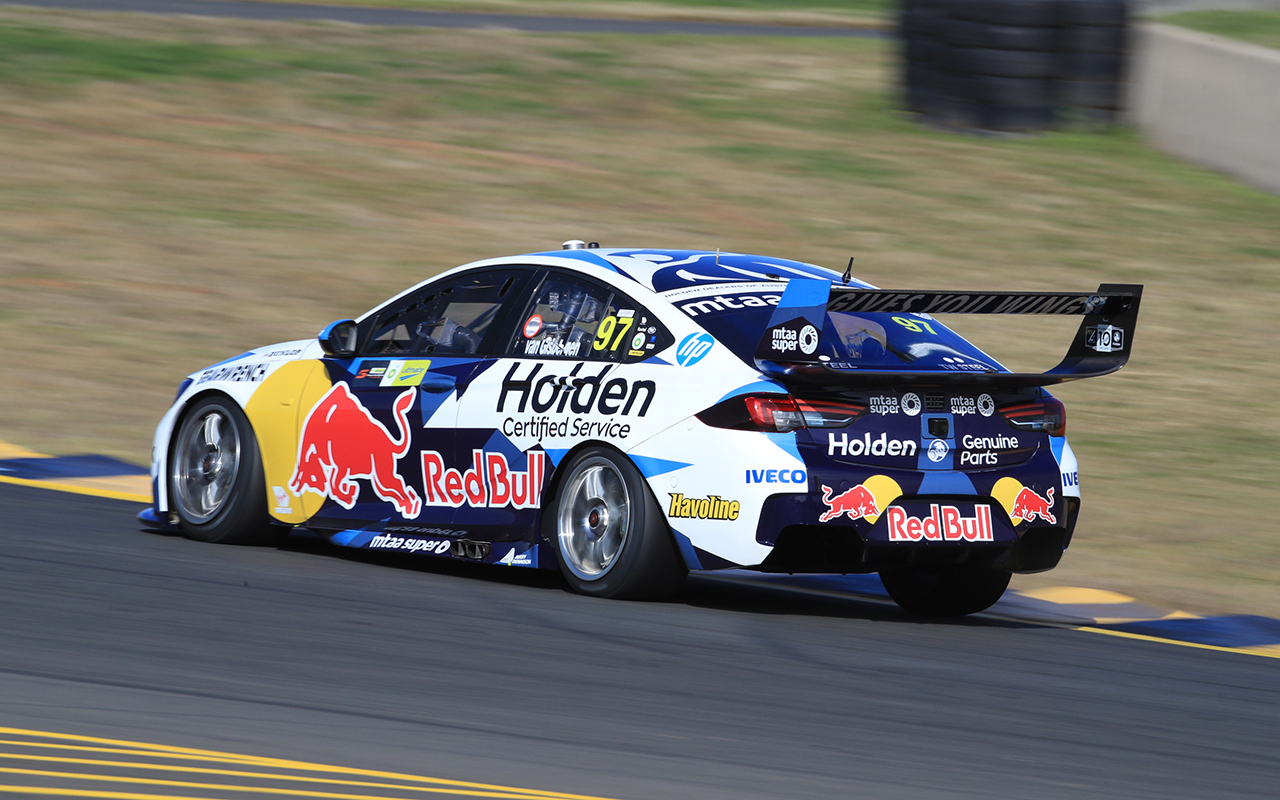 Shane van Gisbergen topped opening practice at the BP Ultimate Sydney SuperSprint, amid a flurry of late flyers in the 30-minute session.

Van Gisbergen was the only driver to lap under the 89-second mark in the first full-field session of the weekend, posting a 1:28.9179 to be more than a tenth up on Scott McLaughlin.

The Red Bull Holden star was coy about a possible ankle injury but was satisfied with his first session back.

“It was awesome to get back out there, I’d missed that feeling of new tyres and clean track at the end, it was so cool. It’s really cool to be back,” he said.

“When you haven’t driven for so long, the first time you put your foot down it feels so fast and in the end you want more grunt.

“I’m just getting used to what I need from the car again and what direction we should go in. We don’t have much time so we’ve got to figure it out quickly.

“We don’t have much data anymore either so we’ve got to work out the direction we want to go.”

He added of the vibe at the TV-only event: “It’s weird, you can’t go and see your mates and hang out. It’s a weird feeling with no-one here, but it’s alright.”

In a relatively uneventful session as drivers eased back into the swing of things, McLaughlin almost held top spot from start to finish.

The Shell V-Power Racing driver, who leads the 2020 standings, set a 1:30.9s on his first flyer – faster than all times in the earlier rookie-only practice bar Bryce Fullwood’s final two laps.

McLaughlin then went quicker again his second time around, improving to a 1:30.1725.

Perhaps even more impressive was the fact James Courtney was his nearest rival for much of the session, holding second in his first outing aboard the Tickford Racing Mustang.

Courtney later had a moment, with a big lock-up into Turn 2 after switching to new tyres.

The 2010 champion would ultimately drop to 17th, unable to join others in improving late.

“Everything went really well, I fitted in quite well and I was surprised we were second for the whole first part of the session,” said Courtney.

“Just at the end there we put on new tyres and locked a brake, but I’m pretty happy.

“There’s a lot more time in me at the moment getting used to this thing and working out how to drive it on the green tyre, where you can push it.”

McLaughlin’s marker was finally knocked off in the dying minutes by Todd Hazelwood as some teams opted to give drivers a chance on fresher rubber.

Anton De Pasuqale then briefly took top spot before being toppled by van Gisbergen and McLaughlin.

Van Gisbergen’s teammate Jamie Whincup could only manage 23rd, with Jake Kostecki at the bottom of the timesheets after logging just five laps.