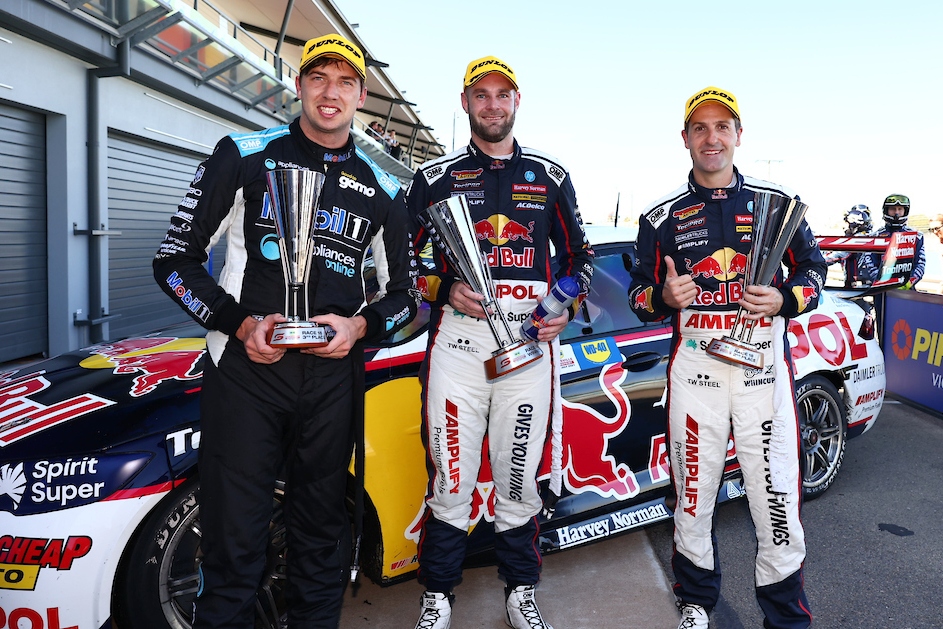 Scott McLaughlin's record of 18 wins in a season, set in 2019, remains the benchmark.

It was van Gisbergen's eighth Townsville win; only Whincup, with 12 wins, has more at Reid Park.

It was also van Gisbergen's 51st career win, edging him closer to McLaughlin and Garth Tander, who are both on 56 wins.

The Kiwi's series lead over Whincup is now 252 points.

Whincup claimed his record-extending 23rd Townsville podium from 33 starts dating back to the first event in 2009.

Chaz Mostert was third, backing up his Saturday podium, and took home a trophy for the 65th time in his career. Mostert matched the legendary Dick Johnson on 65 podiums.

Todd Hazelwood was fifth, marking his best result of the season, having started 10th.

The biggest mover was again Tim Slade, who after vaulting from 19th to fourth on Saturday, gained 12 positions to 12th in Race 18.

The biggest loser was Will Brown, who after suffering a steering column drama, wasn't classified after starting seventh.

The WD-40 Townsville SuperSprint will conclude with Race 19 at 3:40pm AEST.