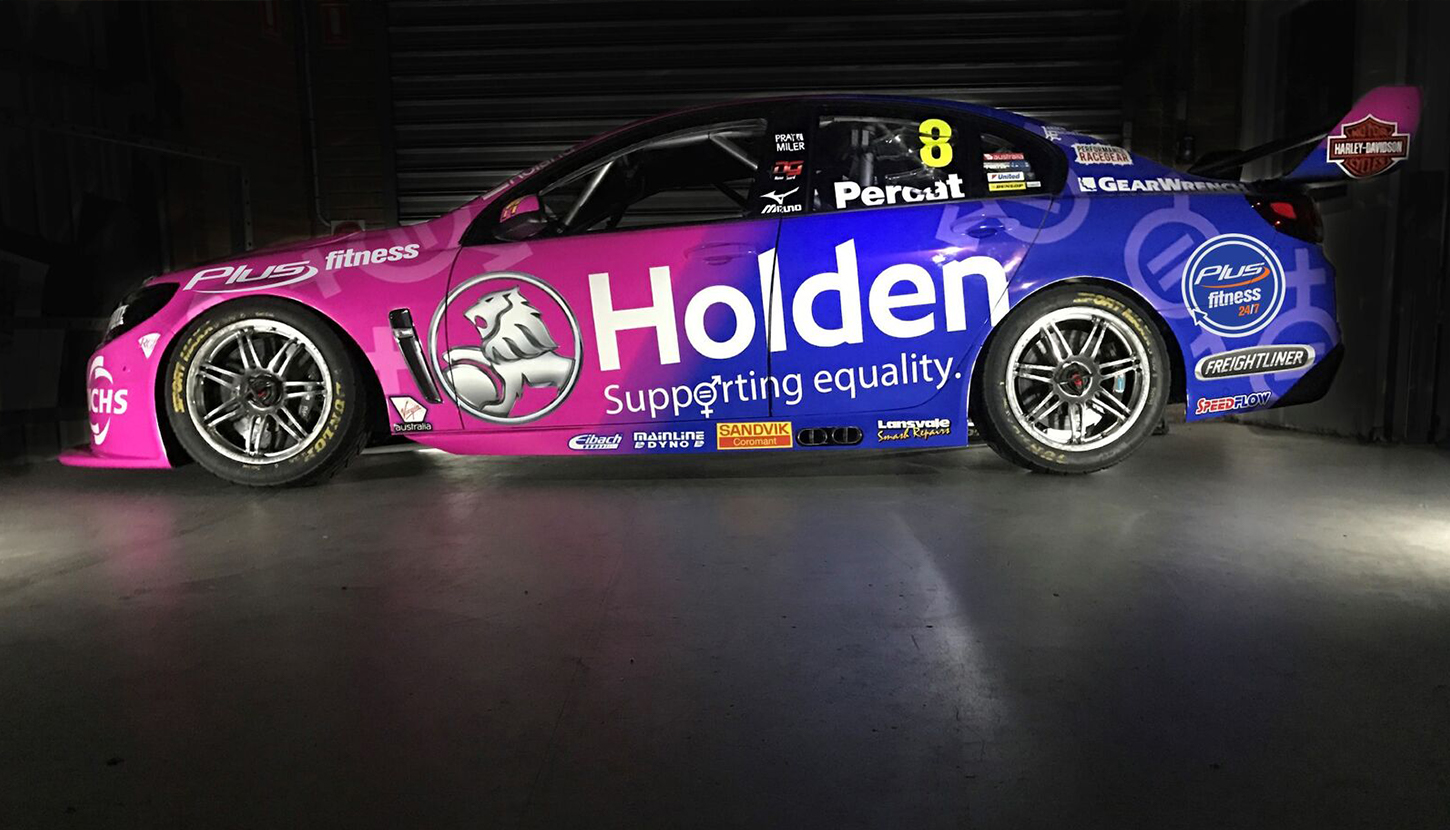 Holden’s Supporting Equality campaign will return to the Virgin Australia Supercars Championship at the Perth SuperSprint.

“Whilst motorsport is a male dominated sport, we need to be open and inclusive to everyone.

“In terms of the workplace, BJR has always strived to employ the best person for the job, no matter of their gender.

“In recent weeks the team has shown its unity and team strength with major car rebuilds after both the AGP and Tasmania events.”

“At Holden we support equality in all its forms and we’re delighted to support Brad Jones Racing in this initiative,” she said.

“Motorsport is for everyone and that is what is being celebrated.

“Holden stands for equality because as an iconic Australian brand, we have a responsibility to reflect the communities we live, work and operate in.”

Percat has endured a horror start to the season, including a brake-failure induced crash that saw the Supporting Equality colours sidelined after one race at Albert Park.

He currently sits 21st in the standings with just one top 10 qualifying and race result from the early stages of his time at BJR.

“We’ve had a pretty interesting start to the season,” he said.

“We’ve got a few rounds coming up that BJR are traditionally strong at so we’ll be looking to qualify further up the front and keep out of the trouble that we’ve unfortunately been caught up in over the last few rounds.”