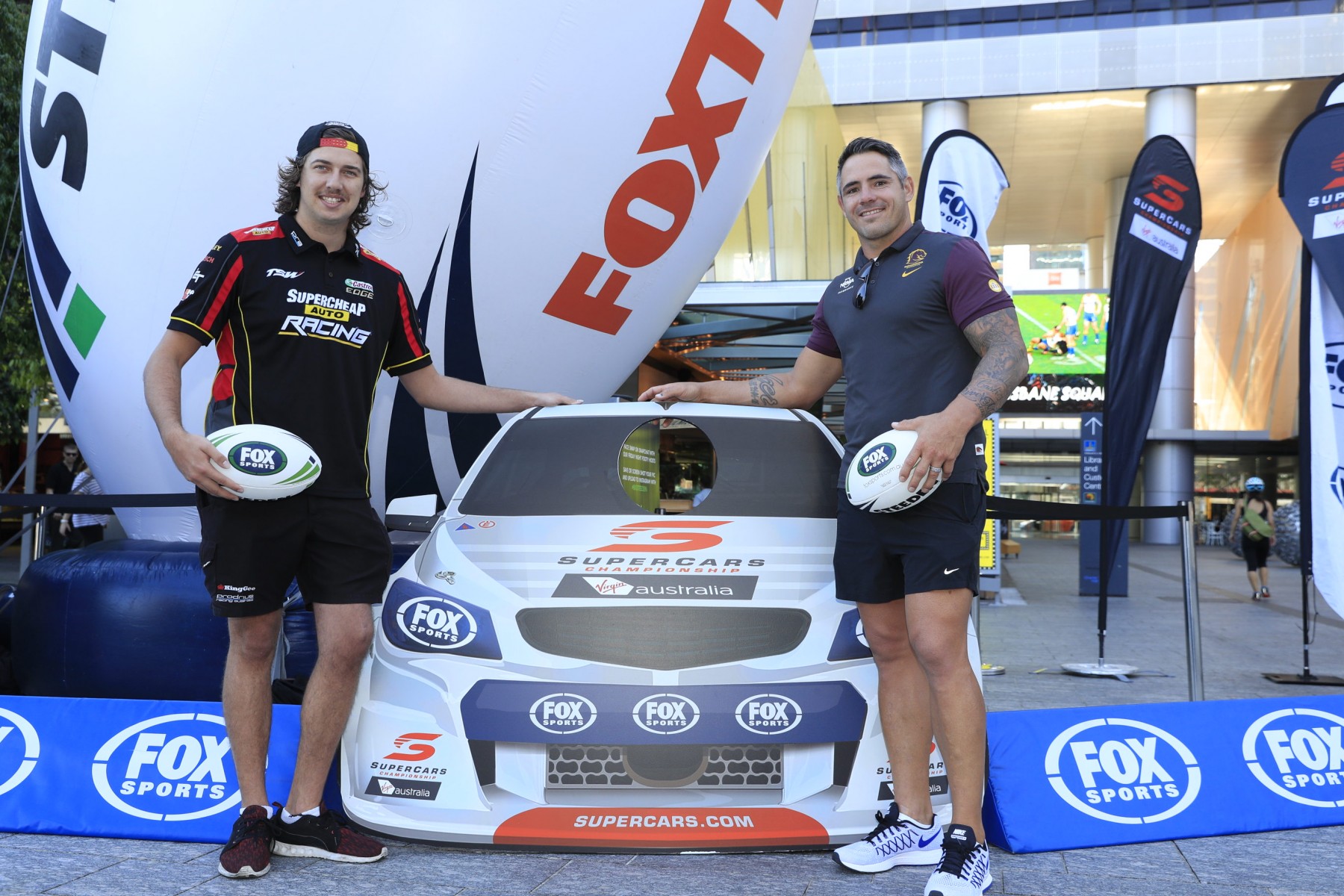 Brisbane Broncos captain and self-confessed motor-racing tragic Corey Parker is tipping this year’s Supercars season to get even closer, after one of the tightest starts in history.

With eight different winners from nine races, 2016 has been intriguing and unpredictable – and with big names like Chaz Mostert and Garth Tander yet to put a run on the board, there’s surely more to come.

Parker is an avid follower of Supercars and has struck up friendships with a handful of drivers, including young star Mostert. Parker reached out to the 23-year old after Mostert’s bone-breaking accident at Bathurst last year and is a mentor of sorts to the Prodrive racer.

The two appeared at Reddacliff Place in Brisbane this afternoon, ahead of the double header at Suncorp Stadium including Brisbane Broncos versus Manly Sea Eagles. Mostert is on track again at the next Supercars event at Winton from May 20-22.

NRL favourite Parker has been blown away by the competition this year – but stands by his pre-season tips of Mostert or van Gisbergen for the 2016 title.

“In yesteryear, the gaps used to be quite different between teams in terms of who was going to finish up the front and who wasn’t. Now that gap has very much been closed … I think it’s great for a racing fan to watch and have different winners coming.

“I think the different format … has also a lot to do with that, but also from a spectacle point of view, it’s good to see.”

As a youngster Parker used to race karts, and while he chose to pursue an NRL career, said he has always had two passions in life. 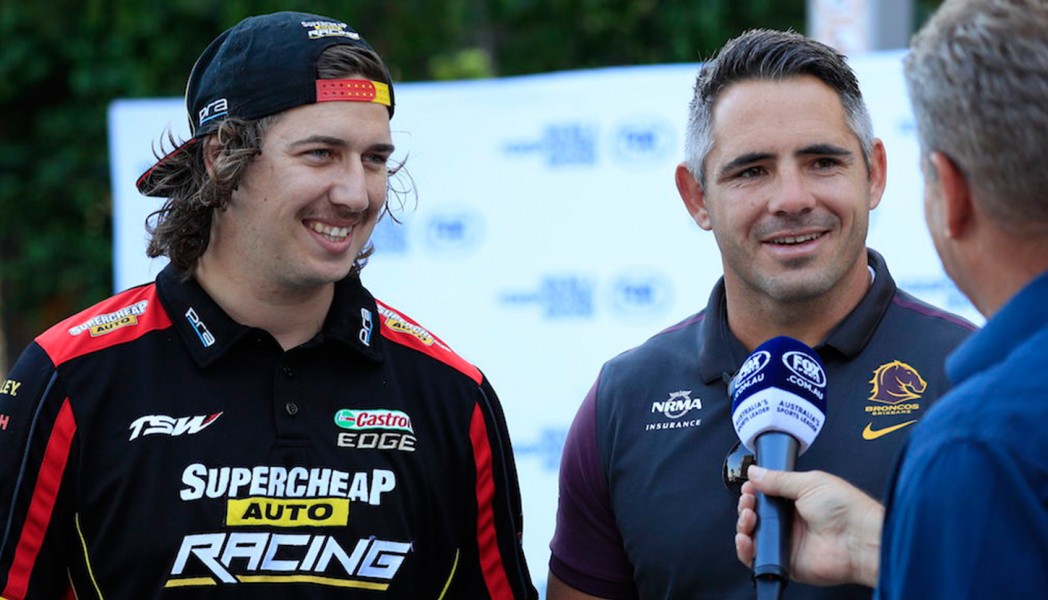 Parker spoke proudly of Mostert’s ability to put his accident behind him and “put his critics to bed from the outset in Adelaide”. His other hot tip for the season is a driver he loves to watch race on a knife’s edge.

“I’ve been a big fan of Giz – I like the way he approaches the race meetings. He’s just a ‘balls to the wall’ style racer. At times that’s gotten him in a pickle and at times it’s also won him those tight races.

“Being involved with Triple Eight is something I’m very interested and keen to watch. And Chaz – we all sort of know what sort of driver Chaz is.”

Parker is keen to see how the season plays out and has his eye on another young driver to make an impact in the back half of the year.

“I think the longer the season goes, you’ll start to see more risks involved,” he said.

“They haven’t got as much to gain in the championship [then] and so you might see some teams taking risks … at times that can create a bit of difference [in the] racing as well, so we’ll wait and see how it all unfolds.

“Cam Waters – he’s a great young driver and he’s come out of the Dunlop Series – he’s even showing he can mix with the big guys. The challenge is to turn a one-lap dash into a race, which is obviously very different.

“I think the longer the season goes on, we’ll see teams that aren’t involved in the championship lead to maybe take some big risks….

“Someone’s going to have to go out on a limb and be a game changer – we’ll have to wait and see who that might be.”