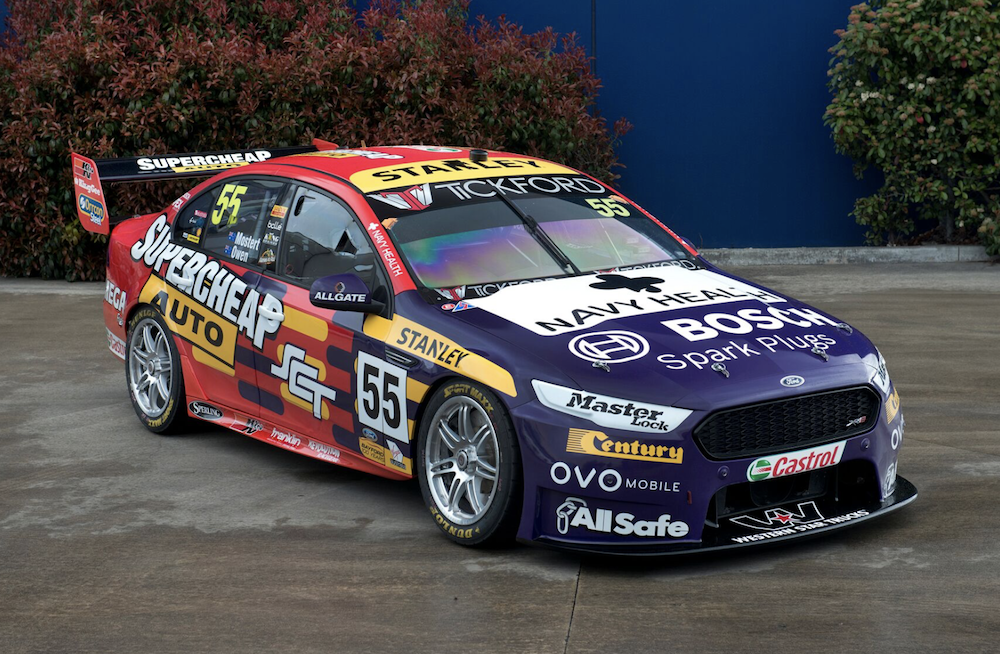 Chaz Mostert and Steve Owen will carry Supercheap Auto Racing’s 1999 colours at the Supercars retro round this weekend following a fan vote.

Fans were given the choice between the scheme run on the John Briggs EL Falcon in 1999, Greg Murphy’s VZ Commodore in 2005 and Russell Ingall’s 2010 VE.

While the prospect of adopting liveries carried by the Holden heroes caused a stir on social media when the competition was launched, the purple hues of Briggs’ car won out.

Supercheap was in its second year of Supercars sponsorship in 1999, cycling through several teams before it landed at Prodrive last season.

Last year, the #55 Falcon carried Steven Ellery’s 2002 Supercheap colours at Sandown, with the promotion including Mostert cutting laps in the original AU Falcon. 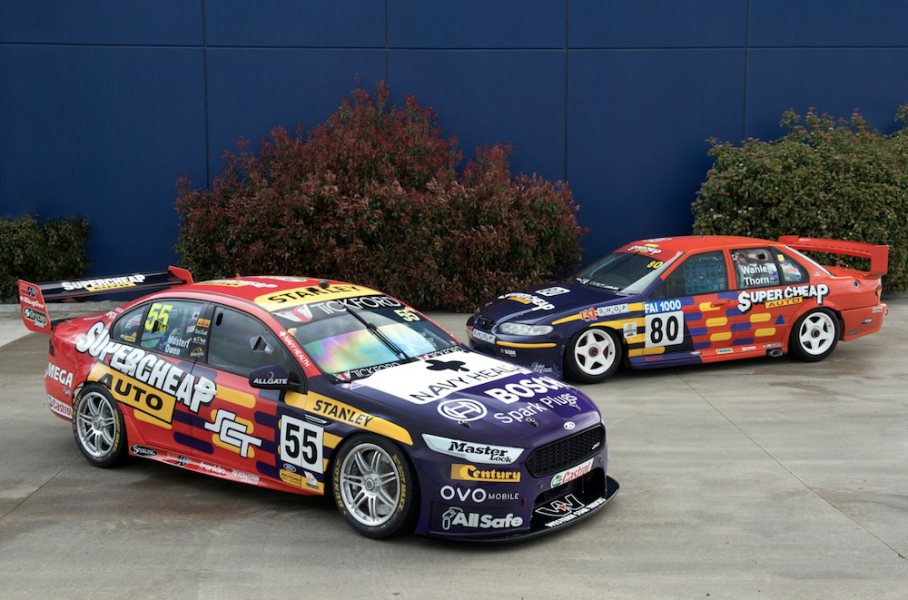 “Retro round is a great concept and it is nice to be able to recognise a bit of Supercheap Auto’s 20-year history in the sport this weekend at the Sandown 500,” Mostert said.

“We ran one of their retro liveries last year which was a lot of fun and got a great fan response so hopefully the fans really like what we’ve got this year. John Briggs played a big role in Supercheap Auto’s entry to the sport so hopefully we can do him proud.

“John’s original car has been restored and it is great that it is still around. I had the chance to check it out and while 1999 isn’t that long ago for a lot of fans, I couldn’t get over how much Supercars have developed.

“You can tell it is a Supercar but it looks ancient when you compare it to the Prodrive Racing FG X Falcon I drive today.

“The technology has come a long way, as have the materials we use to build the car and of course the safety we have has advanced significantly.” 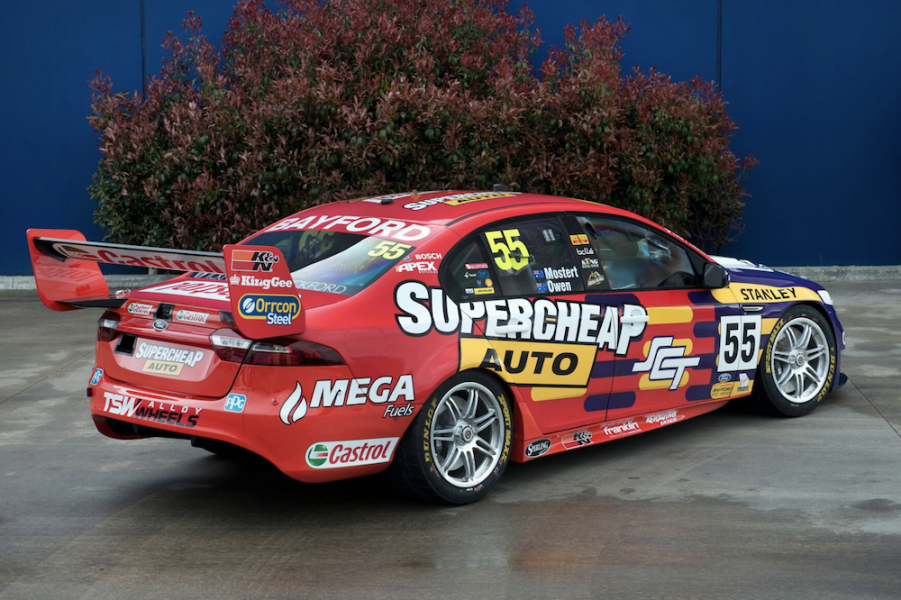 Supercheap Auto General Manager of Customer Communication and Engagement, David Bauer said the poll had an overwhelming response in favour of the Briggs car.

“Motorsport has been a great way to connect with both customers and our internal team members. It really is part of our company DNA,” Bauer said.

“We are lucky that we have so many racing cars that we can pick from when it comes to celebrating retro round, which also links nicely this year with our 20th anniversary in the sport.

“This year we let our fans and customers decide what they wanted to see Chaz and Steve race at Sandown and the overwhelming choice was the 1999 livery.

“The original car was a Ford which is a nice link and I think the modern interpretation is a nice fit on a current Supercar.”