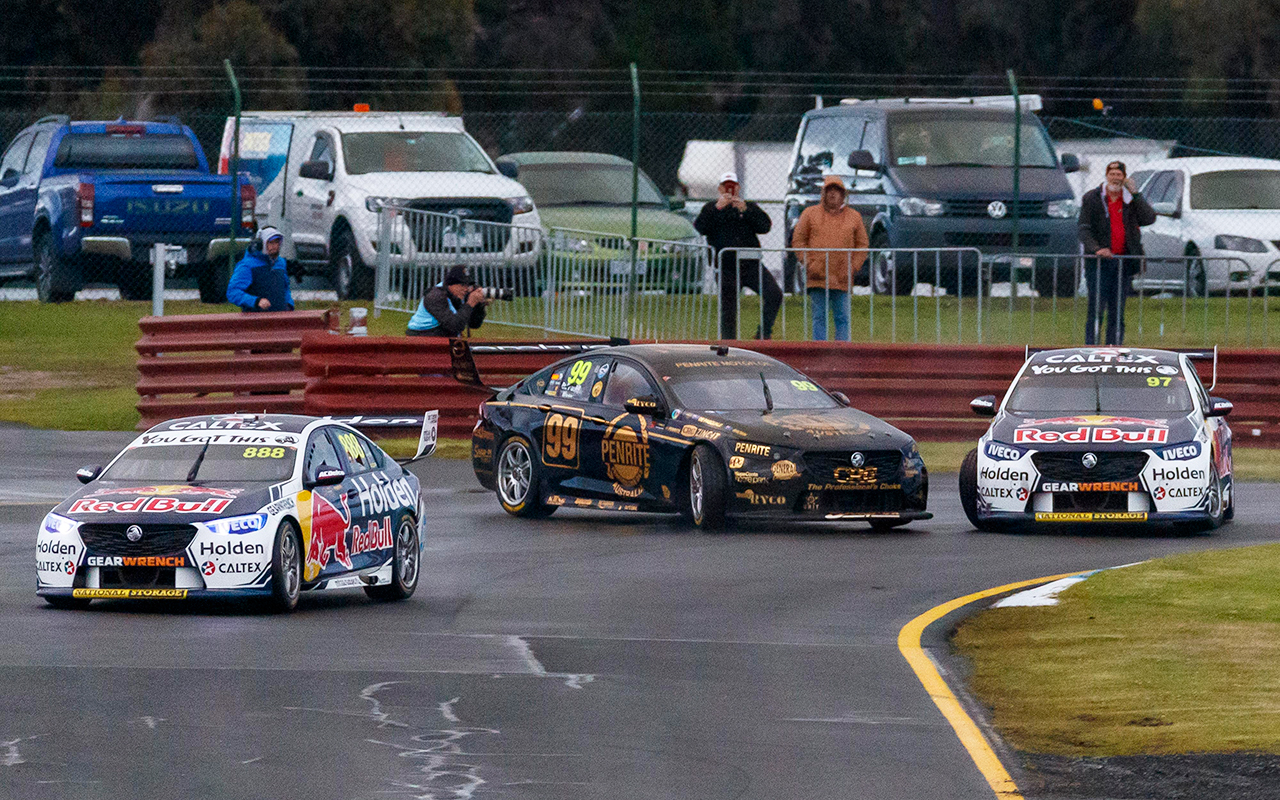 Supercars’ umpire Craig Baird admits he made the wrong call in giving Anton De Pasquale a penalty for his Turn 1 clash with Shane van Gisbergen on Saturday at Sandown.

Both Holdens spun as a result of contact at the start of the primary driver sprint race, which determined the grid for Sunday’s Penrite Oil Sandown 500.

Starting the 20-lap contest from third, van Gisbergen out-braked himself into Turn 1 and clattered into front-row starter De Pasquale.

Resulting damage put the Red Bull entry out of the race, all but extinguishing his extremely thin championship chances, while De Pasquale charged back to 13th after a drive-through penalty.

“I look at the turn-in angle, which is fairly steep, Anton [De Pasquale], Barry [Ryan] they agree with me on that, I just didn't take the closing speed of Shane [into account].

Apologies @A_DePasquale I got it wrong. Went off the turn in angle not the approach speed of @@shanevg97 to everyone at @PenriteRacing sorry. pic.twitter.com/r376jOeycm

Baird pointed to the desire to avoid post-race inquiries as the reason for making such a quick call.

“When we were doing post-race penalties people weren't happy with that,” he said.

“We've tried hard to have the decisions made between the goal post really, not carrying on after the game.

“You pull the trigger and I guess you try and keep one half happy by making the decision straight away and another time you make them too late and they're not happy about that.

“Even if I could give him the time back, I even went back through the timing and you can't give the time back, but it would make one spot difference to his day.

“His day was wrecked when the collision happened with Shane, I just added to it a little bit.” 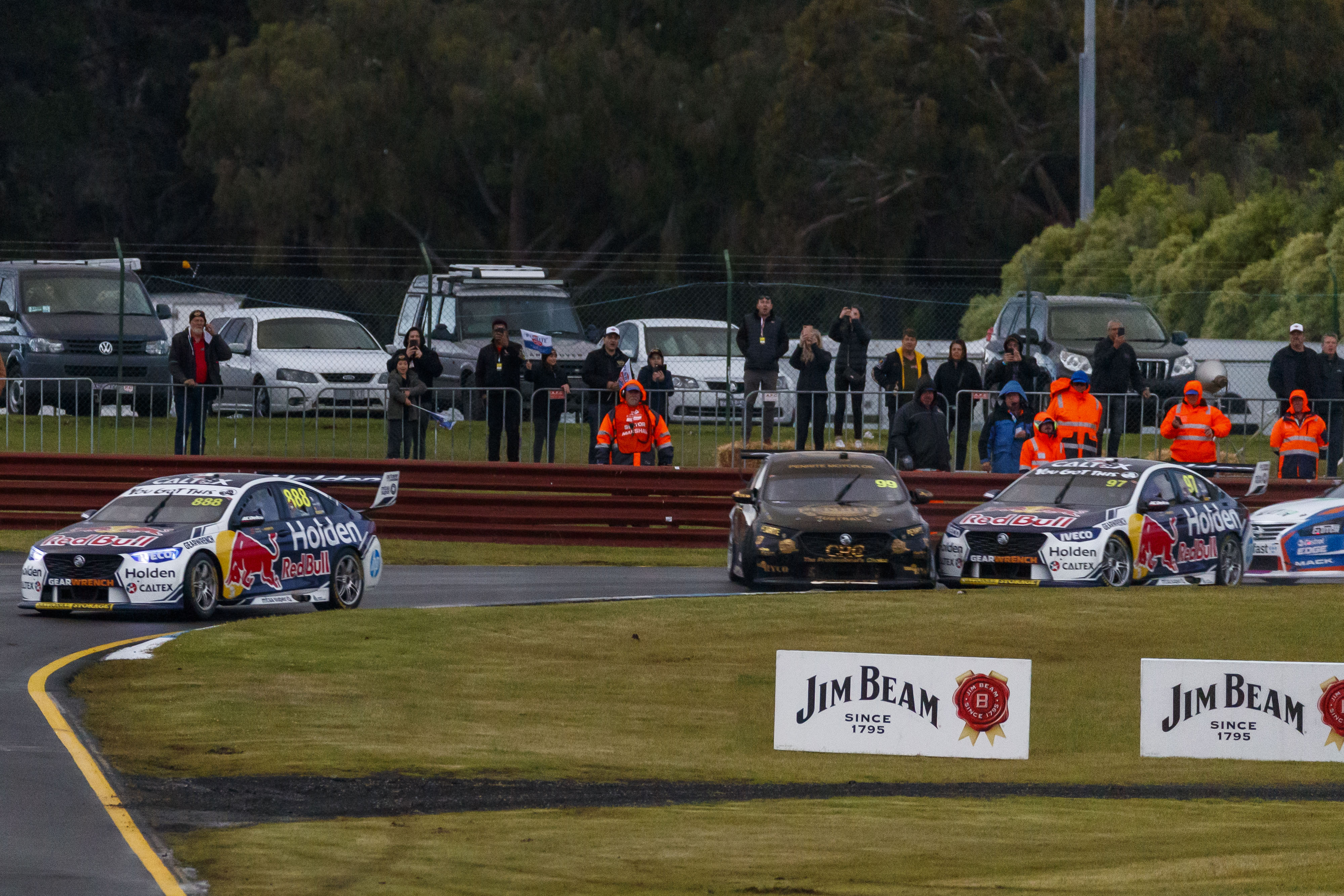 Baird spoke to De Pasquale after the race, with the driver later noting: “He just said he mucked up and it's his fault, so I just told him he owes me one!”

De Pasquale added: “It's the biggest shame because we were sort of the fastest car on the wet tyres for the whole race, so it's obviously a ‘what could've been’.

“I obviously spoke to Bairdo and everyone said not my fault, got a bit stiff. I was in the corner and then I was backwards and I've gone to pitlane.

“I have to make the corner, I saw Shane was there, but he was a fair way back, so if he's coming in, he's coming in pretty hot and it's wet, it's the first corner, we're all just trying to make it 'til tomorrow.

“He [van Gisbergen] said on the radio it was his fault too. It's racing, here we are, we're still not too bad.

“We were lucky a lot of dudes were on slicks and we could pick off some and get into a half alright position.”

Speaking in the Red Bull Holden Racing Team garage after retiring from the race, van Gisbergen had expressed his remorse over the incident and surprise at De Pasquale’s penalty.

“I'm gutted mate, I stuffed that one up royally,” he said.

“I just seen they gave Anton a drive-through, I can't believe that - 100 percent on me, clear as day, I blocked Scotty [McLaughlin] and then just misjudged.

“I feel so bad for those guys, because Will [Brown] did an awesome job, passed us [in Race 1], he was driving really well and they were on for a good result, and I'm really sorry for ruining that.

“Also sorry for my guys, we'll have another go tomorrow. I don't know what they're doing giving him a penalty.”