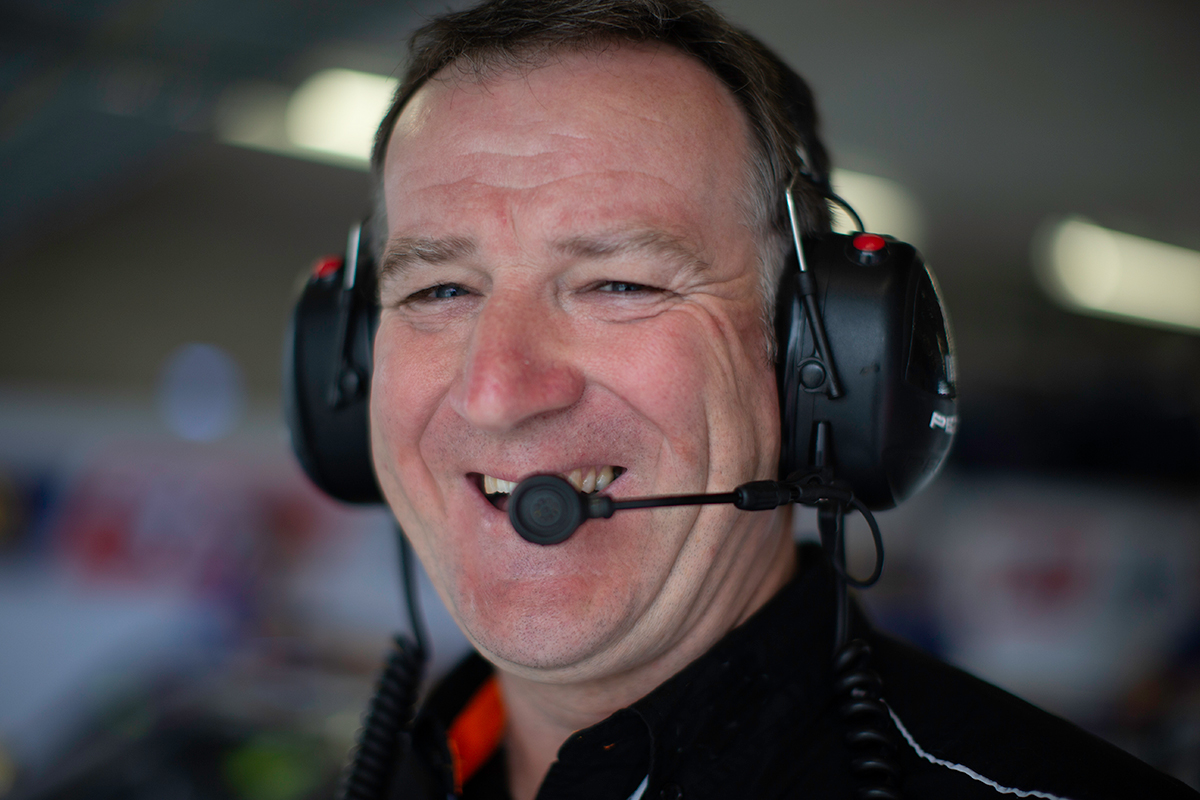 Supercars Sporting & Technical Director David Stuart is going back to his roots this weekend, representing Australia in an enduro motorcycle race.

Stuart is known to Supercars fans for his mechanical and managerial expertise, steering the category’s technical department since mid-2014.

He’d previously had lengthy stints at Dick Johnson Racing and Stone Brothers Racing/Erebus Motorsport, leading the latter through its transition from Ford to Mercedes.

Although now a near 20-year veteran of the Supercars paddock, Stuart’s background is in motorcycles, both as a rider and a mechanic/engineer.

He raced in the prestigious International Six Day Enduro (ISDE) as part of Australia’s junior trophy team in 1985 (held in Spain) and the senior team three years later (in France).

Although long since hanging up the helmet, Stuart’s ISDE record has resulted in a surprise invitation to take part in this weekend’s Trophy Des Nationals Enduro Vintage event.

Held in Montecampione, Italy, on Sunday, the event was created as a tribute to legendary Italian rider Augusto Taiocchi, and features 20 national teams of four riders each.

Invited to the event during an IDSE rider reunion dinner over Easter, Stuart will represent Australia alongside Geoff Ballard, Murray Watt and Jeff Dawson.

“I had kind of fallen out of that circle, because I don’t ride regularly, and for the last 18 years Supercars has kept me pretty busy,” Stuart explained to Supercars.com.

“The dinner was a great opportunity to catch up with people that I haven’t seen for so long and it turned out that one of the guys who was going to race hurt himself and couldn’t go.

“You have to have ridden an ISDE for your country, I think before 1986, to be eligible and fortunately for me my first was ’85, so I’ll be a whipper-snapper.

“I still ride semi-regularly, but haven’t raced for a long time. We’re now classed as vintage veterans, which is a bit disappointing for all of us!

“The bikes are all older than 1987. The organisers of the event are loaning me and three of the other Aussies some motorcycles.

“The entry list is very impressive. It’s a who’s who of motorcycling.”

Although never riding as a fully-paid professional, Stuart says his experience racing motorcycles during his younger years paved the way for his career in motorsport.

“As far as motor vehicles and motor racing goes, motorcycles were my first love. There’s just something about motorcycles that I really love,” he said.

“When I raced, you didn’t get paid. You had enough sponsorship to cover your costs, but you couldn’t earn any money out of it, like a lot of semi-amateur sports.

“But I travelled a lot with it and it gave me the opportunity to build a career in motorsport. Where I am now effectively led from doing that.

“When I finished riding, I had the opportunity to go over to Europe and work with Peter Galvin and we lived over there.

“I came back to Australia, started working with Geoff Ballard, who is an Australian off-road legend, and from there I went to Ducati in Superbikes.

“I had a great, great time and career in motorcycling and for various reasons, the Superbike Championship heading the way it did, things like that, I ended up here in Supercars, which I’ve thoroughly enjoyed as well.”

27/04/2018
Stay In The Know
Sign up to the Virgin Australia Supercars Championship Newsletter
We use cookies to ensure that we give you the best experience on our website. If you continue to use this site we will assume that you are happy with it.Ok