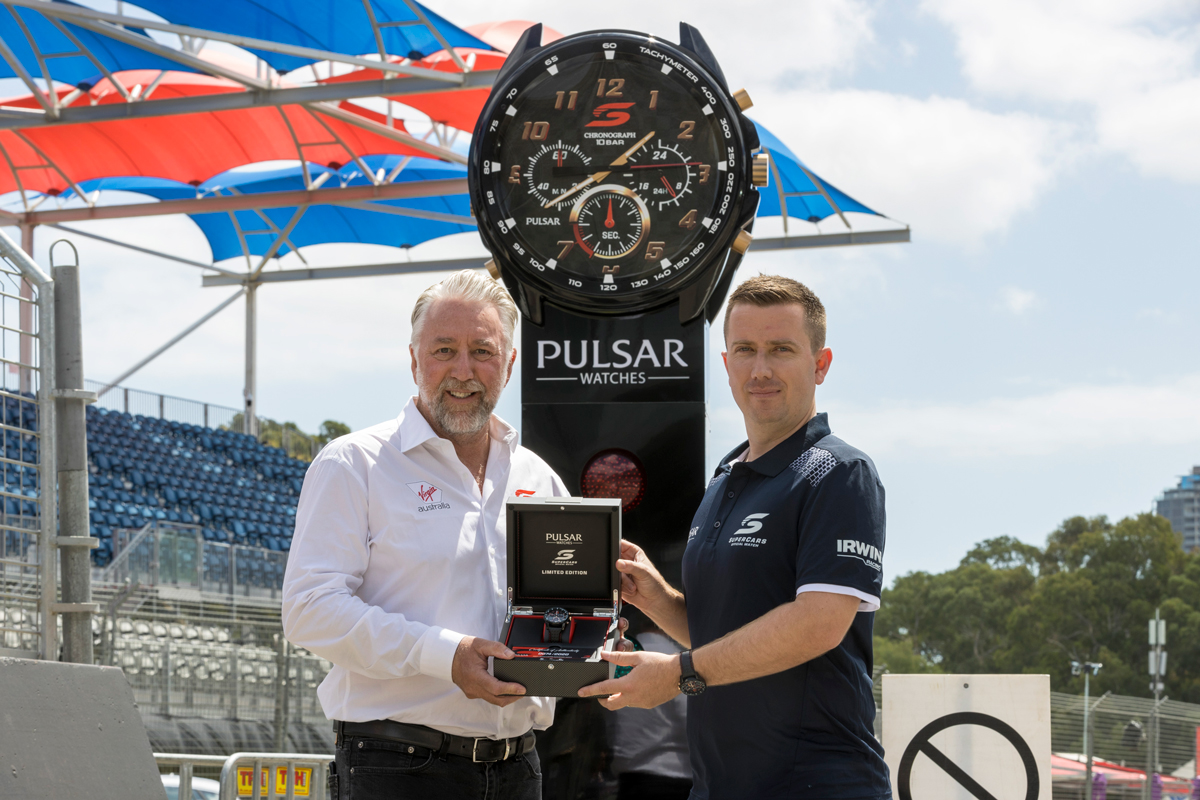 Pulsar has released a new limited edition Supercars watch to celebrate their seventh season as an official partner of the Virgin Australia Supercars Championship.

Seiko Australia group marketing manager Stuart Smith said the Supercars fan base had shown tremendous support since they joined as the category’s official watch partner in 2014.

“Each year the limited edition watch sells out and we have the passionate fan base to thank for that,” he said.

“The Supercars series delivers an exciting championship year in, year out.

“Racing and qualifying often comes down to the millisecond, commanding the ultimate in accuracy and precision from its drivers, qualities that are at our very core as a watchmaker.

“We look forward to another wonderful season of racing and hope the Supercars fans fall in love with the 2020 limited edition watch.”

In addition to the Supercars-themed watches, fans will this season be able to look out for new branding, as Pulsar take over the pit exit stop/go lights.

Supercars Chief Operating Officer Shane Howard said the long-standing relationship with Pulsar was an important partnership, with teams and fans alike looking forward to the new designs each year.

“Every year our fans get excited about getting their hands on the newly released watch design,” Howard said.

“It’s fantastic to continue this partnership in to a seventh season.”

Practice for the Superloop Adelaide 500 begins on Thursday.