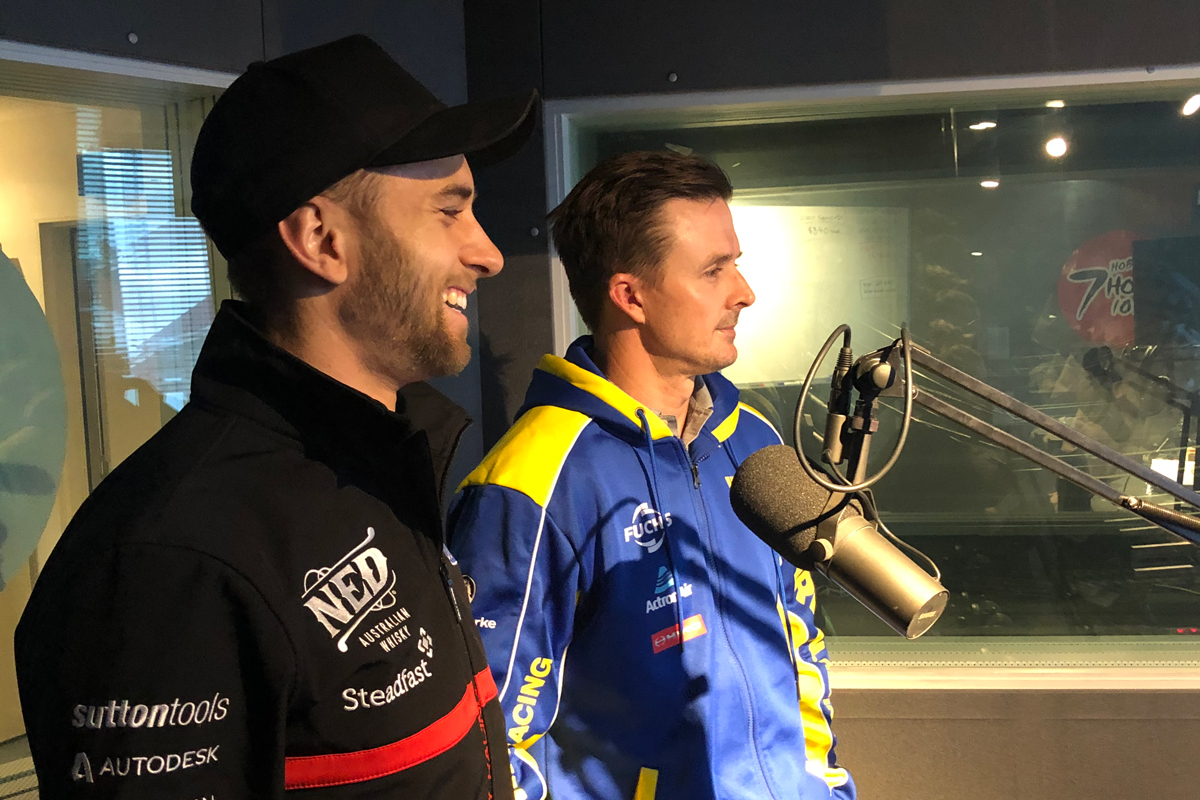 Close to 1000 students are part of the annual Symmons Plains event through the Students on Track program, which includes garage tours and a special press conference.

Symmons Plains was the highlight of Winterbottom’s 2019 season, scoring ARMOR ALL Pole on the Saturday; his first in 1000 days, and in just his third event with IRWIN Racing.

“It’s a small track but very difficult, and to get it right is very tough,” he said.

“I love the support that it gets. It’s the biggest attended sporting event in Tassie; rain, hail or shine, people bring a poster up to get you to sign it.

“There’s a sense of appreciation when you come to Tassie, everyone gets behind it and they appreciate you being here.

“It’s a really nice feeling and we don’t get that everywhere. I love the culture that they have down here so it a good event.”

Winterbottom currently sits eighth in the championship following the opening round in Adelaide, finishing eighth in Saturday’s opening race and 11th in the Sunday race.

Heimgartner meanwhile is 11th, after banking 11th and 10th place finishes in the first outing for Kelly Racing’s Ford Mustangs.

While the Beaurepaires Melbourne 400 at the Formula 1 Rolex Grand Prix is next up for the Supercars drivers, Heimgartner is already looking forward to Symmons Plains.

“The simplicity of it makes it very challenging and to have so little corners and so many cars makes it also quite exciting,” he said.

“If you make one mistake in qualifying you’re down the back and because it’s so close, it’s so hard to pass, so it’s a pretty cool event and we all love coming here.”

The support card for the April 3-5 event will for the first time include the Stadium Super Trucks, while the Dunlop Super2 Series returns after a year’s absence.

Aussie Racing Cars and Tas GT round out the support program.

Tyrepower Tasmania  ›
Stay In The Know
Sign up to the Virgin Australia Supercars Championship Newsletter
We use cookies to ensure that we give you the best experience on our website. If you continue to use this site we will assume that you are happy with it.Ok