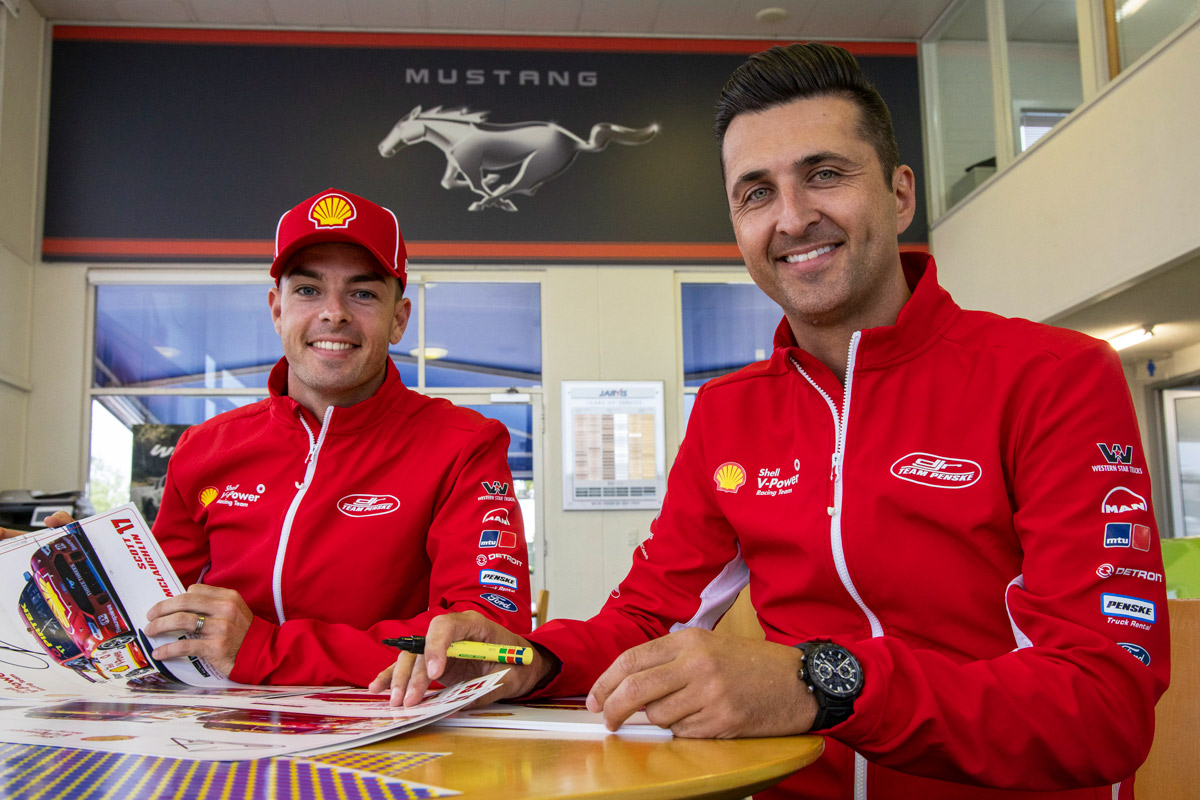 A stack of high-profile Supercars drivers will today ramp up preparations for the Supercheap Auto Bathurst 1000 by cutting laps at the Ipswich Kart Club.

Shell V-Power Racing quartet Scott McLaughlin, Fabian Coulthard, Tim Slade and Tony D’Alberto will be joined on-track by the likes of Jamie Whincup as they take a trip down memory lane to their karting days.

It’s set to be a particularly valuable exercise for co-drivers Slade and D’Alberto, having had minimal opportunity to get race fit for the October 15-18 action at Mount Panorama.

“The DJR boys are going to be there, I think Casey Stoner, Jamie Whincup, Will Davison – a few of the lads are going to come out and we’re going to have a bit of a day out at Ipswich Kart track,” D’Alberto said on his Parked Up podcast.

“I’m going to be beaten up after that, I haven’t driven a kart in a long time and those things are pretty brutal around there.

“The last time I went to Ipswich in a kart race, I actually rolled the kart so let’s hope I don’t do that again!

“I doubt there’s going to be any fierce battles out there but it will be good to get a few miles.”

A key figure in the day will be former Supercars driver Michael Patrizi, whose Patrizicorse team will be supplying karts to several drivers.

“Basically he supplies the tyres, the fuel, the mechanic, everything,” D’Alberto added.

“You just rock up and drive the thing, it’s sort of a turnkey operation so it’s really cool the way he does it.

“It is pretty good training going into Bathurst. It’s all just gearing up, so definitely looking forward to dusting off my helmet and boots and gloves and driving a kart for the first time in a long time.”

D’Alberto will team up with Coulthard at Bathurst, the pairing having combined for third in the 2017 Great Race.