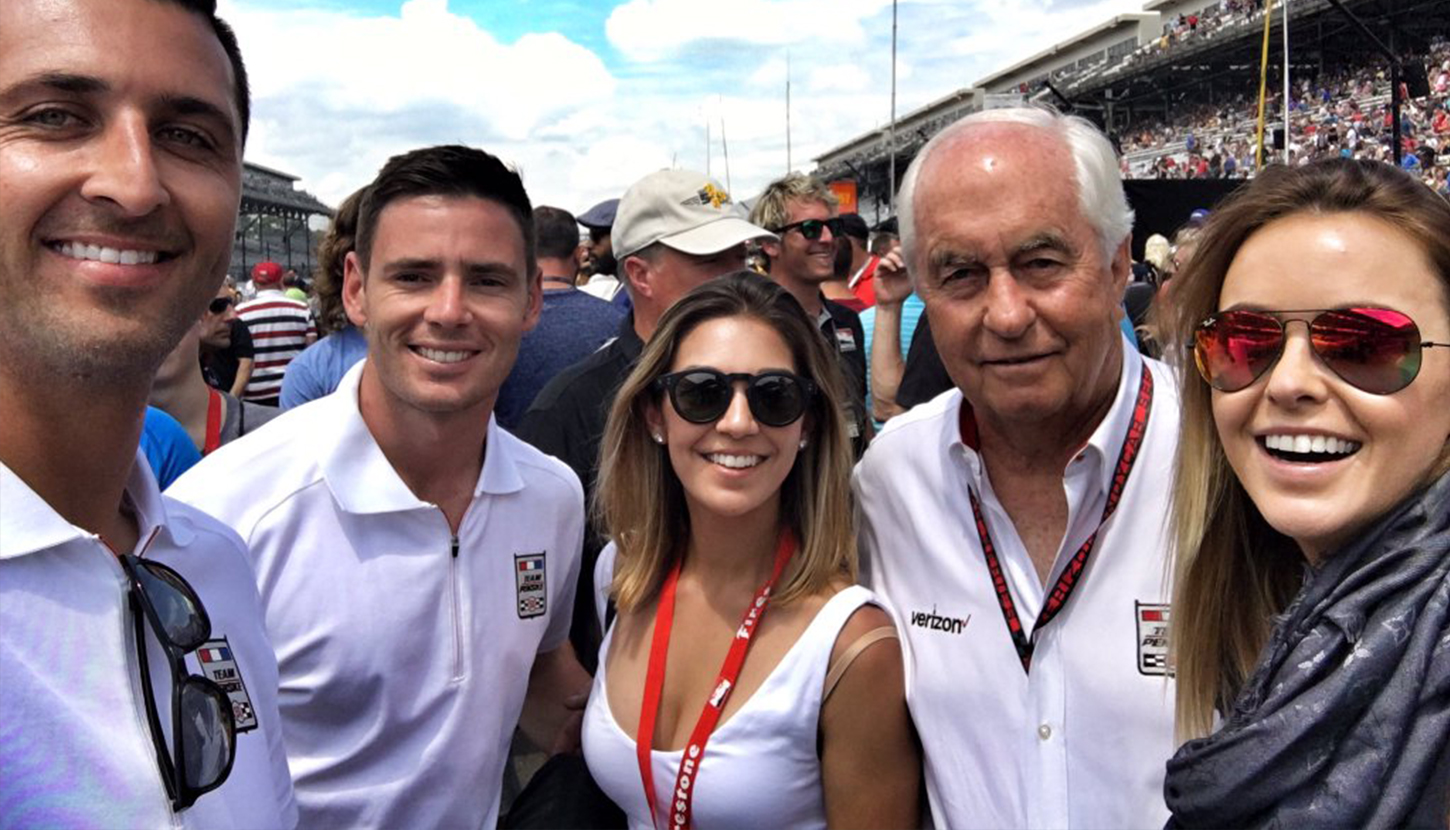 Six Supercars stars are attending the sell-out 100th running of the famed Indianapolis 500, to be held amid much fanfare early Monday morning Australian time.

Mark Winterbottom, Scott McLaughlin, Fabian Coulthard, Cam Waters, Scott Pye and Lee Holdsworth will be among the biggest crowd at the Indy 500 in at least two decades.

They are there to experience the spectacle of the historic occasion and to cheer on fellow Aussie racers Will Power and Matt Brabham.

It will be the largest crowd since 1995 – the last Indy 500 before the 12-year Indycar civil war that split interest between CART/Champ Car and the Indy Racing League until reunification under IndyCar in 2008 – and may even beat the record roll-ups of the 1980s.

The Indianapolis 500 is the biggest single-day sporting event in the world.

The sextet of Supercars drivers is part of a large contingent of Aussie fans, industry figures and media who have made the pilgrimage to the most important – and most heavily hyped – event in Indy 500 history.

Coulthard and Pye are guests of their American boss Roger Penske, who has a controlling interest in DJR Team Penske.

PRA pals Winterbottom and Waters will commute to the 500 on race day from Chicago – a two-and-a-half-hour drive – after a short visit to ‘The Windy City’.

Along with importance and pageantry of the 100th Indy 500, they have all been attracted by the prospect of Power winning the big race in Team Penske’s 50th anniversary season and the debut of Brabham, the grandson of F1 great Sir Jack and son of multiple Indy 500 starter Geoff.

Toowoomba-born Power, who finished a close second the teammate Juan Pablo Montoya in last year’s race, starts sixth in the 33-car field and is among the favourites.

The 2014 IndyCar champion is part of a front-running four-car effort from Penske, whose revered status in American racing is underpinned by his team’s record 16 Indy 500 victories.

American-born Brabham, 22, who holds dual citizenship, is just the third third-generation driver to start the Indy 500, qualifying 27th for his first attempt.

He was given his chance to follow in his famous family’s tyre tracks at The Speedway by colourful Gold Coast motor racing identity Brett ‘Crusher’ Murray, who combined achieving his ambition to be an IndyCar team owner with fulfilling a promise to the late Sir Jack Brabham to help advance Matt’s career.

Murray raised the funding to back Brabham’s entry, which is being fielded by KV Racing, the 2013 Indy 500-winning team co-owned by expatriate Australian Kevin Kalkhoven.

Coulthard and Pye have arguably the best seats in the crowded house as guests of Team Penske, enjoying VIP treatment and access as representatives of Penske’s Australian outpost.

Accompanied by their respective partners Becky Lamb and Harriette Lall, Coulthard and Pye arrived in Indianapolis on Thursday local time via a visit to Team Penske’s race factory in Mooresville, North Carolina.

Team Penske president Tim Cindric, who oversees DJR Team Penske’s operations, gave them a full tour inside the squad’s state-of-the-art base of its multi-car IndyCar and NASCAR squads.

Coulthard and Pye were awed by the scale and presentation of Team Penske’s fabrication and preparation facilities, supported by its own nearby wind tunnel, which are regarded as the best outside the leading F1 teams.

They were featured participants in the Team Penske Media Appreciation Lunch at the team’s expansive hospitality unit behind Gasoline Alley at the track on Thursday, alongside Power, Montoya, Helio Castroneves and Simon Pagenaud.

In his address to the media, Roger Penske joked that Coulthard and Pye would be on stand-by in case any of the team’s regular drivers were unable to start the Indy 500.

Due to start at 2 am AEST on Monday following several hours of parades and performances celebrating the race’s 105-year history, the Indianapolis 500 will be run over 200 laps of the Indianapolis Motor Speedway – a 2.5 mile (3.88 km) rectangular track with four banked left-turn corners.

Mark Fogarty is covering the Indianapolis 500 for Fairfax Media.