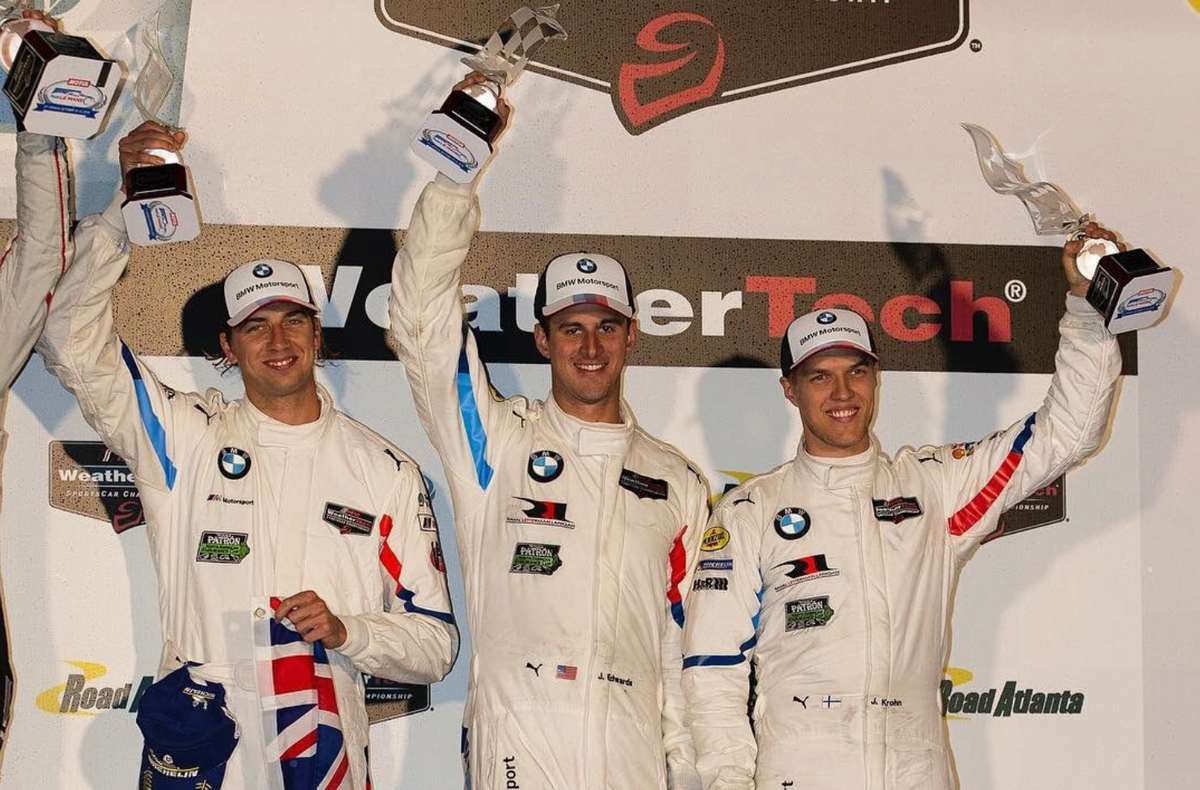 Between the Supercheap Auto Bathurst 1000 and Vodafone Gold Coast 600, a handful of Supercars regulars and co-drivers headed overseas to try their hand in GT machinery. 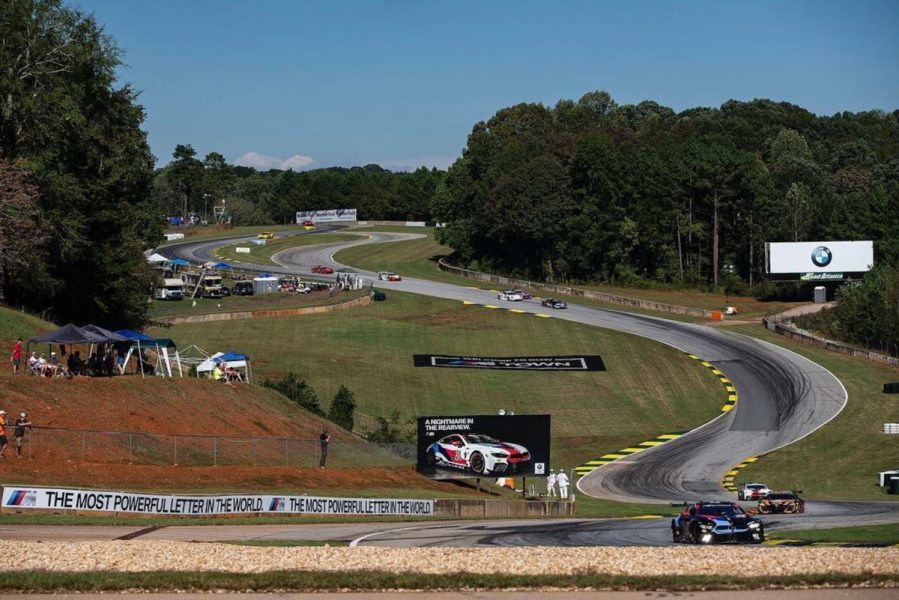 A recommencement of his BMW duties following various outings in its M6 GT3 in recent years, Mostert stepped up to the M8 GTE for his US racing debut in the 10-hour contest.

Sharing with John Edwards and Jesse Krohn, Mostert took third in the GTLM class and 14th outright, later posting on social media that his co-drivers “made me look good”.

Wow P3 at petit lemans gtlm! Unbelievable, @Jessekrohn and John made me look good so did @RLLracing and @BMWMotorsport! Congrats to the whole team ???? #MozzieUSA pic.twitter.com/1Rw9kQWFsF

The Porsche co-driven by WeatherTech sportscar regular Bamber finished the race sixth in class, rounding out the Kiwi’s season before returning to Australia.

Bamber will be racing in the Supercars and Carrera Cup races on the Gold Coast, competing in the latter to help him learn the Surfers Paradise street circuit. 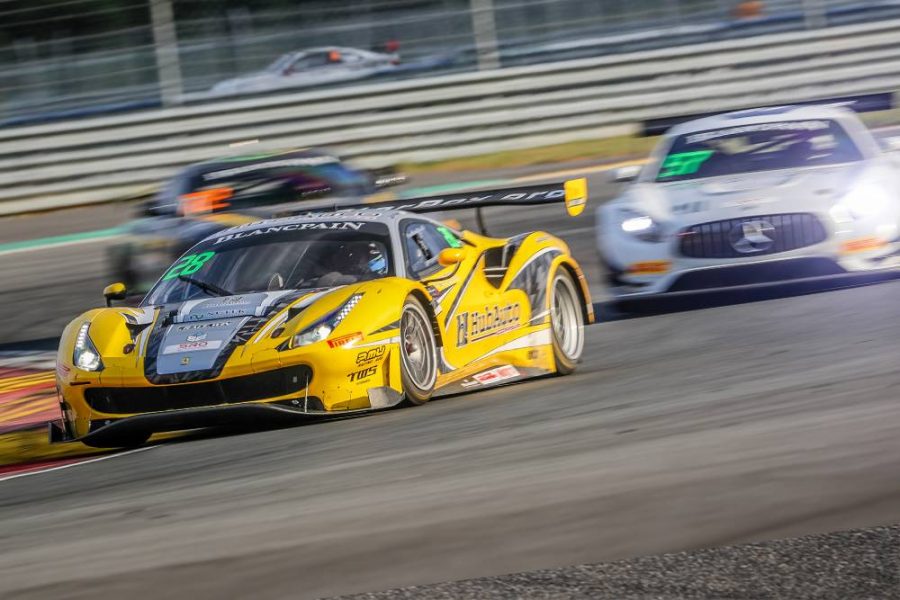 It marked Slade’s fourth outing for the year in the HubAuto Racing Ferrari he shares in the Pro-Am Class with Taiwanese driver Morris Chen.

Slade was again among the pace-setters, topping second practice before recording the second fastest time in Qualifying 2, edging out Ferrari team-mate and fellow Aussie Nick Foster.

The Slade/Chen combination managed eighth and 13th outright in the respective races, including a second in the Pro-Am Class in the opener. 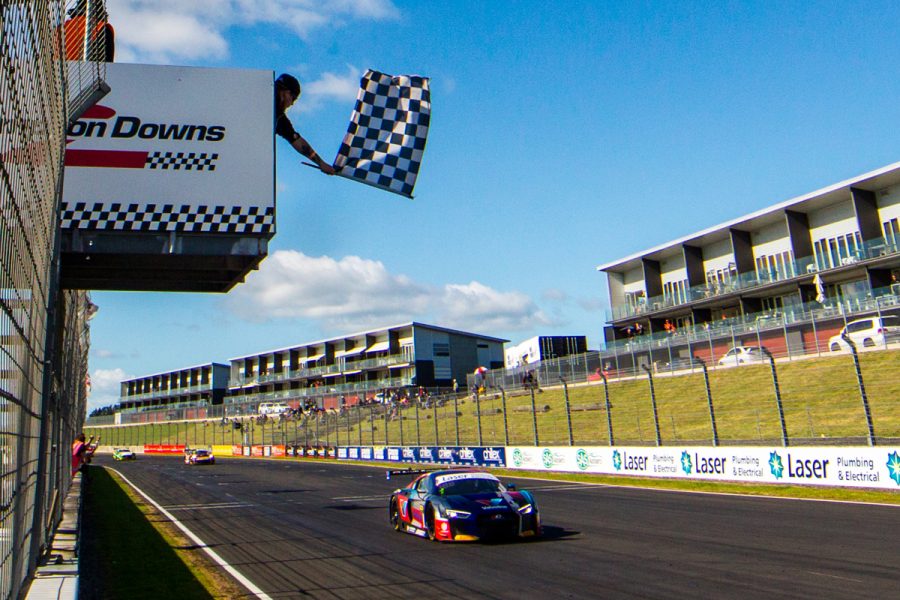 Tander used the aggressive race craft for which he is known in Supercars to take the win, muscling past John Martin’s Walkinshaw-run Porsche in the closing stages. 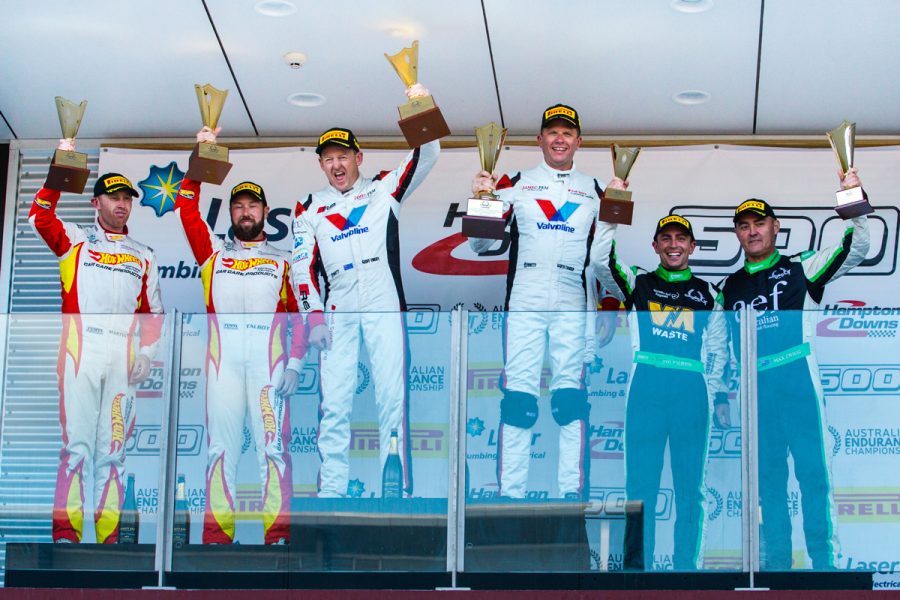 D’Alberto won the title alongside Max Twigg with a third place finish at Hampton Downs, completing the three-event campaign aboard a Scott Taylor Motorsport Mercedes.

Bathurst 1000 winner Steven Richards was also in the field, finishing seventh in his BMW alongside Michael Almond, securing third in the AEC standings with their BMW.