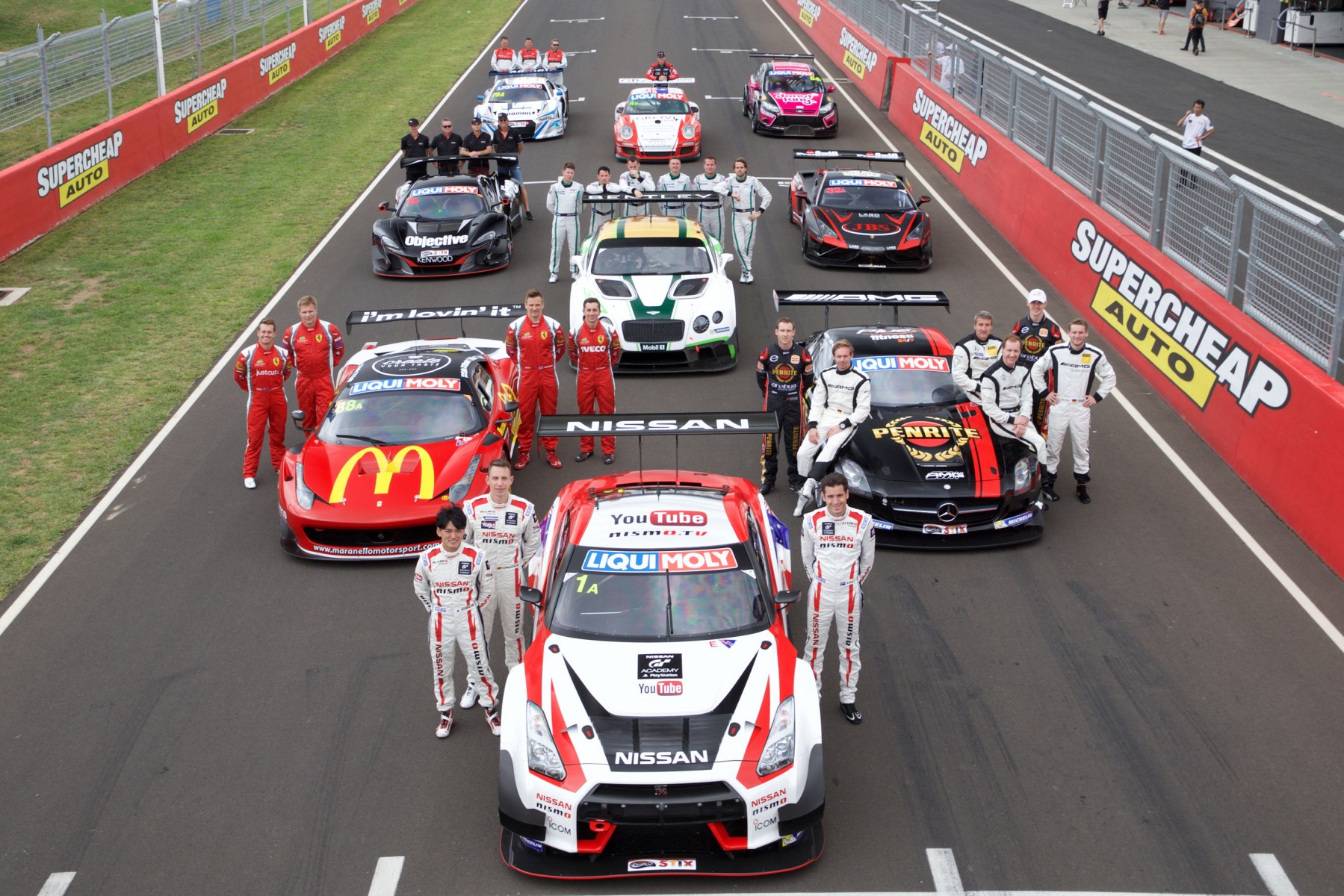 Nine full-time V8 Supercars drivers have taken an early trip to Bathurst this year, preparing for season start in different machinery at Australia’s most spectacular circuit.

Joined by a number of endurance co-drivers on the race track this weekend, some of V8 Supercars’ biggest names tackle the Liqui-Moly Bathurst 12 Hour, which begins tomorrow and concludes on Sunday evening.

A host of former Formula One stars, including Mika Salo, Markus Winkelhock and Andrea Montermini, will also line-up on the grid.

“That car is just amazing to drive, especially around Bathurst, where it is unbelievable,” Kelly said.

The Bathurst 12 Hour is a great way for Nissan to kick off its 2016 motorsport season, which includes programs such as Super GT and GT3 in addition to V8 Supercars.

“The Bathurst 12 Hour continues to grow from strength to strength, so I know the competition will be fierce, with lots of strong cars and teams and a great mix of local and international drivers.

“I think we can be right up the front but Bathurst usually puts on crazy racing so the idea will be to play it smart and be in the mix come the last hour of the race.”

V8 Supercars driver Tim Slade, who switches to Brad Jones Racing this year, expressed just how important extra racing miles would be, before his regular season kicks off next month at the Clipsal 500.

“For sure, it’s definitely beneficial for driving for the rest of the year, and especially at the start of it.

“The other thing is that it’s miles around Bathurst, which is invaluable. You can’t get enough miles around there.”

Three-time Bathurst 1000 winner Tander agreed the race helped get back in to the racing mindset.

“Having the opportunity to do the [12 Hour] race is great – any chance you get to drive at Bathurst you grab it and in a GT car it is very different to a V8 Supercar,” Tander said.

“It’s a race that’s cool to do but also helps with the preparation for the V8 Supercars Championship.”

Tander was initially set to share his Audi R8-LMS 2015 with Craig Lowndes, who was ruled out after having recent surgery on a broken collarbone.

Practice kicks off at 8.20am local time tomorrow, with qualifying from 12.55pm Saturday and race start at 5.45am Sunday.

Head to the Bathurst 12 Hour website for details on following the race.