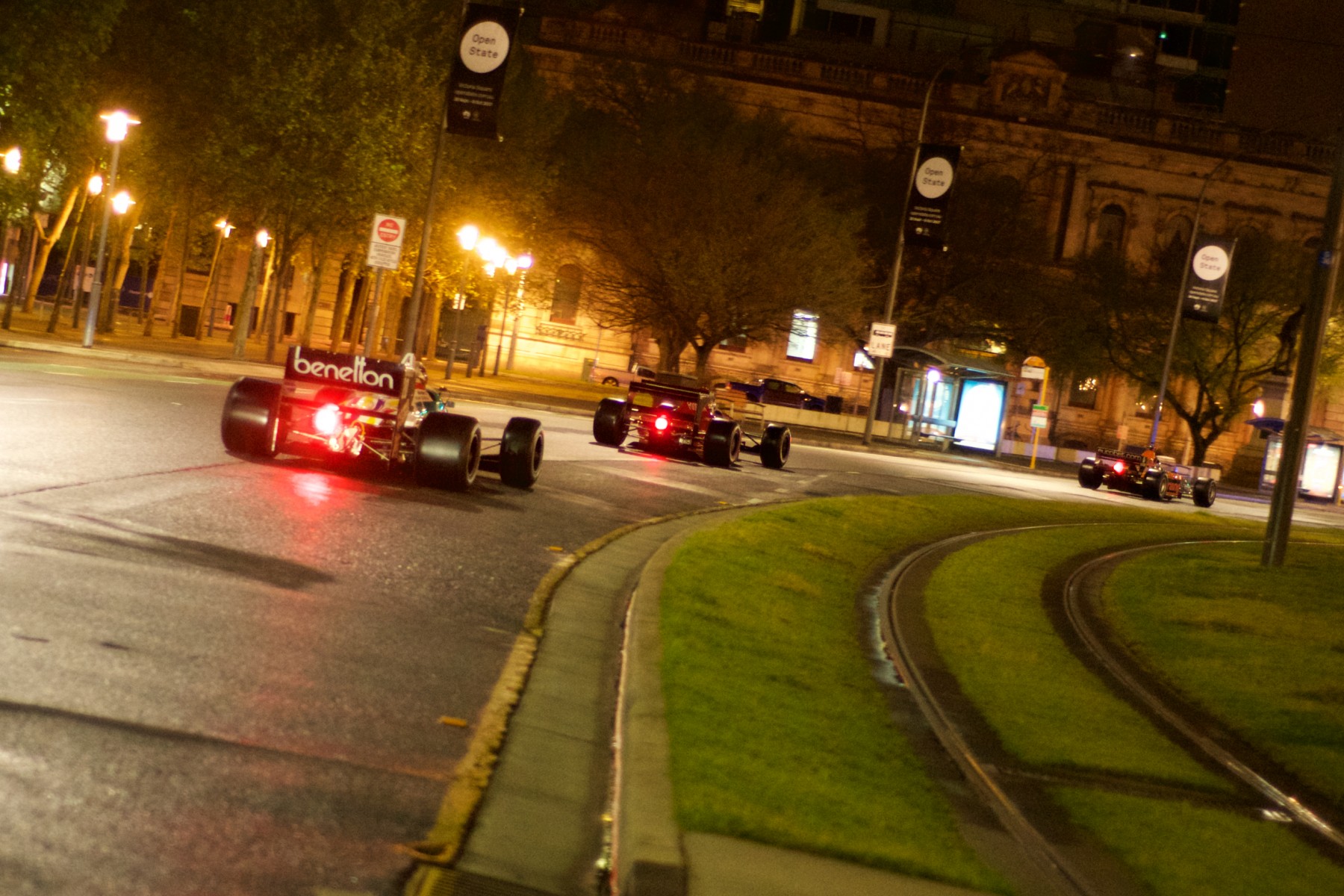 Supercars stars Cameron Waters and Tim Slade have enjoyed a rare opportunity to drive classic Formula 1 machinery through the streets of Adelaide.

The duo last night took part in a filming session to promote December’s Adelaide Motorsport Festival, which uses part of the now-Supercars street circuit that hosted F1 from 1985-1995.

Waters strapped into a 1986 Benetton-BMW while Slade drove a 1994 Footwork-Cosworth, both of which raced in the Australian Grand Prix.

The cars are owned by the family of Dunlop Super2 driver Josh Kean, who joined them for the demo run in a 2000 model Arrows that was once tested by Mark Webber.

Driving through the city under police escort between 9:30pm and 11pm provided the drivers with a preview of the cars that they’ll also steer at the event in December. 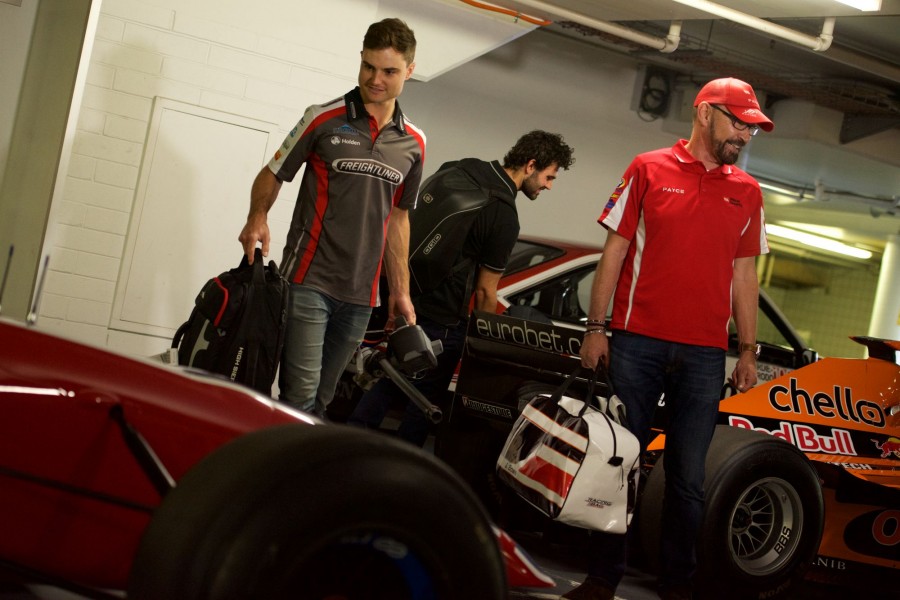 Slade, 32, who grew up in Adelaide, says a shower of rain added to the “surreal” nature of the night.

“Driving an F1 car through the streets at 10 o’clock at night in the rain, it was pretty mental to be honest. It was surreal, a little bit like a dream,” Slade told Supercars.com.

“We did a 20-minute session on a little course going up and back but then when we were waiting to do our lap of the city it started raining.

“I thought ‘no dramas, we’re only going slow’. There wasn’t even that much water but the car was aquaplaning along and I was like ‘hell, this is going to be tricky’.

“The visor was going up and down while I was trying to figure out how to see in the dark without getting water in my face.

“It’s awesome that the powers above allow something like that to happen.

“A lot of people say that Adelaide is the nanny state and it’s slow and behind, but I don’t think many other states would allow that to happen in their capital city.” 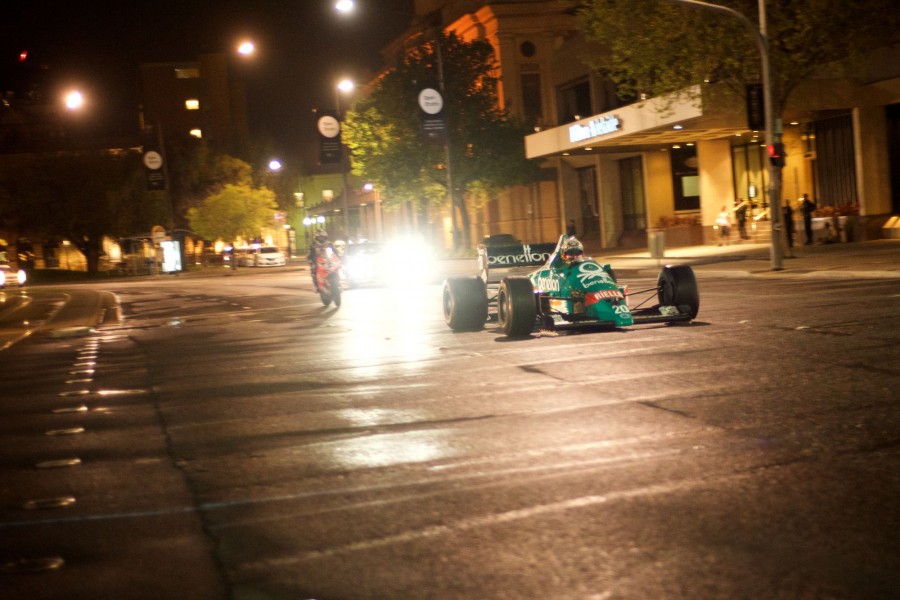 Now based on the Gold Coast, Slade has fond memories of attending the F1 races in Adelaide in the early 1990s.

“Mum would take me to the Christmas pageant and, hearing the F1 cars in the city, I couldn’t wait for Dad to pick me up to go to the track,” he said.

“I’ve got a lot of memories of F1 and the Supercars event (which started in 1999) before driving there.”

Slade was part of the Adelaide Motorsport Festival last year, driving a selection of tin-top machines including a Ferrari F99XX, while Waters will join the event for the first time.

The 23-year-old, whose previous experience of F1 power in Adelaide is limited to watching videos on YouTube, says the turbocharged Benetton is a brutal machine.

“I think it had about 900bhp with about half of the boost that it usually runs, but it was still crazy-fast,” Waters told Supercars.com. 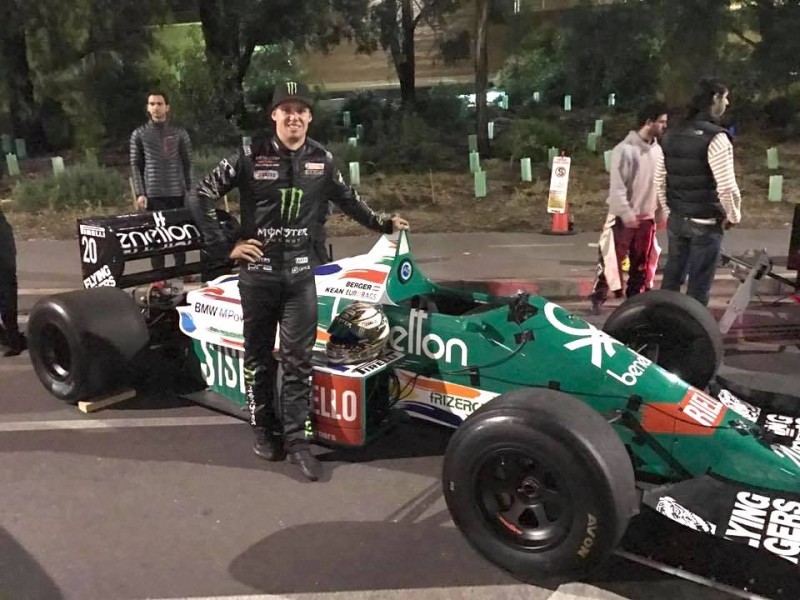 “Thankfully the high-speed stuff we did was in the dry. I don’t know what the speed was, but I got up to fifth gear, which was good fun.

“It was good just to feel how brutal the cars were back then. They were a bit crude, my one almost felt like a two-stroke [motorcycle engine].

“It was cool to go through the city in the rain as well and make some noise and wake everyone up to come and have a look.

“I’m looking forward to driving it in anger at the Festival itself and hopefully a track day at Mallala as well. It’s certainly one of the coolest cars I’ve driven.”

The Adelaide Motorsport Festival is loosely styled on England’s famed Goodwood Festival of Speed, and will feature a variety of classic touring cars alongside the F1 machines.

Last night’s filming also included John Bowe driving a Holden Torana A9X and Troy Bayliss riding one of his ‘two-up’ Ducatis, which are among new additions for this year’s festival.

The video from the city run is set to be released online next week.