Supercars stars at the 12 Hour: Who’s in what? 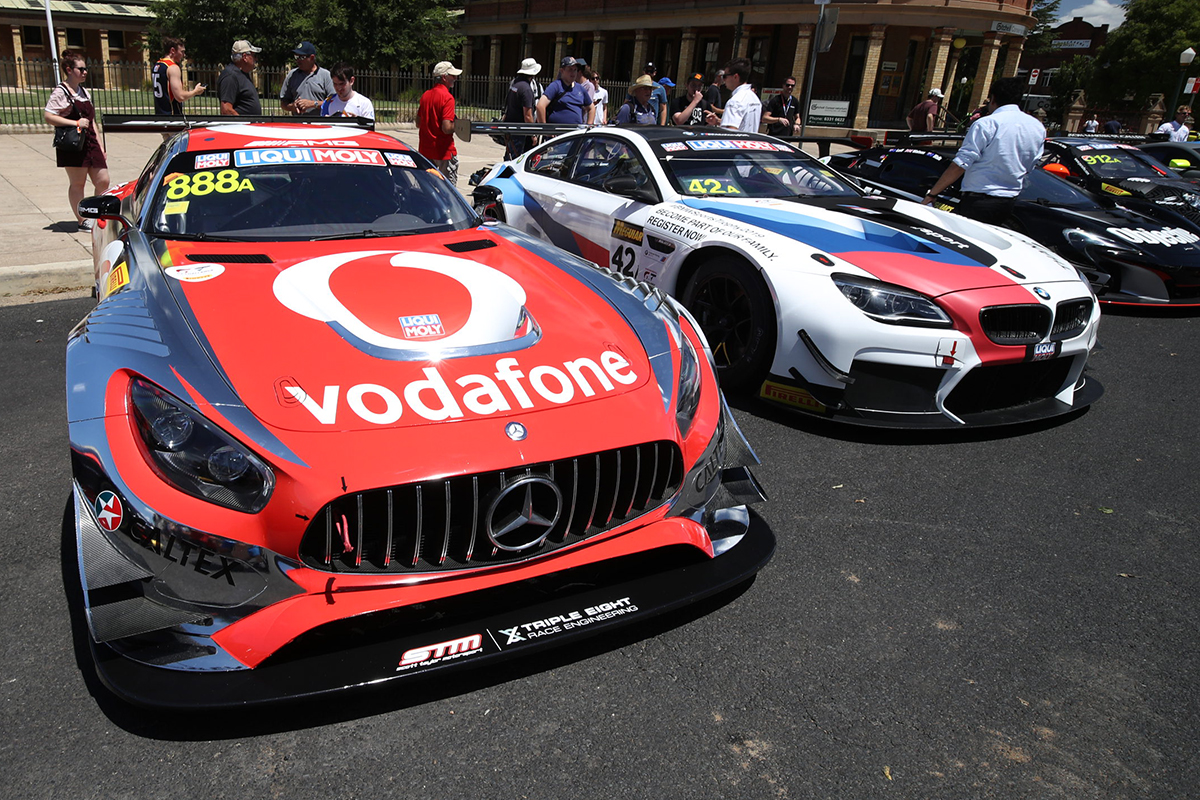 Supercars drivers start their attack on Mount Panorama's other major race this morning.

The Liqui-Moly Bathurst 12 Hour pits local aces and teams against some of the world's best GT competitors in Sunday's race around the clock.

Since the event switched to the current GT3 format in 2011, a Supercar driver has been in the outright winning entry in three of the eight years.

There is a strong contingent looking to add to that in 2019, headlined by Triple Eight's attack with Jamie Whincup, Shane van Gisbergen and Craig Lowndes.

Supercars.com runs you through who's driving what among the Supercars contingent this weekend.. 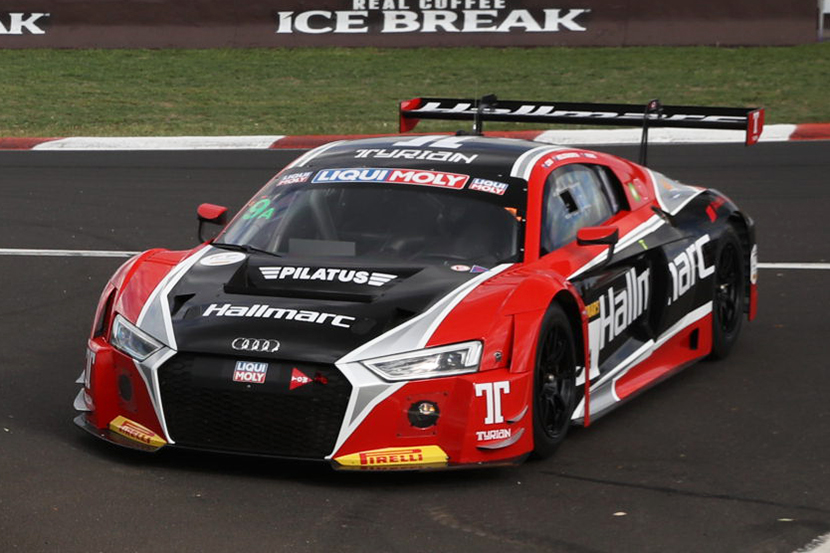 They join forces in the Pro-Am class for a third year, their best result of ninth outright coming in the very first attempt in 2016.

It starts a big 2019 for Holdsworth, who switches from Team 18 to Tickford Racing in Supercars. 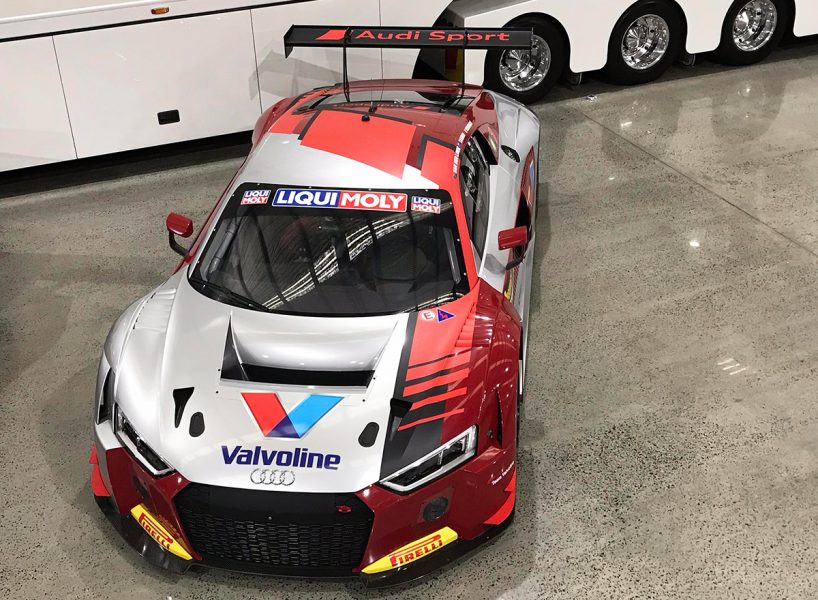 Tander has had a turbulent start to 2019, losing his full-time Garry Rogers Motorsport Supercars drive, but picking up a plum enduro seat with van Gisbergen.

The focus returns to racing this weekend, joining a pair of internationals in one of Audi's frontline efforts.

He joins forces with van der Linde and Vervisch again, in one of the few unchanged driver line-ups from February 2018.

They were one of the fastest cars all weekend last year, until van der Linde crashed with just over four hours remaining. 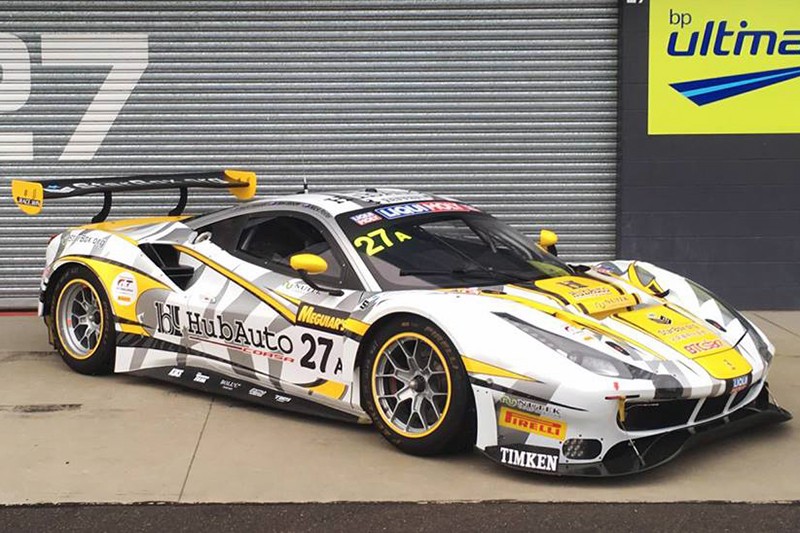 Slade is no stranger HubAuto Corsa, having branched out into GT3 racing last year with the Taiwanese Ferrari squad in the Blancpain GT Asia Series.

That came through a link with Foster, another Australian who has largely raced overseas since winning Carrera Cup in 2015, including in the World Endurance Championship.

Percat joins them, the trio testing at Sepang in Malaysia late last year, returning to the race for the first time since an opening-lap exit in 2016. 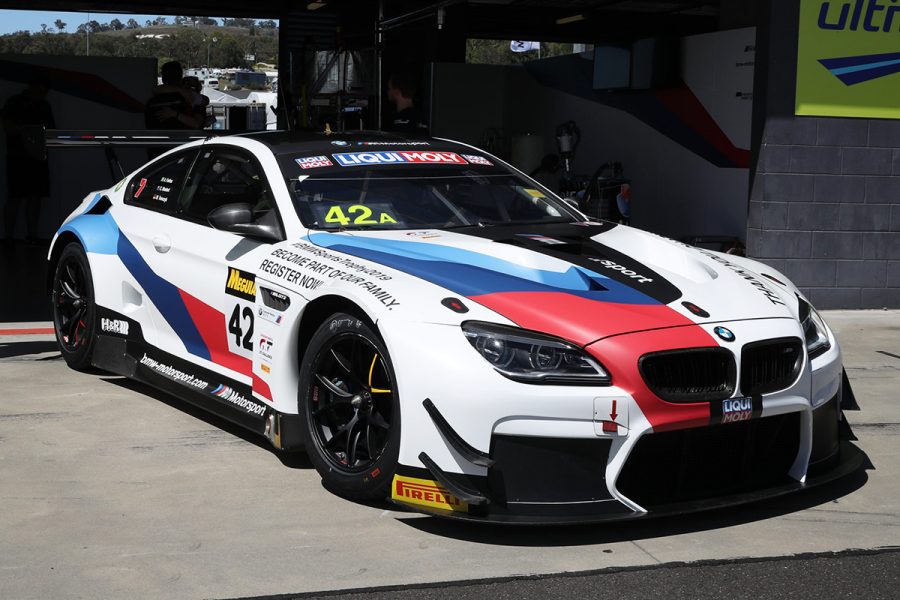 After starring on his GT3 debut in a privately-entered BMW at the 12 Hour in 2017, Mostert returns to Bathurst for a second attempt as a factory driver.

Last year he scored pole and dominated the early stages of the race, but ultimately crashed out while trying to regain ground three hours from home.

Mostert appears a strong chance at redemption in 2019, lining up alongside Farfus and Tomczyk, who makes his Bathurst debut, replacing Marco Wittman in the line-up.

The Aussie’s Bathurst campaign follows his latest international sojourn with BMW, the Daytona 24 Hours in the USA last weekend. 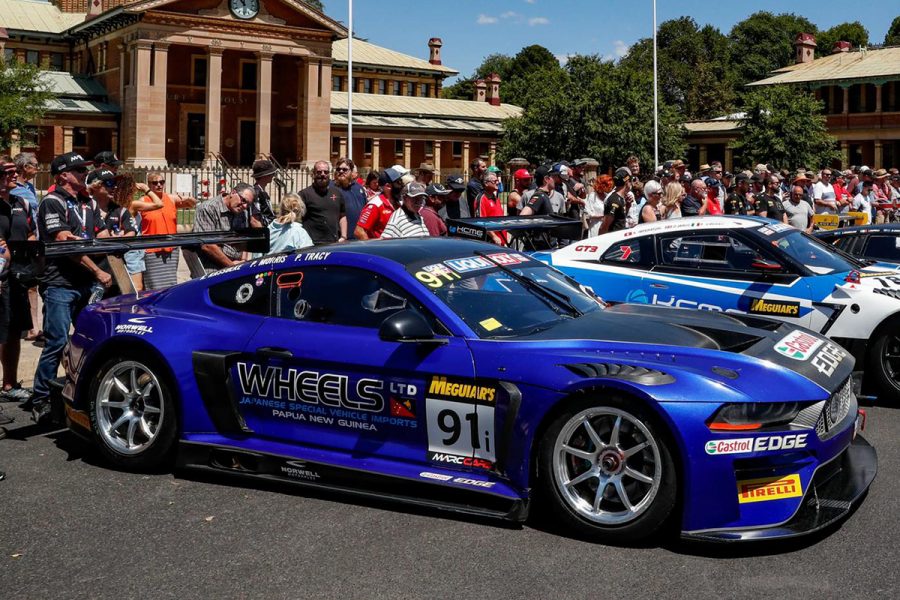 He joins forces with mentor Morris, former Indycar star Tracy and car owner Kassulke, who is chasing a hat-trick of Class I victories. 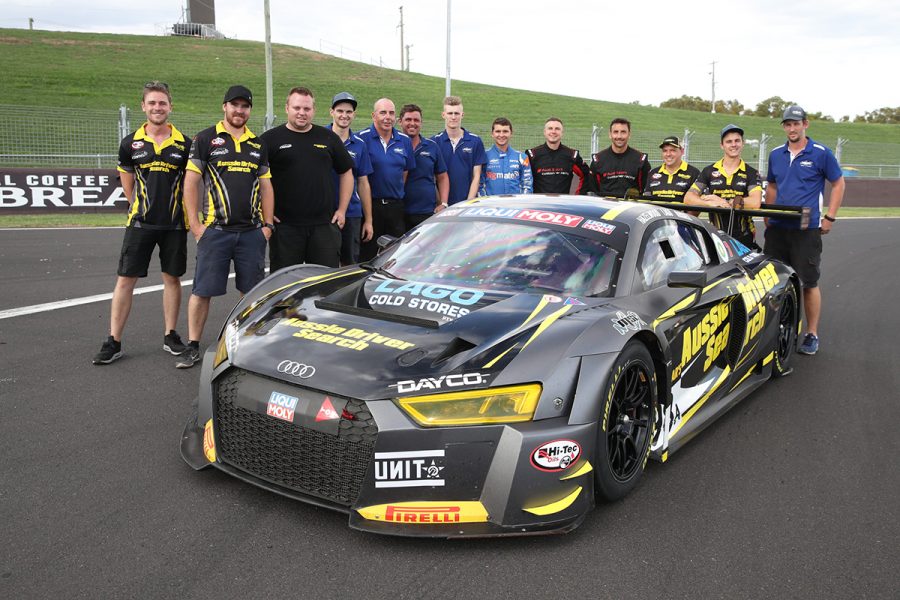 The 2018 Supercars rookie turned his first laps in the Audi last weekend, but will be joined by a pair of experienced GT campaigners.

Tickford Racing enduro driver Russell has raced sportscars extensively over the last decade, often with businessman Lago and including internationally. 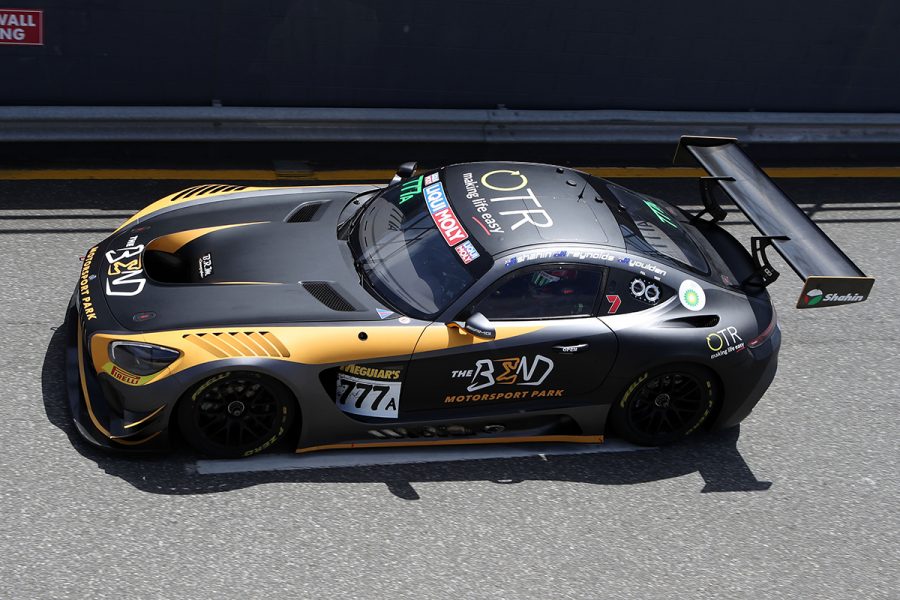 Reynolds and Erebus Motorsport are in the unique position of sharing a garage with rival Triple Eight, both teams overseeing Scott Taylor Mercedes entries.

Erebus won the 12 Hour in 2013 with the older-model Mercedes, four years before Reynolds and Youlden teamed up to win the Supercars Great Race.

While he missed a pre-event test at Phillip Island, Reynolds has contested the last three 12 Hours in Mercedes AMGs, so knows the car and circuit well.

With the presence of The Bend Motorsport Park's Yasser Shahin in the line-up, this entry will likely be in the fight for Pro-Am honours, rather than outright. 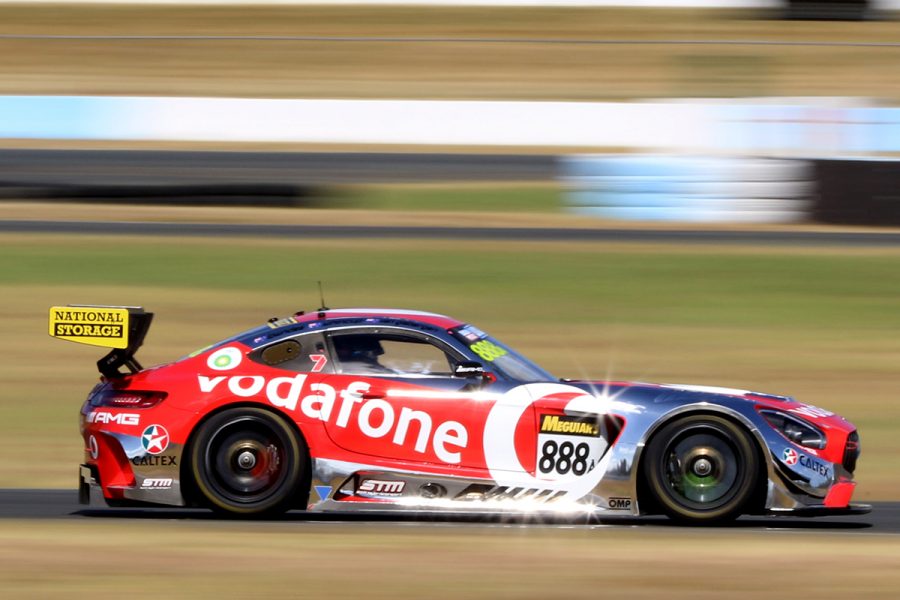 They will race a Mercedes prepared in a joint venture between the Supercars heavyweight and GT regular STM.

In addition to 11 Bathurst 1000 victories between Lowndes and Whincup, all three drivers have conquered Mount Panorama in the 12 Hour.

That includes Whincup and Lowndes in a Triple Eight-run Ferrari in 2017, while Lowndes is the only one of the trio racing the Mercedes for the first time. 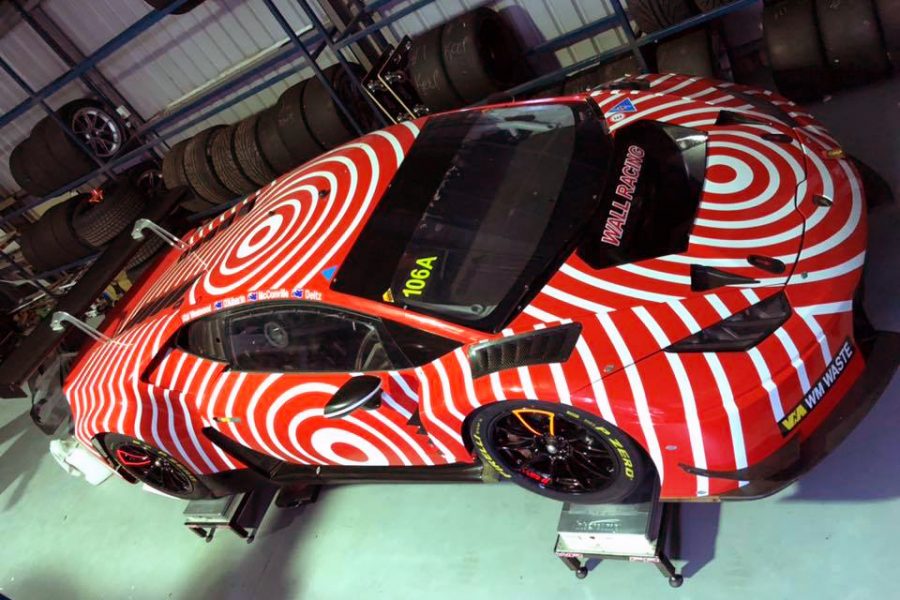 A total of 19 drivers who contested last October's Supercheap Auto Bathurst 1000 as a driver or co-driver are on the 12 Hour grid.

Warren Luff has finished on the podium in the last two Bathurst 1000s and will share a McLaren 650S with Tony Walls and Andrew Watson.

Tony D'Alberto and Dean Canto are both in Lamborghinis, the former's distinctively-liveried Huracan, above, including Supercars race winner Cameron McConville.

Beyond Class A, Richard Muscat will be in a Class B Porsche and Steve Owen is part of the all-MARC Cars battle in Class I.

From this year's Dunlop Super2 Series field, Triple Eight's Brenton Grove will be in a Class B Porsche and GRM's Dylan O'Keeffe in a MARC Focus.