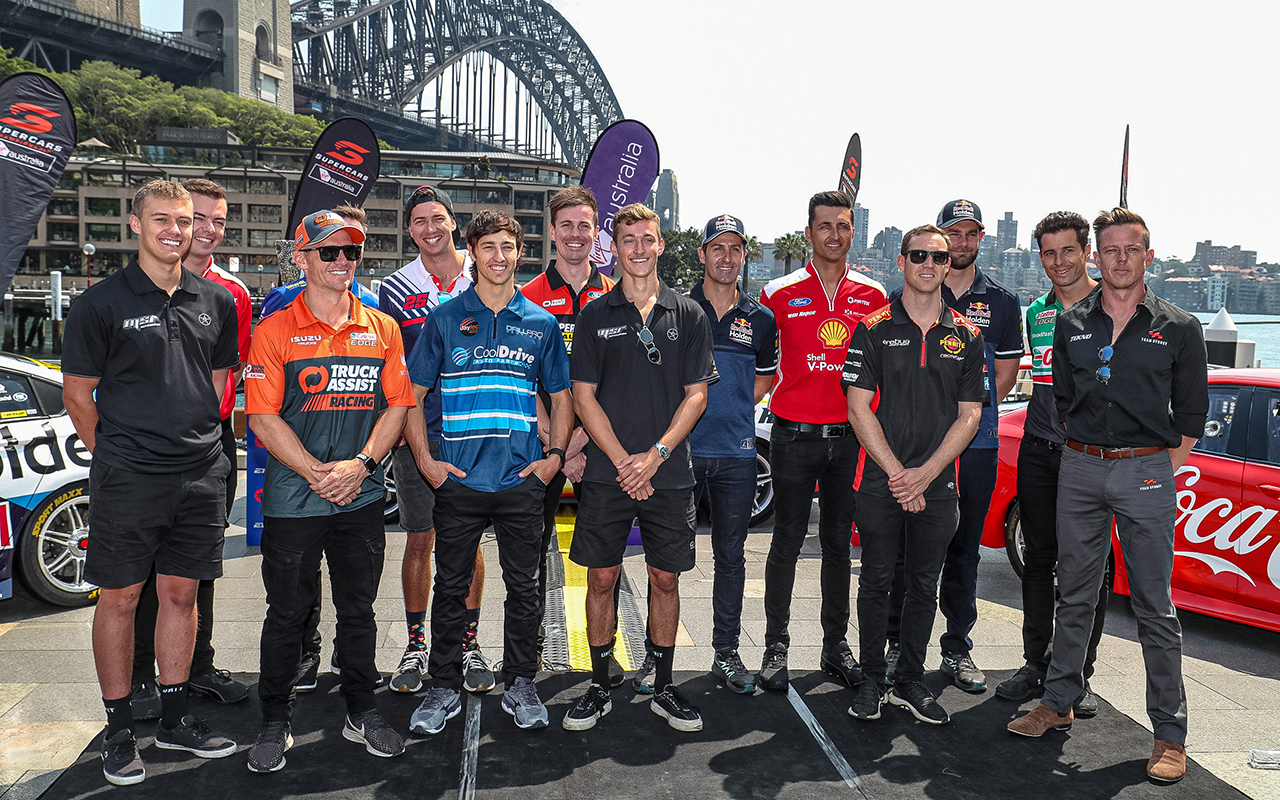 The countdown to the 2020 Virgin Australia Supercars Championship is officially underway, following the official season launch in Sydney.

Star drivers gathered in Sydney to celebrate the start of the 2020 season – which also marks the 60th anniversary of the Australian Touring Car Championship.

A new technical package introduced this year is set to create one of the most competitive years of racing ever, with eight Ford Mustangs joining the grid to take on the ZB Holden Commodores across 14 events.

The season begins on February 20 where drivers will face the 22nd edition of the Superloop Adelaide 500, an event that showcases the best of Supercars on and off the track.

"We are thrilled to be able to launch our season in front of the magnificent backdrop of the Sydney Harbour bridge," Supercars CEO Sean Seamer said.

"There’s plenty of reasons to look forward to this year’s championship, with a new technical package set to improve things on track, whilst the championship moves across one of the most well-rounded calendars we’ve ever had.

“We’ll see at least three of our teams move from solo entries, to two car teams this year which is an impressive achievement and shows the growth potential among our race teams.

“The calendar and new sprint format underpins a more well-rounded profile of entertainment over our event weekends to ensure as many people are able to enjoy everything we have to offer.

“We’ve upgraded our broadcast graphics and there’ll be more behind the scenes programming to make sure that even if you’re at home, you’ll have a front row seat to all the action.

"This year we celebrate 60 years of Australian touring car racing – an amazing milestone to mark what began as a single race in 1960, to now being recognised as the premiere motorsports category in Australasia."

Fox Sports will broadcast every practice, qualifying and race of the 2020 Virgin Australia Supercars Championship, live.