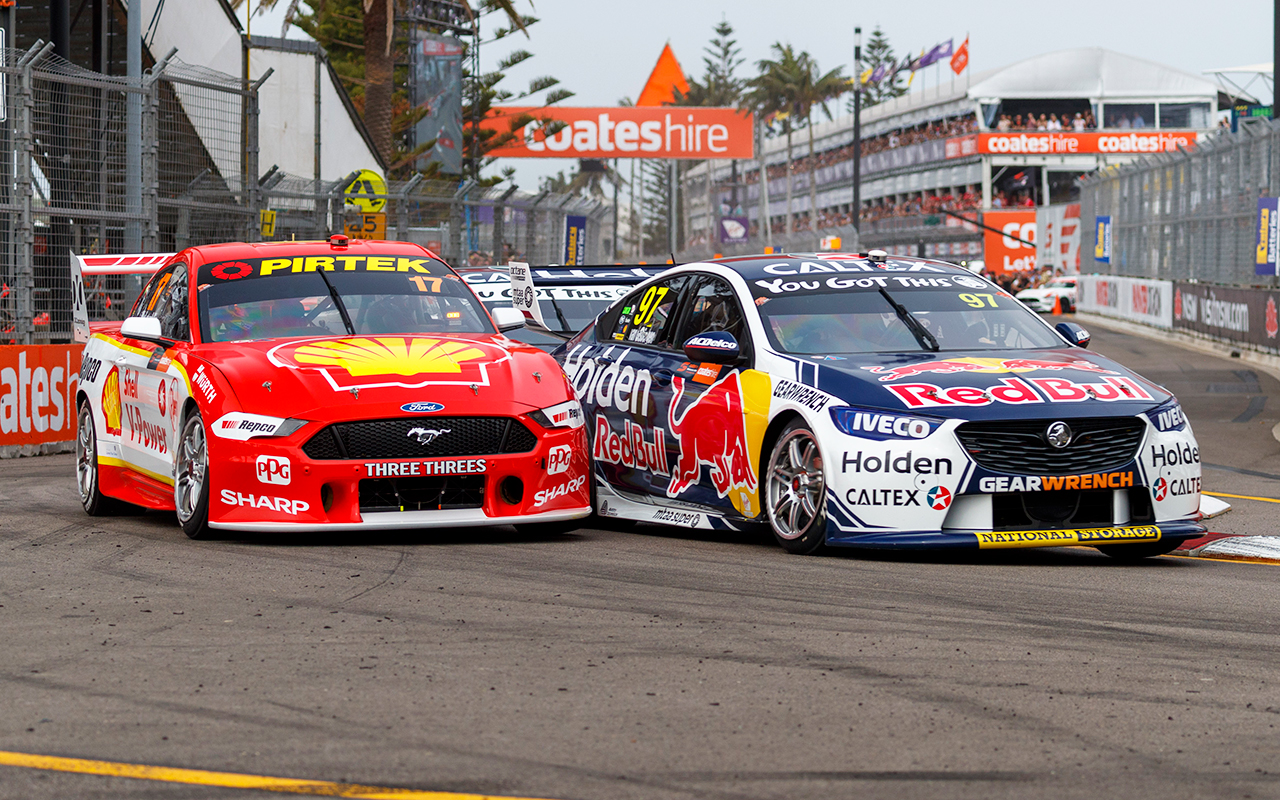 Supercars and its Ford and Holden homologation teams are currently in the final stages of preparation for the latest round of aerodynamic testing, ahead of the 2020 season.

A DJR Team Penske Mustang and a Triple Eight Commodore will next week be run alongside Supercars’ own FG X Falcon baseline car.

Starting on Monday, the evaluation will take place at the Oakey Army Aviation Centre in Queensland, using an improved testing methodology.

Aero parity was a major talking point throughout 2019, with the new Mustang’s dominant start to the championship triggering a series of in-season changes.

The Mustang and the Commodore will both be adjusted for 2020, with Supercars aiming to lower the current downforce levels by 11-13 percent to improve the quality of the racing.

Gradual increases to the amount of downforce produced by the cars over recent seasons, and particularly this year, made it difficult for drivers to follow other cars closely. 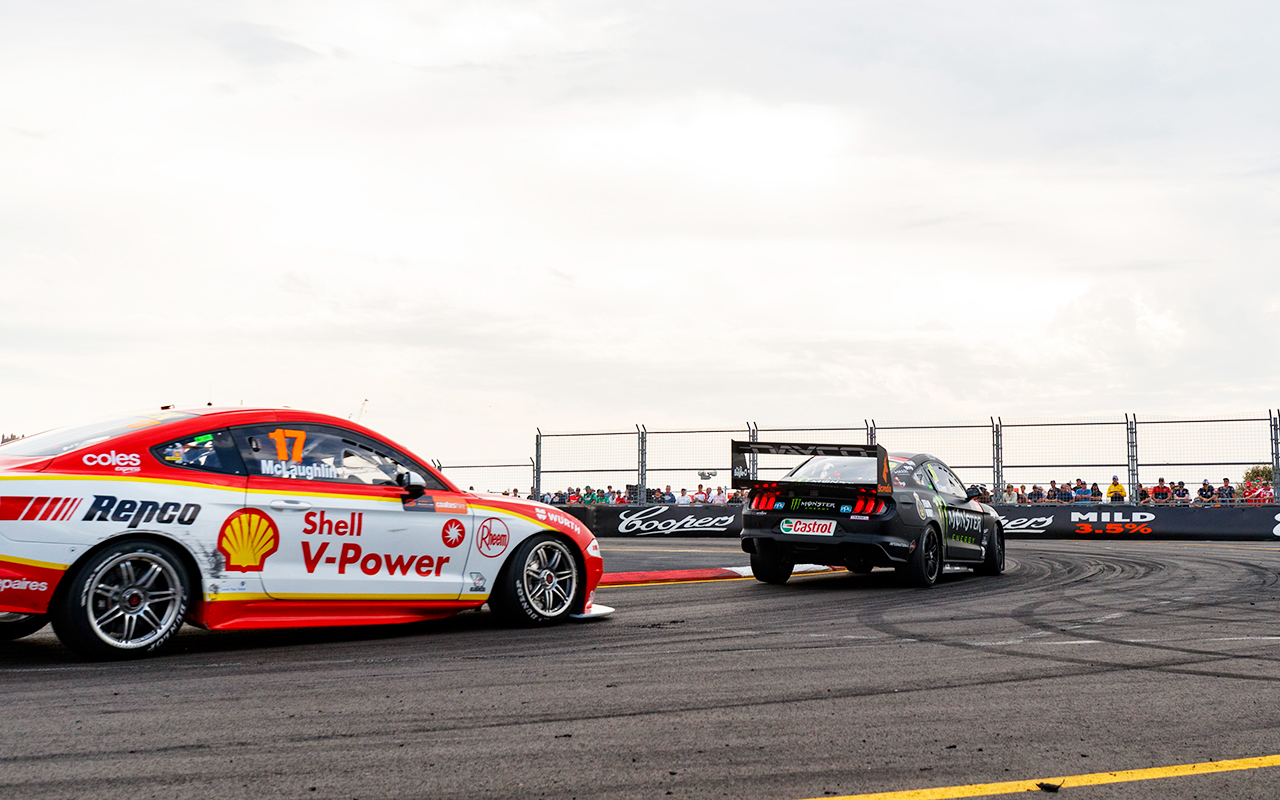 While greater reductions are likely to take place in future, Supercars’ Head of Motorsport Adrian Burgess says the tweaks for next year won’t result in changes to the look of the cars.

“We didn’t want to force the teams and manufacturers to spend money completely redeveloping the cars for 2020,” Burgess told Supercars.com.

“We’ll be able to achieve the downforce reduction without changing the front bar, the rear wing plane or its endplates.

“Essentially we’ll be putting a wedge in the undertray of the front bar to reduce the front downforce and taking angle off the rear wing to balance it out.

“We’ve already got a very good idea of what we need through the Computational Fluid Dynamics [CFD] work we’ve done with [technology partner] D2H.

“Some time ago we gave the teams the CFD and CAD [Computer Aided Design] data, showing the numbers we need the cars to achieve at the test.”

In preparation for the testing, each of the test cars are fitted with identical suspension and set-ups to ensure only aerodynamic factors are being evaluated. 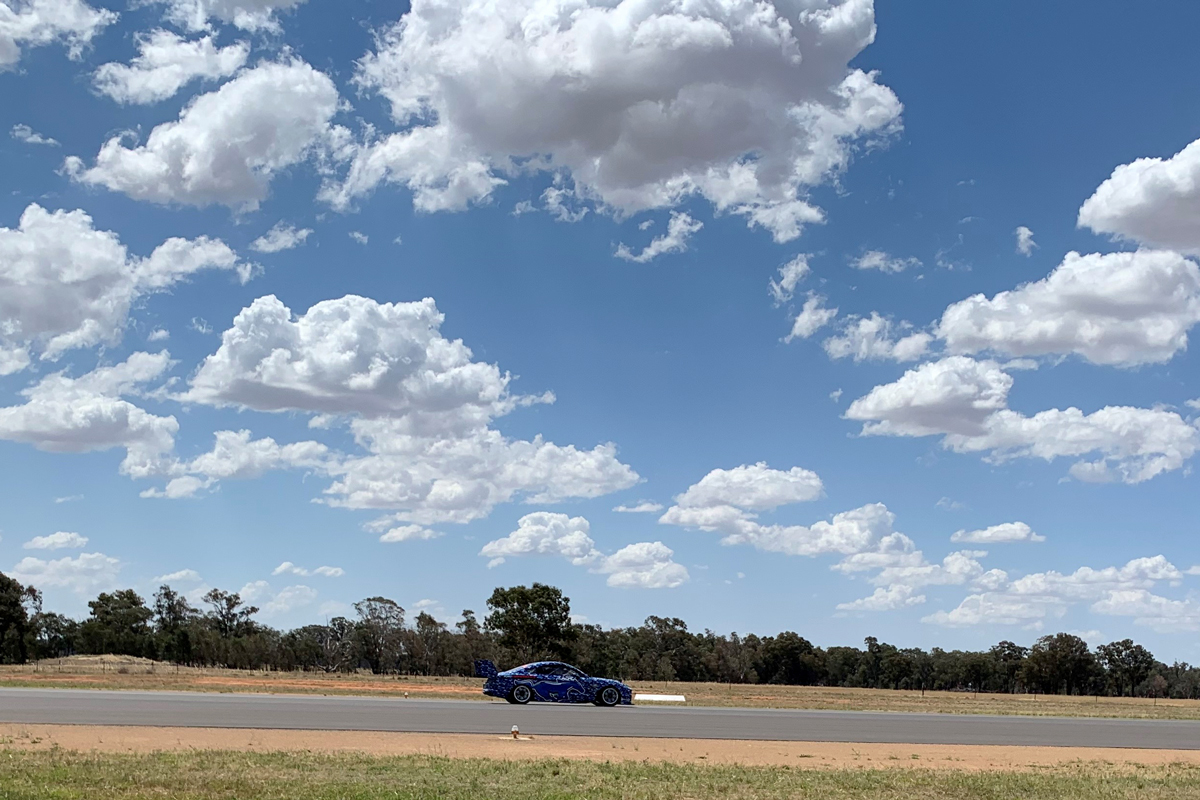 In a crucial development for this year, testing will be undertaken across three different rake angles, replicating the aero profile of each car in the acceleration, mid-corner and braking phases.

That has been made possible by the development of an active damper system, allowing changes to be made quickly between runs.

“In the past we’ve had cars homologated at one ride height and they haven’t necessarily ended up racing in that same window,” explained Burgess.

“The active system allows us to validate the aero performance through the whole ride height range, which hasn’t been the case before.”

The active system has been fitted to the Mustang and Commodore, with a shakedown run having already taken place this week.

Burgess confirmed the VCAT itself is scheduled to take place across the entirety of next week, after which the numbers will be crunched and the final specifications approved by the Commission.

Supercars conducts the testing in conjunction with the homologation teams, with each bringing six representatives to the straightline running.

Triple Eight’s contingent will include its newly appointed technical director Jeromy Moore, who attended the Newcastle 500 as an observer, having arrived in the country last week.