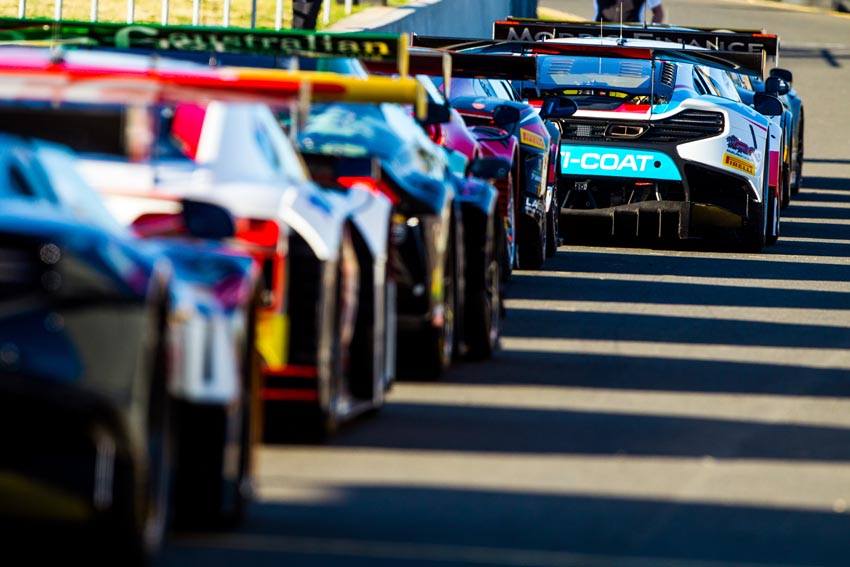 Supercars has reached an in-principle agreement with Quinn to take over the management of the series from 2018.

The deal is still subject to final sign-off and approval by the Confederation of Australian Motor Sport (CAMS).

Quinn and his team have overseen the Australian GT Championship since 2011, with the category a regular feature on the Supercars bill.

Warburton and Quinn today jointly addressed competitors in Brisbane and Melbourne to discuss plans for the class.

“There is an agreement in place with Tony, but it’s still subject to a number of CPs (contract provisions),” Warburton told Supercars.com.

“Today was very important to ensure that the competitors are on board and understand what our vision is.

“Part of that is about forming a SuperGT Commission with elected members that give the competitors a say in the relevant issues.

“We have a strong culture of team involvement in Supercars and would continue that with GT.”

The SuperGT Commission is expected to include three competitors alongside Warburton, Supercars’ sporting and technical David Stuart and consultant John Casey.

Supercars already has a relationship with the bulk of the GT competitors having run the Bathurst 12 Hour for the last two years.

Following today’s meetings, competitors shared their enthusiasm for the extra resource that Supercars can bring to the championship.

“There is a commitment there to work together with all parties, including Ken as manager, to make it even better than it is,” Mercedes owner/driver Scott Taylor told Supercars.com.

“It’s not broken but the depth of resources that Supercars can bring will make it more polished, whether it’s the technical side or the driving standards, all of that.

“GT racing is a premium level category and it needs that resource and professionalism behind it that Supercars has.”

Andy McElrea, whose team prepares cars in the series for customers alongside similar commitments in Carrera Cup, stressed the importance of competitor involvement.

“One of the really good things to come out of the day is the Commission plan,” added McElrea.

“Having three representatives for the teams and drivers ensures the competitors get their say as the category grows.

“For us we certainly want to make sure that the extra resource going into it won’t add more cost, but I’ve got no doubt that having Supercars behind it will take the category forward.”

04/09/2017
Stay In The Know
Sign up to the Virgin Australia Supercars Championship Newsletter
This website uses cookies to improve your user experience. By continuing, you will be providing your consent to our use of cookies.Ok