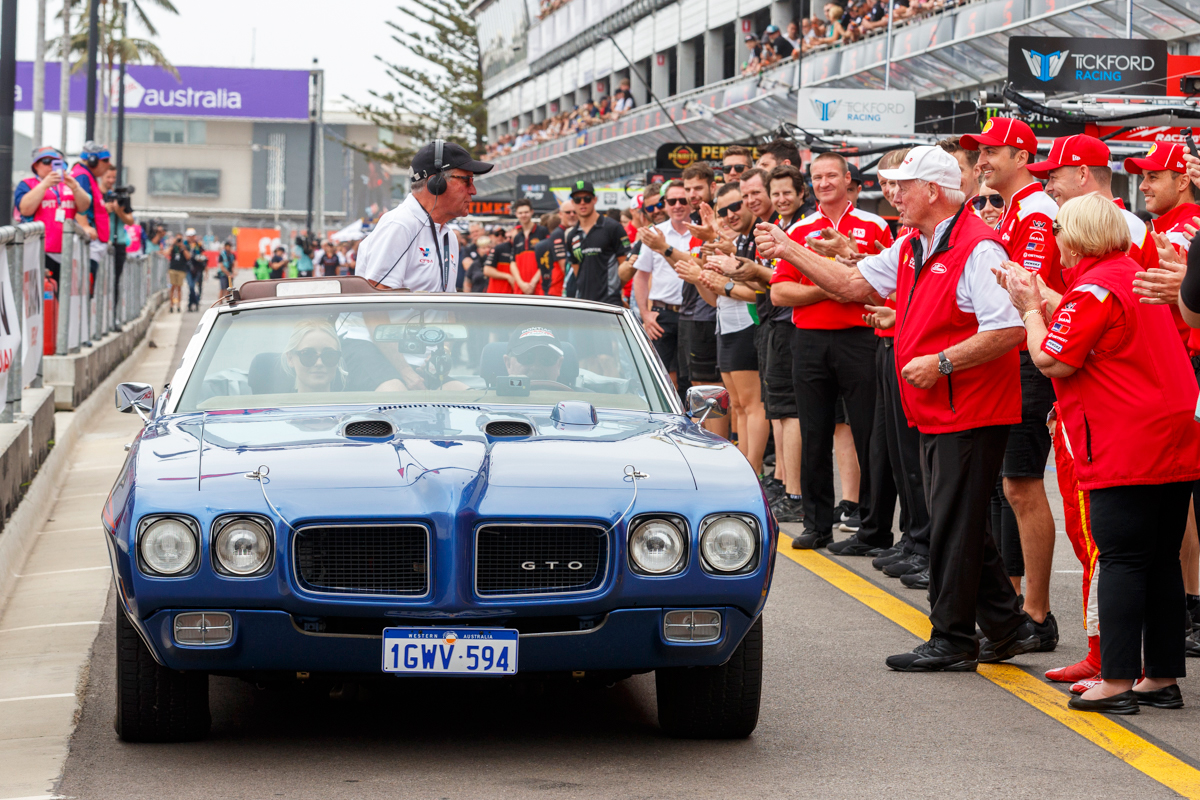 Garry Rogers has received a standing ovation in pitlane at the Coates Hire Newcastle 500, as his team undertakes its final Supercars event.

GRM is departing Supercars after 24 seasons, having been responsible for bringing through a host of young talent into the category.

Rogers, 74, was inducted into the Supercars Hall of Fame in 2015 and is renowned for adding colour and a sense of fun to the paddock.

His contribution to Supercars was recognised with a parade lap of the circuit, which concluded with a trip down a packed pitlane. 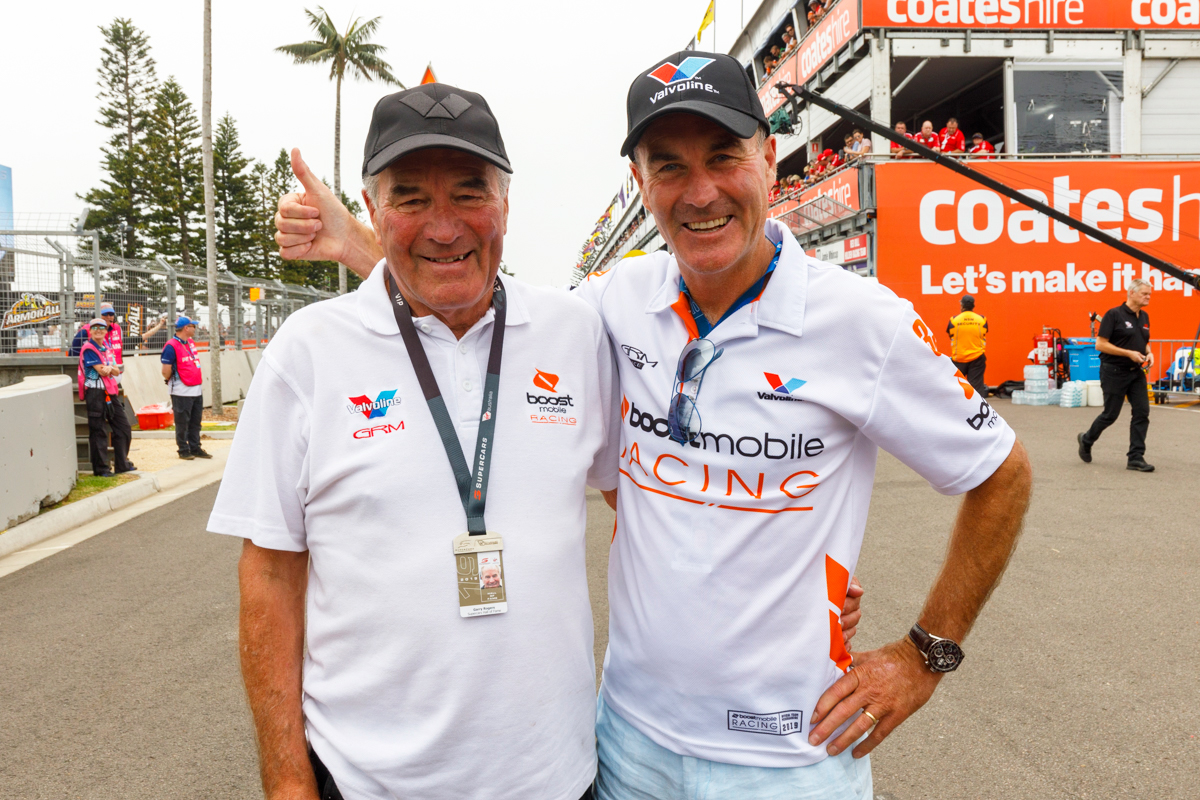 “Seriously, I’ve enjoyed it all,” Rogers told the television broadcast of his Supercars tenure during his parade lap.

“Probably the highlight has been the people I’ve worked with in my team, I’ve had such a great bunch of people.

“We love to have a bit of fun in our life and we’ve been able to do that pretty much all the time.” 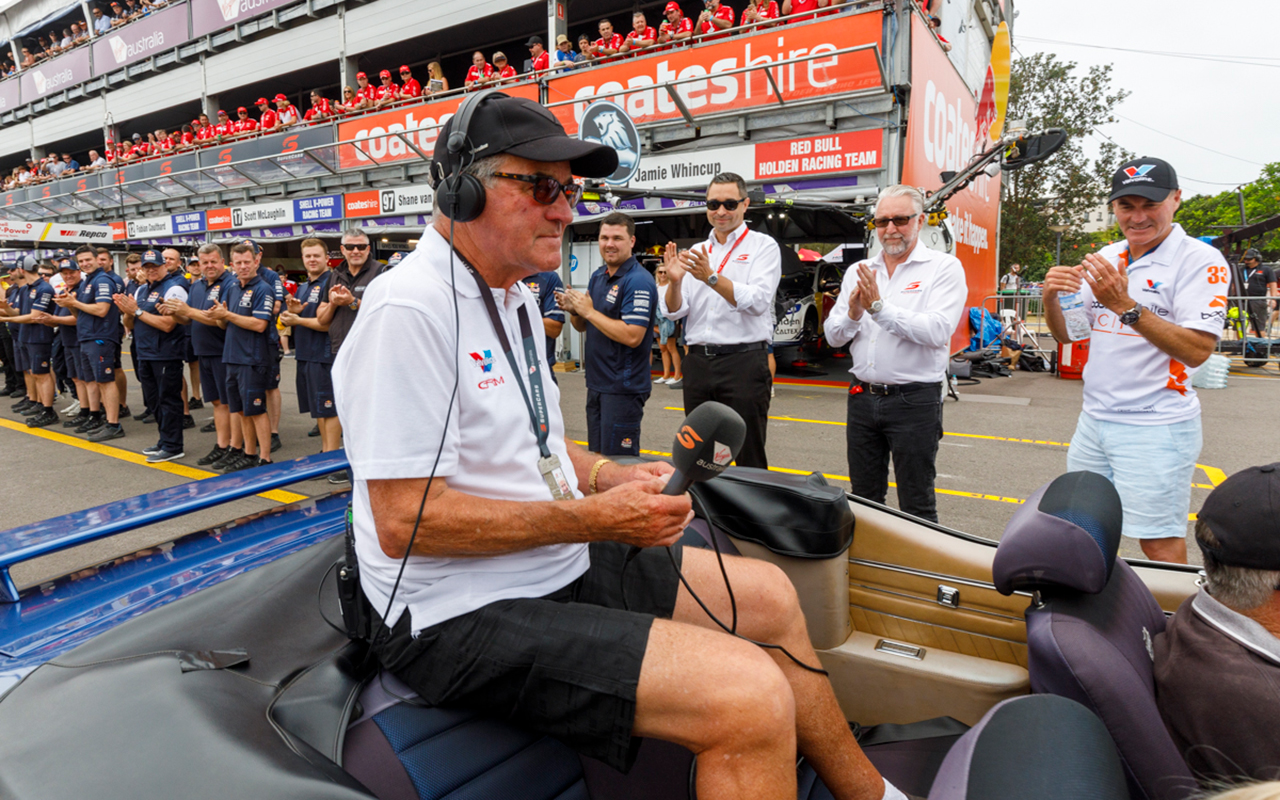 The team also enjoyed a purple patch of form from 2014-16, when it campaigned Volvo S60s with factory backing from the Swedish marque.

That era was spearheaded by Scott McLaughlin, who made his full-time main game debut with the team in 2013, before eventually moving to DJR Team Penske four years later. 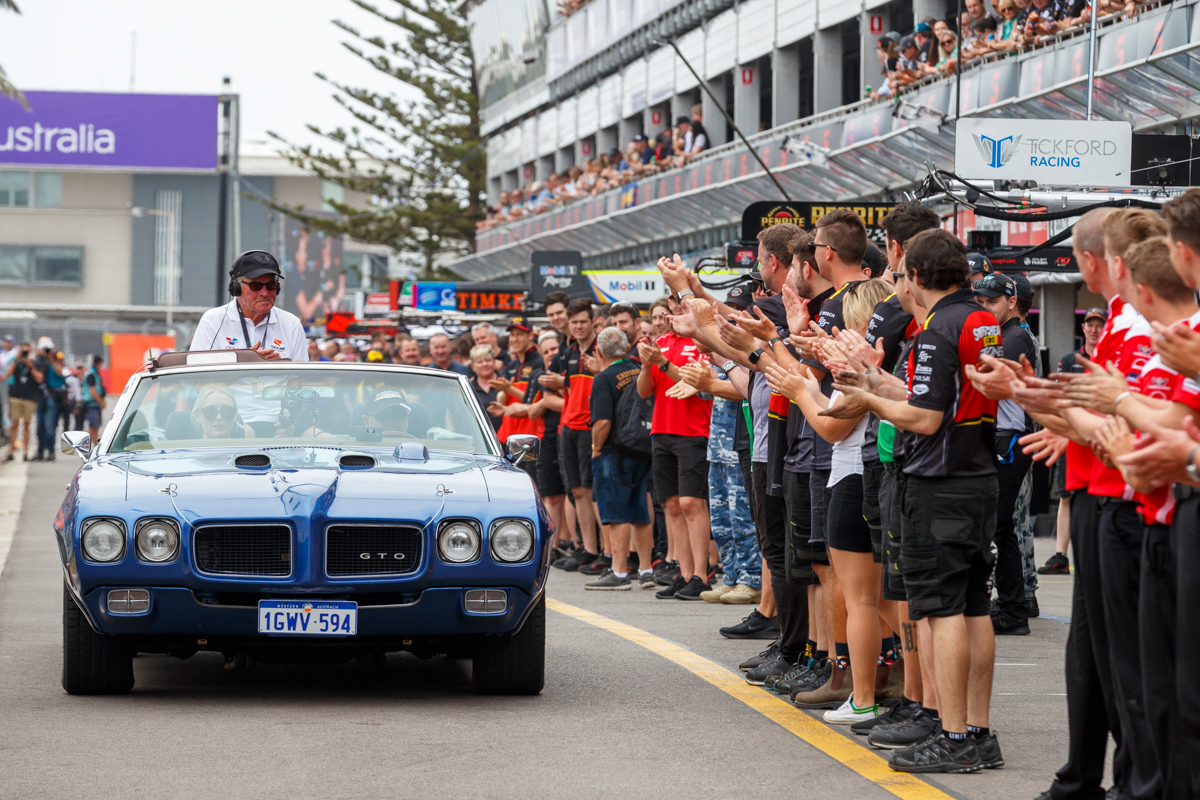 Others to have had their first full-time start with GRM include Jamie Whincup, Tander, Steven Richards and Bargwanna.

Whincup though ended up being sacked by Rogers after his rookie season, before going on to win a record seven Supercars titles with Triple Eight.

“That was a very smart move of mine,” quipped Rogers.

“I knew that his wellbeing was elsewhere and if I could get rid of him he’d go on and have a big successful life and he has.”