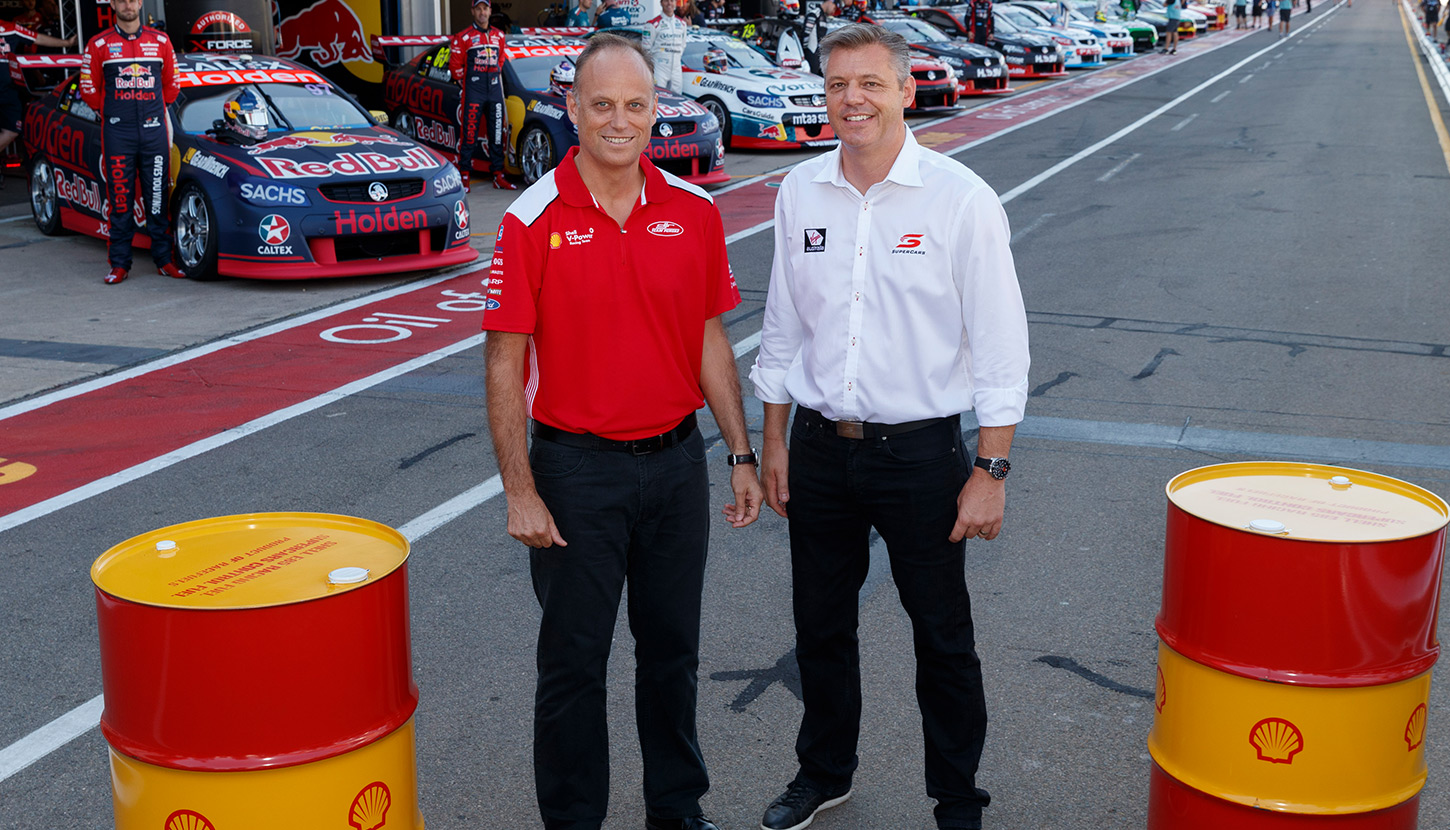 The Virgin Australia Supercars Championship today announced Shell Fuels as an official partner for the next three years.

“Shell is renowned globally for its quality fuels so having the brand officially associated with Supercars is a coup in Australian motorsport,” said Warburton.

“Our race teams and our fans want the best for their vehicles and Shell strives to achieve this – annually they invest $1.5 billion in research and development to advance fuel products.

“Supercars lie at the heart of Australia’s love of motorsport so it’s exciting that we are extending our support in such a big way,” said Scott.

“Shell looks forward to sharing its technical expertise with Supercars and is committed to continuing a shared focus on innovation and performance.

“The advances Shell has made in fuel technology continues to flow through to motorists who can buy these premium fuels from Shell branded service stations nationally.”

The sponsorship comes hot on the heels of the launch of the Shell V-Power Racing Team in partnership with DJR Team Penske, which sees Shell V-Power branding on both the No. 12 and No. 17 Ford Falcon.

“The Shell V-Power Pit Stop is the first of its kind in Australia – the simulated pit stop experience means race fans can see if they have what it takes to get a Supercar out on the track in record time,” said Scott.

“It certainly gives Supercars fans an insight into the thrill of racing.”