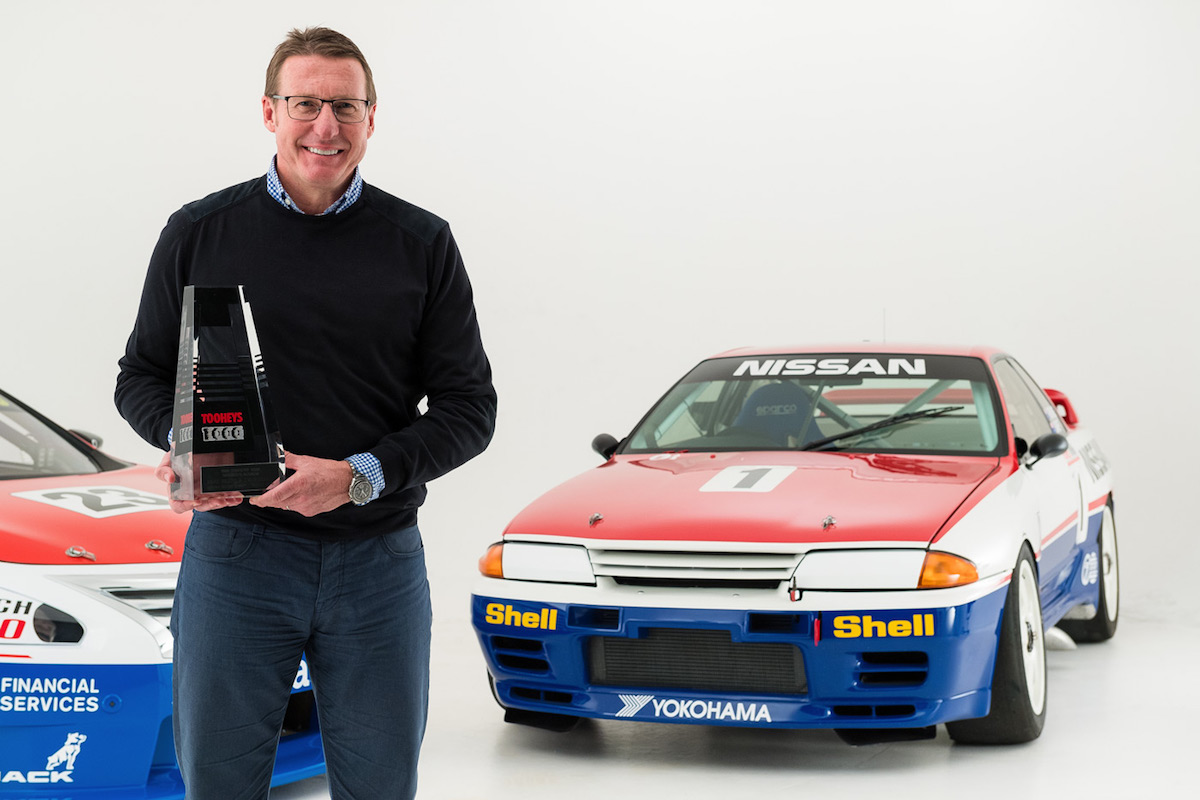 This weekend’s Supercheap Auto Bathurst 1000 is shaping up to be another modern day classic, according to six-time winner Mark Skaife.

Three days of practice and qualifying build to race day, and despite a mammoth 1000km race the final lap often comes down to a tiny margin and major fight in the closing laps.

Even those like motor racing legend Dick Johnson – who has been to more than 30 Bathurst 1000s as a driver and now team owner – can’t help but be captivated by the hallowed motorsport land.

“When you think about the number of races that finish with such small margins over the last 10 years, it’s unbelievable,” Skaife told supercars.com.au.

“It’s almost the course of the race now because you have to have track position and car speed with everything going for you at the end – that’s fresh tyres, good brake pedal, the best driver in at the time the conditions suit you or don’t, meaning the car has been tuned the right way through the course of the day – and it becomes a sprint.

“It’s an extraordinary race if you think about it, it’s a 1000km race and often it’s a 15 lap sprint so I hope that’s the case, because I love it.”

Skaife thinks we probably won’t see a surprise winner, but after tipping Jamie Whincup/Paul Dumbrell for their second win as a pair, another half-dozen contenders rolled off the tongue.

“There are a couple of teams that will or could surprise,” he said.

“I don’t think you can discount Rick and Russell (Kelly and Ingall, Nissan) just because of experience and not making mistakes. I think the other one is on the total opposite scale is Cam Waters and Jack Le Brocq because they are a couple of fast young blokes and if they stay out of trouble they could surprise a few at the end.”

After Garth Tander’s win at the last event, Skaife had faith they would back-up and perform well.

“HRT is going to be stronger here then at Sandown.

“I think it’ll be interesting to see how Winterbottom and Chaz respond, and you can’t take Scotty McLaughlin out of that in terms of pace.

“But how this race runs, you just never know. The red mist descends for the first five of ten laps, silly mistakes get made – thinking on your feet is just critical to the result and you know with a sprint race at the end anything can unfold.

“I think Jamie is probably my favourite and I think Shane and Jamie will be a huge battle – and you can’t discount the bloke in the Caltex car.”

Craig Lowndes heads to the weekend as returning champ and 10 years on after Peter Brock’s passing, would be a sentimental favourite for many. He’s gunning for seven wins, to equal Jim Richards ­– his co-driver’s father.

“Even without another Bathurst win, he is still one of the greats – there is no doubt about Craig Lowndes’ credentials,” Skaife said.

“To equal that with JR is extraordinary. I have been fortunate enough to be teammates with both of them and I’ve seen them at their very, very best – they are extraordinary race car drivers.

“JR won with me here when he was 55. If Craig is motivated and he is fit and enjoying, it Craig can probably continue to drive until he is 50 or more … the key for Craig and his longevity is his ability to stay sharp, focused and invigorated and just enjoy it.

There’s a blast from the past on-track this weekend with the Michael Caruso/Dean Fiore Nissan Altima running a livery paying tribute to the Nissan Skaife and Richards drove to victory in 1991. 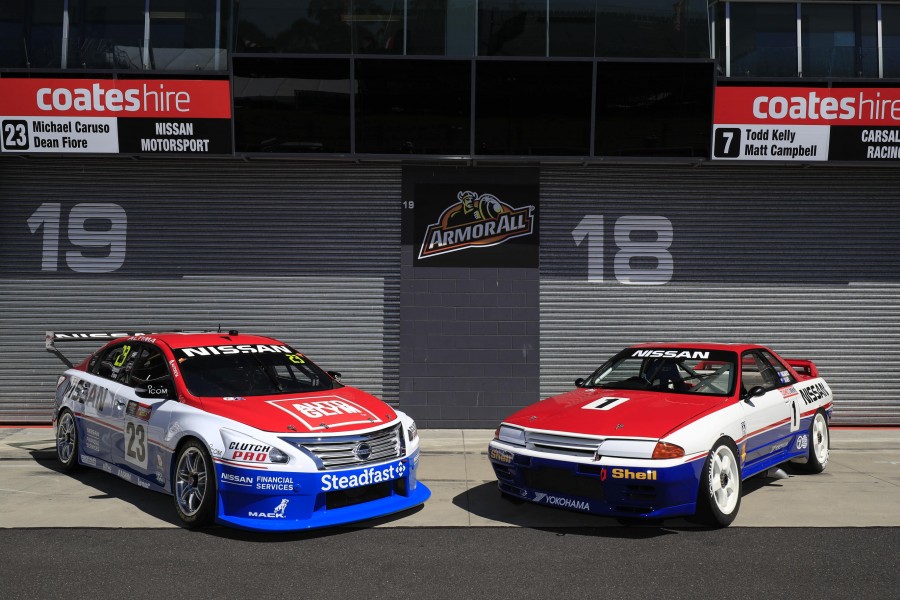 “I love it the look of it, I think it’s great to celebrate retro. Twenty-five years on you look at the car and how they’ve changed.

“The way that that car achieved its speed versus how some of these modern cars achieve their speed its extraordinary it’s great to see and that Nissan is celebrating that. I think it’s really positive thing three years in a row to celebrate significant events in motorsport participation, so hats off to Nissan.”

The Supercars hit the track for the first time at this year’s Supercheap Auto Bathurst 1000 at 10.45am for all drivers.