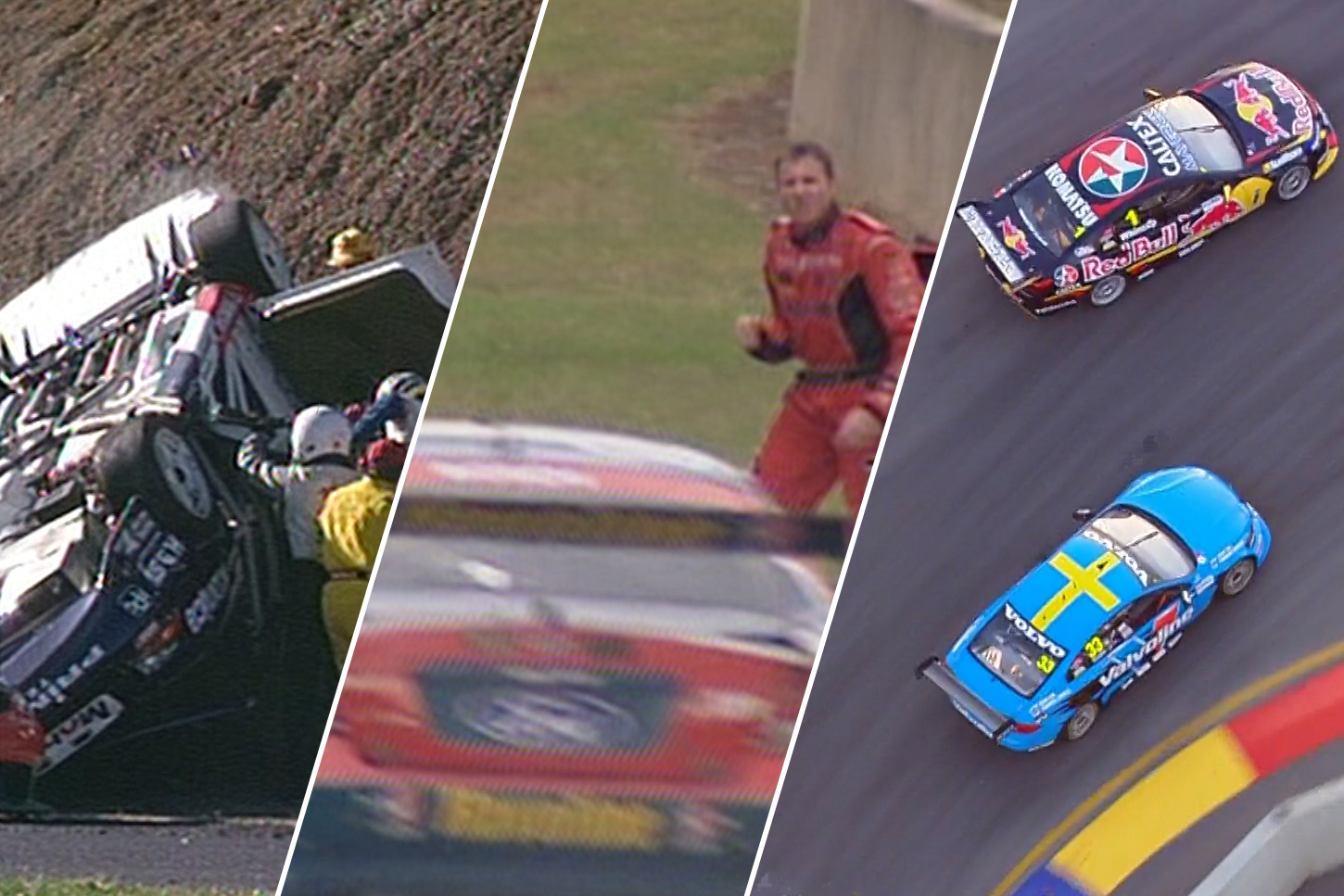 Supercars' extensive TV library is being opened up, with classic races to feature on the new SuperArchive on-demand video system.

Now live, SuperArchive brings fans nearly two decades of racing to enjoy all over again, from the championship's formative days in 1997 through to 2014.

A library of 10 races will be online at any given time, with two new races added each week.

The first block spans Peter Brock's Supercars farewell at Oran Park in 1997 through to Scott McLaughlin's 2014 'gave it some jandal' moment in Adelaide with Volvo.

A 12-month SuperArchive subscription is available for just AU$59.95, with races able to be watched on desktop, tablet and mobile web.

From Barbagallo to Bathurst and Ambrose to van Gisbergen, SuperArchive is the place to get your Supercars nostalgic fix.

Lowndes' Adelaide Sunday drive
ADELAIDE 1999, SUNDAY: Supercars hits the streets of Adelaide, with Saturday victor Lowndes starting at the back.

Rollover puts Lowndes' season on ice
CALDER 1999, RACE 2: Mayhem and mateship in Melbourne, as Lowndes crashes spectacularly on the run to the first corner.

Shriek at the Creek
EASTERN CREEK 2003: Mark Skaife and Russell Ingall clash in the season finale, one of the most controversial moments in Supercars history.

Skaife fights JR and the elements
SANDOWN 2003: Skaife faces a late charge from Jason Richards in the fight to win a hail-hit classic in Melbourne.

A Ford vs Holden thriller
SANDOWN 2006: Ford chases a Sandown 500 hat-trick, and its factory squad a first piece of major silverware in a thrilling finish.

Get 'em or have 'em off
BARBAGALLO 2012, RACE 3: Drama and controversy as Jamie Whincup takes the fight to Ford Performance Racing.

The Great Race turns 50
BATHURST, 2012: Who will prevail in a Mount Panorama milestone?

24/09/2018
Stay In The Know
Sign up to the Virgin Australia Supercars Championship Newsletter
This website uses cookies to improve your user experience. By continuing, you will be providing your consent to our use of cookies.Ok