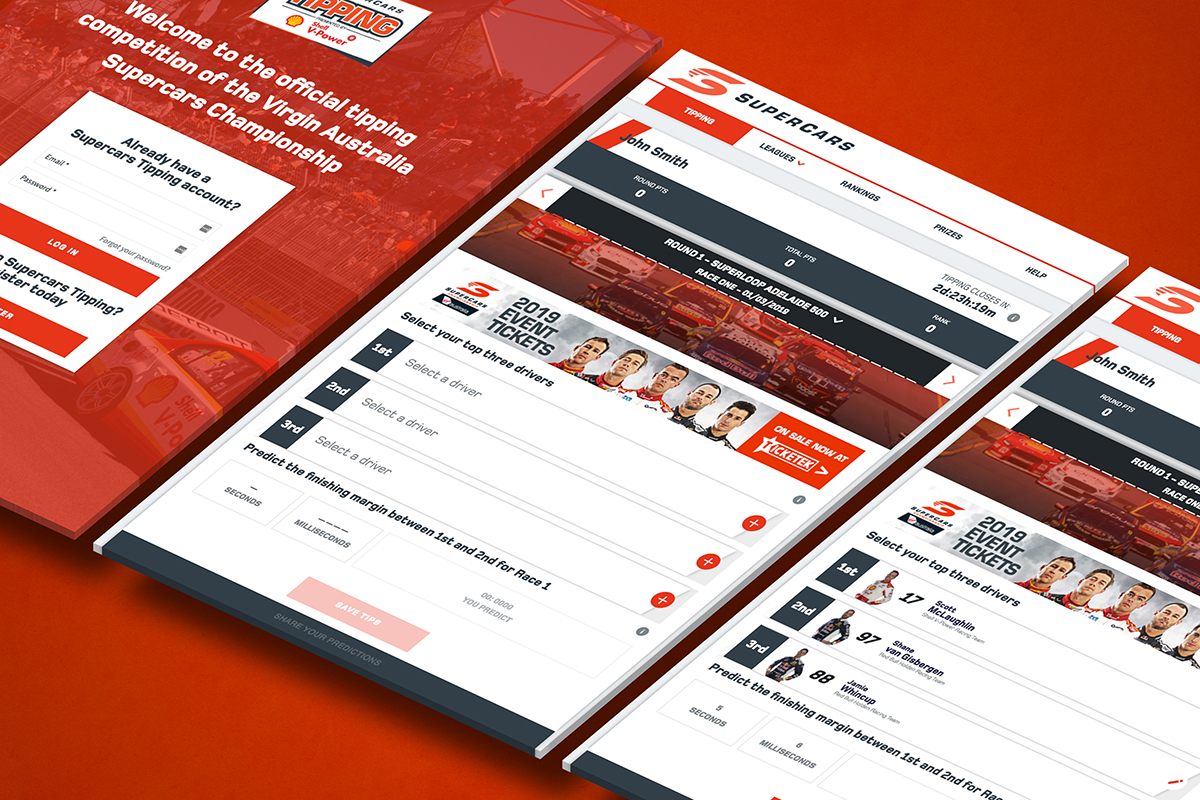 Supercars' inaugural official tipping competition is now open, with thousands of dollars worth of prizes on offer for top tipsters who follow the 2019 Virgin Australia Supercars Championship.

Supercars Tipping presented by Shell V-Power allows fans to start or join a league to compete against family, friends and colleagues.

With entries now open, fans will be able to tip their top three finishers for each race, scoring points for drivers they correctly pick.

A range of prizes is headlined by a trip for two to the 2020 Superloop Adelaide 500 including flights, accommodation, course car experiences, grid walk and Virgin Australia Paddock Club tickets for the overall winner of the competition.

There will also be 15 round-by-round prizes for the top two of each championship event, with $100 and $50 vouchers on offer for the best tipsters of each race weekend.

All prizes can be won by entrants based in Australia.

Tipping is now open and will run through to the final round of the 2019 season, the Coates Hire Newcastle 500 on November 22-24.

Tipsters can sign up, place their tips and check their rankings and results at tipping.supercars.com.