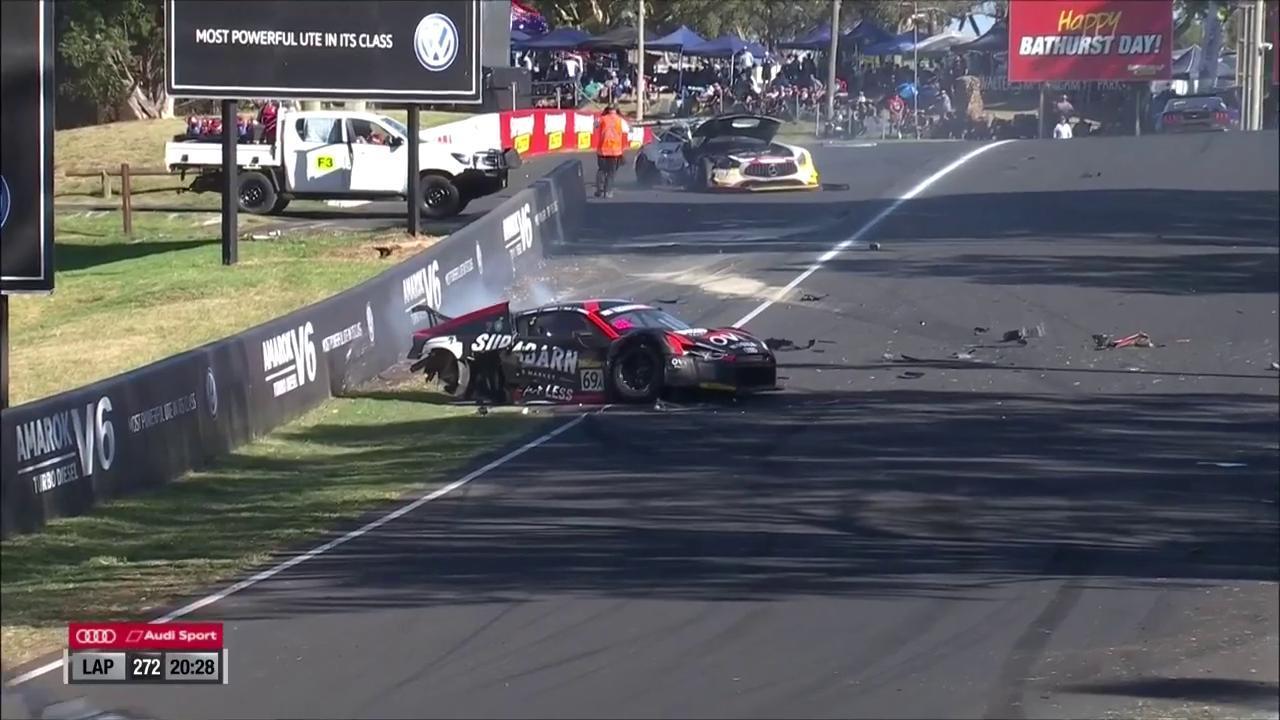 The Supercars Commission will investigate additional warning systems to help avoid repeats of the collision that ended the Bathurst 12 Hour.

A clash between an outright Audi and lapped MARC Car between Sulman and McPhillamy Park in the final hour of the GT race left the former strewn across the racing line.

While several cars avoided the Ash Walsh-driven Audi, it was then collected by the Mercedes of John Martin, hospitalising both drivers, who avoided serious injury.

The Supercars Board has tasked the Commission with researching technology that could help warn drivers the circuit is blocked ahead.

“It really shone the spotlight on the focus of giving the drivers every opportunity to wash off speed to avoid that sort of incident.

“It was discussed at Board level, the Board agreed to task the Commission with looking at early-warning systems to consider what could be implemented in-car or through marshals trackside.

“We will be looking at ways to give the driver every opportunity to know very clearly the track’s blocked and to be able to wash off speed.

“It could be a warning system in-car, which could potentially be activated from, say, race control in a serious situation when the the circuit blocked.

“The Commission will investigate what’s going to be the best system, then make a recommendation to the Board for approval.”

The research is likely to include, but not be limited to, alerts on the dash inside drivers’ cars and trackside warning lights.

Systems were researched following a similar incident during the 2008 Bathurst 1000 weekend, involving Paul Weel’s Commodore and Chris Pither in a Team Kiwi Falcon.

Technology at the time, though, did not lend itself to implementation, and Howard said that would again be the core requirement.

“The view is to find the right system that works that is absolutely foolproof and then to implement it as soon as possible,” he said, when asked if the view was to have a system in place for this October’s Great Race.

“It’s got to be a 100 percent foolproof system.

“There’s always still the marshals and the flag marshals, but this would be a system that drivers could benefit from an instant warning.

“It’s hard sometimes, the drivers are in the heat of battle and may be obscured from a flag or something.“

14/02/2018
Stay In The Know
Sign up to the Repco Supercars Championship Newsletter
We use cookies to ensure that we give you the best experience on our website. If you continue to use this site we will assume that you are happy with it.Ok